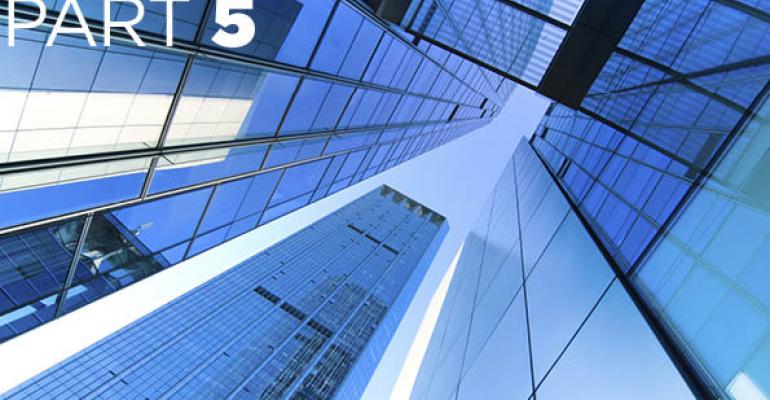 Part 5: Are Cap Rates at the Peak?

Investors continue to exhibit a healthy appetite for office properties. Over the next 12 months, nearly half of respondents (49 percent) plan to hold properties, while 28 percent said they plan to buy and 23 percent plan to sell. In particular, demand for trophy assets in major metros from both domestic and international buyers is pushing prices to record highs. Chicago, for example, has seen a record office sales volume year-to-date through October with $6.4 billion in office properties trading, according to real estate services firm JLL. And the recent sale of 333 W. Wacker Drive set a new high watermark in pricing at $320.5 million or nearly $370 per sq. ft.

In Southern California, class-A properties are selling at cap rates of 5.5 to 5.75 percent. “Any institutional quality asset that comes to the market for sale is receiving multiple bids and, frankly, [they] are selling over values more than I thought possible after 30 years in this business,” says Martin.

Certainly, whether cap rates are predicted to rise, fall or remain the same has a lot to do with individual geography. Cap rates in first tier markets such as New York, San Francisco and Washington, D.C. have already seen compression and have likely reached a bit of a plateau or a bottom for cap rates with some office properties selling at cap rates that have dipped below 5 percent. That pressure on cap rates is continuing to push capital out to secondary markets that offer higher yields, such as Minneapolis, Denver and Seattle.

“I think you will see very steady cap rates in the year to come, even as interest rates start to move up,” says Silverstein. Historical trends over the past 20 years show that interest rate increases do not correlate with increases in cap rates. Added to that, the lack of new construction has produced upward pressure on rental rates in many first and second tier core markets. “I also think that as you see more rental rate growth you will see more investors excited about, not just the current returns, but the future returns,” he says.