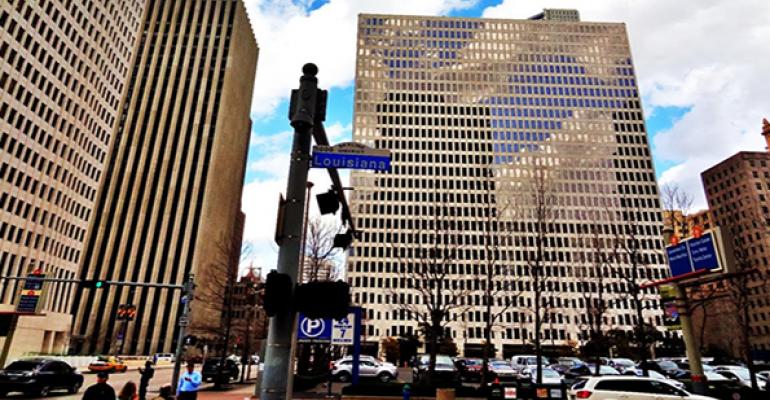 Aging office buildings constructed more than 20 or 25 years ago face stiff competition from newer models that feature more amenities, smart technology, modern designs and energy efficiency. These days, in order to remain competitive, older buildings need much more than a facelift or a lighting retrofit.

Owners of older properties oftentimes need to rethink their relevance and find ways to reposition in a new environment. “Awakening” these aging assets was one of the topics discussed at the CoreNet Global North American Summit last week in Washington, D.C. The aging inventory of office buildings in Central Business Districts (CBDs) across the country puts the issue front and center for property owners.

In primary markets, the vast majority of office buildings were built prior to 1990—before the Internet, smartphones, green building practices and “smart” building automation.

“Those technological changes have really redefined the way that [companies] engage with these assets,” says John Clegg, a principal at Page, an architecture and engineering firm based in Washington, D.C.

Many older office buildings have difficulty competing with new class-A properties and tend to slide into the class-B or even class-C territory. That decline translates into lower rents, and in some cases, lower occupancies. The big question is how to best revitalize those properties to maximize their value potential.

“What we’re really talking about is how to get smarter about an asset. How do you find value that you might not know is there?” notes Jamie Flatt, an associate principal at Page.

Making the necessary improvements could translate into hundreds of millions of additional dollars in rental revenue per year, notes Flatt. “So, there is huge potential if owners are willing to rethink what these assets are and shift their prospective goal market,” she says.

Case in point is Two Shell Plaza, which was developed in the early 1970s. Busycon Properties LLC, an affiliate of Enterprise Products Company (EPCO) in Houston, is currently working to reposition that property. The goal for Two Shell is to move it out of the Tier III category (Houston’s equivalent to class C) and into Tier II (class B), notes Darrell Kainer, vice president of the facilities division at EPCO.

Busycon plans to hold Two Shell long term, and as such the company was looking at its competitive position in the marketplace today and in the future. For example, Houston has two new office towers under construction. “Although that might not be our direct competition, we are still in that marketplace where people are going to weigh the benefits of being in a brand new Tier I building, or can they get the same value out of a Tier II building that has been repositioned,” says Kainer.

In addition, the timing was right for a repositioning. The building’s main tenant, Shell Oil, vacated 82 percent of the property.

Besides a major re-design, one of the key changes made during the multi-million renovation was to give the building better curb appeal. Previously, the main entrance opened on Walker Street. However, Louisiana Street is the premier address in downtown Houston. So by moving the main entrance of the building, the owners were able to garner a new address and a new name for the building as 811 Louisiana.

Ultimately, Busycon hopes the repositioning will help achieve a significant increase in rental rates. One survey of area brokers found that the building could increase rents by as much as 30 to 40 percent upon completion of the project. The improvements also are expected to speed-up lease-up from 36 months to potentially 18 months.

In some cases, aging buildings need to be reoriented to take advantage of changes in the broader market. Many downtowns have seen the addition of new transportation hubs, stadiums, ballparks and riverfront revitalizations. Those things serve as activity drivers. An aging building might be located in close proximity to new area amenities, but may not be taking full advantage of that traffic and energy, notes Clegg.

For example, 811 Louisiana is located on the main thoroughfare to Houston’s theater district. As a result, one of the implemented changes was to create more dramatic exterior lighting to illuminate the base of the building at night.

Another key step is to take a closer look at where the persistent vacancies are within the building, notes Clegg. For example, if vacancies are higher on the first six floors, an owner might want to consider alternative uses such as fitness centers, restaurants, retail or residential units.

For example, the 919 Milam building in downtown Houston was built in 1956. One of the issues with the building was that it didn’t have any parking. As part of a larger renovation, the owner converted the first four floors into a parking garage within the building’s existing envelope.

“From a marketplace standpoint, it made it much more desirable to be in when people could park at the base of their building and just go in versus having to park elsewhere,” says Clegg.

Owners should also look at how people arrive at the property. Where are the key entry points and what is the experience for people as they arrive? In some buildings, the entry for commuters is through the parking garage. So it is important to incorporate those different areas as part of a repositioning, and make sure the design is cohesive with other parts of the rest of the building, says Clegg. There are very simple things like furniture, signage and plants that bring everything together, he adds.