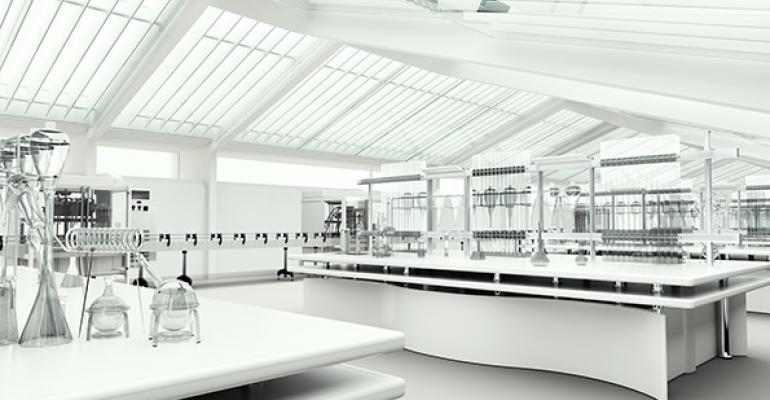 Life sciences real estate is currently in that sweet spot of having strong occupancy and rental rates throughout the country, while also being just enough of a niche property type that overbuilding is nowhere close to a threat.  Among the cities that serve as major life sciences hubs are primary markets including Boston, San Francisco, New York and the Washington, D.C. suburbs, as well as Seattle and San Diego.

One company that’s focused on these markets specifically is Alexandria Real Estate Equities Inc. The REIT owns and leases 24.5 million sq. ft. of life science properties, including a recent deal with Merck to take a 294,000-sq.-ft. building going up in south San Francisco. Peter Moglia, chief investment officer for the REIT, says life sciences real estate has never been stronger. Recently, he talked with NREI about the outlook for the sector in 2017 (the answers have been edited for clarity).

NREI: What is the demand like today for life sciences real estate?

Moglia: I’ve never seen the kind of demand that we have today. There are a number of trends that are pushing our rents and occupancy up. For example, you have more collaboration. More than 50 percent of prescription revenues today come from therapeutics that were discovered outside of commercial companies. That’s a pretty large increase from 34 percent 10 years ago. What that tells us is that large pharmaceutical companies are coming into our clusters to collaborate with the smaller biotech companies, because they’re seeing that it is a more productive business model—to come in and acquire either drugs that have been de-risked from the smaller companies that are in clusters, or acquire the know-how for particular technologies that they may not have in-house, basically externalizing innovation.

Years ago, the model was that big pharma companies located in New Jersey, or Pennsylvania or New York; they would have their own research campus try to discover therapies and go through the clinic with them, and eventually a drug would occur. Well, that model broke, and productivity fell off a cliff. In the meantime, the biotech industry was started and flourished, with these nimble companies that were very innovative and came up with new technologies. These were some of our first customers. Over time pharma decided ‘Hey, these guys are really productive, let’s go and collaborate with them or purchase them to create a more efficient model.’ This has driven demand into the core markets, where the predominant academic research occurs.

We’ve also seen the FDA become much more productive. There was a 64 percent increase in new drug approvals in the most recent timeframe of 2011 to 2015, compared to 2006-2010. The FDA also reduced the average review period for a new drug by 61 percent. What that has done, by increasing the amount of drug approvals and doing it faster, it’s allowed investment into R&D to be monetized and reinvested. That’s overall good for our business, as it creates more demand for lab space.

Lastly, there’s the 21st Century Cures Act, which was recently signed by President Obama. The act will increase the National Institutes of Health budget and fund basic bio-science research. Those funds will go to entities that lease space from us. We’re already seeing an uptick in demand from the suburban D.C. market due to this funding.

NREI: This past decade saw a number of large-scale merger and acquisition deals in the life sciences sector. Do you think this activity has played out, or are there more deals yet to come in the next three years?

Moglia: I think that mergers and acquisitions are always going to be a part of the landscape in life sciences, but I don’t think you’re going to see as much large consolidation as we’ve seen the past few years. I think you’ll see a continuation of big pharma merging with bio-tech to get the technology and talent that resides in those companies. That trend is sure to continue, as it’s a much more productive model.

NREI: With rental rates rising by double digits in some life sciences markets over the past few years, such in Boston/Cambridge, San Francisco and San Diego, would you say that tenants are concerned enough to pause on new leases or change tactics on location or office size?

Moglia: The best companies spend a lot more money on human resources than on real estate, so even though rents are going up, these companies still have the cash flow and investment to take class-A space. They see this high rent as an investment, and the ability to hire the best and brightest, and to be in a location to collaborate with the best research institutions. As for the smaller companies, likely backed by angel investors or trying to make it on a paper-thin budget, these companies are having a hard time getting into the core markets, and they end up in suburban locations.

However, I have to say that life science tenants still need to be close to the major universities and institutions. The trend of going to secondary markets for cheaper labor or rents hasn’t really hit the life sciences sector. There really is a large talent pool that exists for life sciences, and so far, companies have been able to get the employee base that they need.

NREI: Making a comparison to the tech sector, it was widely believed that 2016 might mark the slide down for technology venture capital, after a huge drop-off in the first quarter. Did that scare affect the life science industry as well?

Moglia: Well, at least for Alexandria, for our 2016 figures, we’re on pace to meet the same levels achieved in 2014. I do remember after the first quarter 2016, the numbers came in and venture capital investment was well below pace for 2015, and there was a lot of panic. We saw it mostly on the tech side in San Francisco. We were getting a lot of questions of whether the sky was falling in the San Francisco office market.

However, Steve Richardson, our COO and also our market director in that market, pointed out that we were tracking more than 2.5 million sq. ft. of life science demand in San Francisco, and there was more than 5 million sq. ft. of tech market demand. That much demand was similar to what we’ve seen in the past two years. We just didn’t see any change in demand in 2016. It’s true, we’re not seeing the velocity of transactions going on, though that might also have to do with other factors weighing on the economy, including the election. Further, the tech sector absorbed quite a bit of space, and is probably satiated for now. But there was no dip in demand, and there’s been no increase in vacancy in that market. The subleasing pool has grown, but from what we understand a lot of that big block space is being taken off the market.

You also have to consider that San Francisco is a unique office market because of a moratorium on office development. Only about 875,000 sq. ft. is allowed to be built per year. During the down years, an excess each year built into a six-million-sq.-ft. pool, but when the tech industry started to take off in 2010, that pool was taken down to zero. Another 875,000 sq. ft. was released in November, and developers are vying for it now. The reason I bring that up is, even with a slowdown in demand, if there is one, there is a [limit] on building in that market. That’s why rents are where they are at, and that’s why the multitude of projects in the queue are only slowly moving forward, allowing demand to still be ahead [of supply].

NREI: What would you say is the most important life science trend for 2017?

Moglia: We get asked about the antics of high-profile cases like Martin Shkreli, who bought licenses for affordable drugs and hiked prices by more than 50 times the original per-pill cost. Our short answer is that we think the industry can be divided in two ways: innovators who are good corporate citizens looking to solve human health problems, and exploiters, who are not really research-oriented and shed a negative light on our industry. Our tenants are the former, the good guys.

However, there’s also a lot of discussion of health care in the press these days, and while a lot of it has to do with pricing, it’s also about concerns about the increasing total cost of health care for the ordinary consumer, which is one of the main problems we face in the drug industry. If we can keep people out of the hospital and home care by giving them a drug, then maybe that will help lower the overall costs.

A lot of people only concentrate on the drug side of the equation, but drugs are only 10 percent of the U.S. health care budget. About 90 percent of the costs are in hospital and home care and doctor visits and all of that. Something else that is not really talked about is the enormous amount of productivity lost not only by the patient by being sick, but also by the caregivers who have to take off work. Lost productivity is a large unknown factor that will probably come to light more over time.