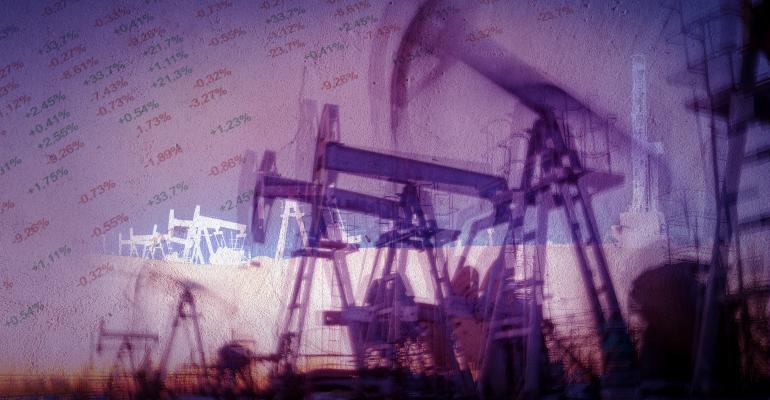 Any near-term improvement in the city's office market has less to do with the energy sector than growth in other industries and overall confidence in the economy.

The price of oil is up more than $10 a barrel from a year ago, rising from about $53 per barrel to nearly $64 today and generating optimism that Houston’s office market will make a comeback too. Houston’s economic recovery is happening at a slow pace, but any near-term improvement in its office market has less to do with the energy sector than growth in other industries and overall confidence in the economy, according Kevin Roberts, president of Southwest operations with real estate services firm Transwestern.

“We’ve hit bottom, and we’re off the bottom,” he says, noting that the 2017 office market experienced an improvement over conditions in 2016, partly due to expansion by healthcare and professional services sectors. Roberts notes that as the region has added jobs in more sectors, including biotech, data analytics, finance, insurance and manufacturing, its dependence on the energy industry has declined to 38 percent of the region’s GDP.

Houston added a significant number of new jobs in 2017, and job growth is expected to gather momentum in 2018.

According to the U.S. Bureau of Labor Statistics, the Houston economy created 48,500 jobs (not seasonally adjusted) between November 2016 and November 2017, representing an annual growth rate of 1.6 percent, which is above the 1.5 percent national average for job growth. As a result, the unemployment rate in Houston during this period dropped from 5.2 percent in 4.3 percent.

A jobs report from the Greater Houston Partnership (GHP) notes that that 2018 promises be an even better year than 2017 as the U.S. economy and global trade are expected to move forward, while the situation in the energy sector remains neutral. While the Houston economy will continue to add jobs, the GHP predicts that the region won’t reach its former growth rate of 55,000 to 60,000 new jobs annually until the energy industry begins hiring again. That is unlikely to happen this year.

Noting that other office-using sectors, including legal services, accounting and insurance, also are somewhat dependent on the energy industry in the city, David Carter, principal and director of the Houston region with real estate services firm Colliers International, suggests that the Houston office market won’t gain much traction until the energy industry begins adding both jobs and space.

In the meantime, the 11.7-million-sq.-ft. glut of sublet space reported by real estate services firm JLL in mid-2016, largely the result of layoffs, has shrunk to about 8.5 million sq. ft., according to Carter. He warns, however, that direct vacancy is expected to increase in 2018 and 2019, as many current leases will expire over the next one to three years.

The energy industry in recent years has also become more of a technology-reliant, adds Roberts, noting that better technology has made production more efficient, so future job demand may be more in the robotics and data analytics realms. Carter notes that he recently attended a dinner party where an energy company executive was directing drilling operations at the wellhead from his laptop.

As the greater use of technology took hold, engineering and other technology services, such as programming, have steadily expanded, but with minimal impact on demand for office space, Roberts says. At the same time, the trend has made Houston the second largest engineering hub in the nation, with 59,000 engineers, or 22 engineers per 1,000 people, just behind the Silicon Valley/San Jose area, which has 45 engineers per 1,000 people, according to Forbes.

Overall asking rents for class-A office space in Houston declined slightly in the fourth quarter of 2017, to $34.97 per sq. ft. from $35.35 per sq. ft. the year prior. Leasing concessions, including free rent and generous tenant improvement allowances, increased, According to Colliers’ fourth quarter 2017 report, the average rental rate for all asset classes is now $29.22 per sq. ft. The vacancy rate in the Central Business District (CBD) registered only a slight 20-basis-point uptick from the third to the fourth quarter of last year, to 18.5 percent, while the vacancy rate at suburban properties declined by 60 basis points, to 21.3 percent.

“The general consensus is the office market is in recovery mode, ” Roberts says, noting that one optimistic sign is energy companies are signing up for longer-term deals, when short-term commitments have been the norm since 2014, when the price of oil briefly dropped to $26 per barrel from a peak of $107.

With Houston’s office market still in a slump and the economy improving, rental rates have only one way to go—up. As a result, the market is attracting investors. Office sales during the last quarter of 2017 included a 19-building, multi-market portfolio acquisition by the Canada Pension Investment Board and the sale of the 4.2-million-sq.-ft. Houston Center portfolio in downtown, which was purchased by Toronto-based Brookfield Asset Management Inc.