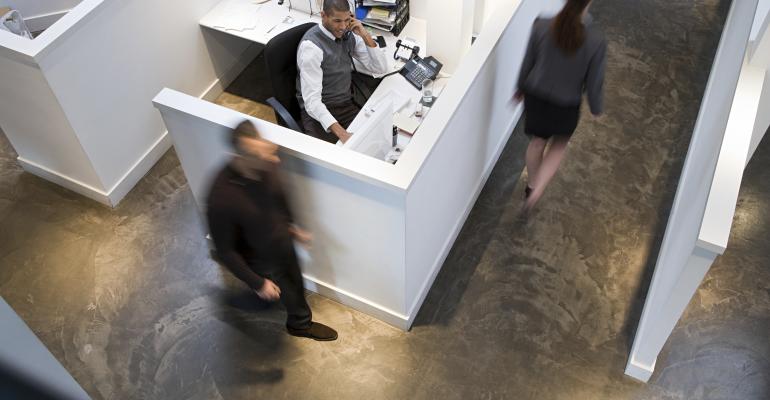 Learning how the franchising model worksmay be the primary reason why Ucommune, China’s largest co-working operator, partnered with Serendipity Labs to enter the U.S. market.

Learning how this corporate model works, in fact, may be the primary reason why Ucommune, China’s largest co-working operator, partnered with Serendipity Labs to enter the U.S. market, Hoopes notes. “If Ucommune can figure out how this works and apply it to other foreign market locations, that would be very smart,” he says, noting that the Chinese co-working operator already has 160 locations in 35 cities across China and the world.

Ucommune, the second largest co-working operator in the world with over 50,000 desks, recently opened a 34, 000-sq.-ft. co-branded, co-working location at 28 Liberty Street in Manhattan in partnership with Serendipity Labs and New York RockTree Capital, an international merchant banking firm that is also a co-founding shareholder of Ucommune.

Hoopes notes that one of the biggest challenges for co-working operators today is attracting and retaining management talent, especially people with a sales background that can turn inquiries into memberships. By partnering with an established U.S. co-working operator, Ucommune is better positioned to overcome this obstacle to entering a new market.

Serendipity Labs takes a hospitality approach to service and amenities, even billing itself as itself as a hospitality company rather than an office leasing entity. The company is targeting high-net-worth investors with a hospitality background as franchises and already has a large pipeline of franchise investors, some with multiple locations, Hoopes says.

He cites WorthHospitality, a hotel developer/owner based in Fort Worth, Texas, as an example. WorthHospitality is planning to open nine upscale co-working facilities in the Dallas-Fort Worth region in partnership with Serendipity Labs.

Furthermore, with the office sector disrupting an important source of hotel revenue by putting conference spaces in office buildings, Hoopes says he “wouldn’t be surprised to see hospitality operators opening co-working spaces within hotels.” Apartment developers are already adding co-working spaces to their buildings as another amenity to attract tenants and command higher rents.

Ucommune’s entrance to the marketplace offers users another option that may fill a void in the co-working sector and may also put competitive pressure on co-working operators, which could potentially benefit users financially, says Alan Pontius, senior vice president and national director of specialty divisions at brokerage firm Marcus & Millichap. “The caveat is that the office market overall continues to strengthen, so added competition for space in general will likely prove to be a counter-balance.”

“A new co-working entrant to the marketplace is yet another indicator of a still improving office climate,” he continues. “This puts additional absorption pressure on the office sector that was already in a positive trajectory.” During one recent 12-month period, WeWork, for example, was the second biggest consumer of office space nationally after Amazon.

While new co-working entrants create competition among sector operators, the supply/demand balance in the office sector as a whole plays a role in how the market is affected, Pontius notes.

If there is positive absorption, rents will continue to rise and co-working operators will pass the costs of higher rents on to their users.