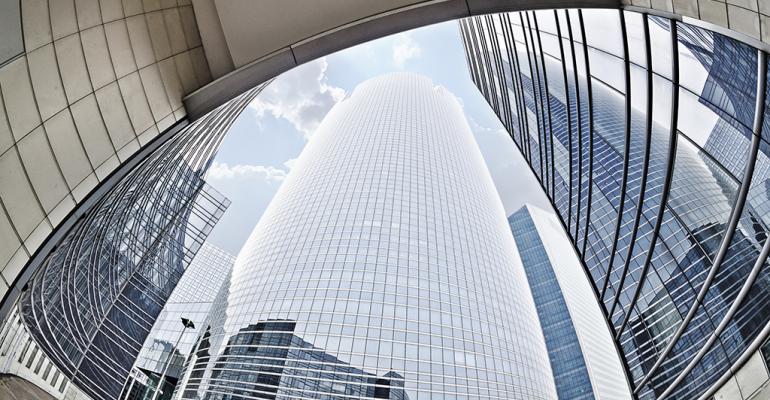 Barring an unforeseen crisis, economic growth combined with limited new construction, will support an upward trajectory for the office sector.

A total of 209,000 new jobs were created in July, more than the 183,000 jobs expected, the U.S. Bureau of Labor Statistics reported last week, and the national unemployment rate fell to 4.3 percent. The number of employed Americans hit a new high of 146.6 million, causing the employment-to-population ratio to move up to 60.2 percent, the highest level since February 2009.

Continued steady job gains have led to positive performance in the office sector, even though total absorption was 28 million sq. ft. in the first two quarters of the year, down from 38 million sq. ft. during the same period last year, according to Marcus & Millichap data. “This is not a bad number,” says Alan Pontius, San Francisco-based national director of specialty divisions at Marcus & Millichap. “Absorption has slowed, but it is still positive, and construction remains muted.”

New construction deliveries were the biggest story in the second quarter, with 16.1 million sq. ft. of space—the largest amount since the second quarter of 2009, bringing total new product delivered this year to 28.4 million sq. ft., according to Cushman & Wakefield’s second quarter 2017 office report. With healthy absorption, the vacancy rate remained at 13.3 percent since the beginning of the year. As has been the case throughout this expansion cycle, the tightest markets continue to be those with a strong technology sector, the CW report noted.

The top challenge in attracting talent to gateway markets like San Francisco and New York City is the high cost of living, Pontius notes. According to Rent Jungle, the average San Francisco apartment rent is $3,828, with one-bedrooms renting for $3,491 and two-bedroom units for $4,669 a month. The average rent in New York is $3,137 a month, with a one-bedroom renting for $2,746 and two bedrooms for $3,471.

As a result, employers are increasingly opening offices in markets with a lower cost-of-living and preferably an abundance of young, educated workers, including Phoenix, Portland, Ore. and Denver, Colo. In moving from a gateway city to a smaller market companies may “lose their networking circle and density of talent, but wages and office rents are less,” Pontius notes.

Meanwhile, the right suburban markets are also attracting office tenants seeking to capitalize on the large pool of workers already living there, as well as tenants priced out of core urban markets. This new-found demand has generated meaningful rent growth, with the average asking rent now 7 percent above the 2008 peak, according to Marcus & Millichap.