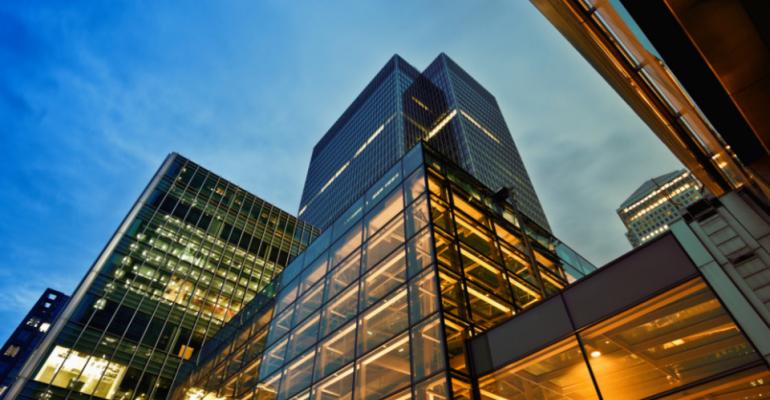 Investors continue to prefer core and core-plus investment strategies, but some of their focus has shifted to value-add class-B assets.

Sales velocity in the office sector is starting to catch up to last year’s levels. Second quarter sales volume reached $31.5 billion, just 3.6 percent off transaction volume in the second quarter of 2016, according to the latest Office Investment report from real estate services firm JLL.

Investors continue to prefer core and core-plus investment strategies, but some of their focus has shifted to value-add class-B assets as class-A asset values have risen to levels that provide little appreciation in a maturing cycle, notes a new cap rate survey report from real estate services firm Cushman & Wakefield. This strategy is especially favored in markets with higher overall cap rates and where the spread between class-A and -B assets is above average, providing upside potential with capital improvements.

The decline in capital appreciation opportunities in core central business districts (CBDs) is also causing investors to switch their focus to select assets based on their income component, the JLL report notes. Finding any opportunities in CBDs that provide good income is becoming increasing difficult.

While overall CBD office cap rates increased by 11 basis points to 6.07 percent for Class class-A projects and by 18 basis points to 7.07 percent for class B projects, Cushman & Wakefield reports that office cap rates in major markets have remained flat or declined. Boston and Manhattan tied for the lowest class-A cap rates at 4.00 percent, followed by San Francisco and Seattle at 4.38 percent and 4.50 percent, respectively.

Sustained tenant demand has resulted in 29 consecutive quarters of positive absorption in the office sector, causing rents at class-A CBD office buildings to rise 35.7 percent since the second quarter of 2010. While demand for space in amenity-rich CBD buildings remains strong, rising rents are driving some tenants to the suburbs, where rents are lower, according to Jim Postweiler, JLL managing director in the Chicago office.

Postweiler adds that with higher construction costs, which have risen by 20 percent in some markets, rents at CBD projects will continue to climb and drive more tenants to seek space in lower-cost suburban buildings.

“The buyer pool for suburban assets has deepened over the last few years,” says Postweiler. “There is a growing appetite among investment funds and family office investors for higher-risk suburban assets that offer better returns than in CBDs.”

Private investors have been buying up value-add suburban properties for some years, he notes, and their foresight is beginning to pay off. “Currently, there’s a very good buyer audience for stabilized projects, as value-add owners complete lease up and exit projects.”

Two types of suburban office properties are particularly popular with investors: those in suburbs with good transit connections, like the O’Hare submarket in Chicago, and live-work-play suburban areas, where the office building is located close to retail, apartment and lodging developments.

An example of a recent suburban investment play was the acquisition of Parkwood Crossing Office Park in Indianapolis by a joint venture of value-add investor Rubenstein Partners L.P. and Indianapolis-based Strategic Capital Partners for $162.9 million, Postweiler notes. Located in the Carmel submarket of Indianapolis, the eight-building, 1.2-million-sq.-ft. office campus was developed by the seller, Duke Realty Corp., between 1989 and 2005 and has attracted corporate users because of its access to a highly educated talent pool.

The Rubenstein/Strategic joint venture plans to differentiate the project as a unique suburban campus with substantial capital improvements. The redevelopment will improve building mechanical systems and aesthetics and reconfigure existing floor plates to create collaborative workspace. The plan also calls for constructing a stand-alone, state-of-the-art amenity center, with dining, fitness and conference facilities, and creating a new trail that will provide pedestrian access throughout the campus.