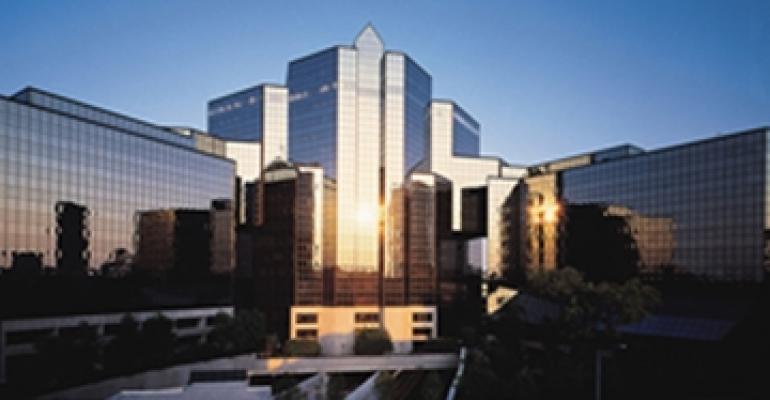 The beleaguered office market in Atlanta, which has added nearly 2.5 million sq. ft. of Class-A office space since 2007, received some welcome news this week. Two tenants at Atlanta Financial Center in Buckhead have extended their leases and are expanding.

The transactions, one with an Atlanta law firm and the other with a financial advisory company, bring the occupancy of Atlanta Financial Center to nearly 85%.

Located in the heart of Buckhead, the 904,499 sq. ft. three-building complex that Hines acquired in 2001 in partnership with a U.S. pension fund is one of the most recognizable in all of Atlanta.

The lease deals come amid a prolonged office slump for landlords. The vacancy rate in the Atlanta office market registered 21.3% in the second quarter, the highest level for the market since 1988, according to brokerage firm Newmark Knight Frank.

The Atlanta office market posted negative absorption of 130,235 sq. ft. in the second quarter. For the first half of 2011, net absorption in Atlanta remained negative at 530,492 sq. ft.

“Our firm has had its headquarters at the Atlanta Financial Center for years. After several years of rapid growth, we needed to re-evaluate our real estate needs. I think this is the right place for us,” says Hugh “Beau” Cummins, president and CEO of SunTrust Robinson Humphrey.

Morris, Manning & Martin has been a tenant of the Atlanta Financial Center since 1987. With the new extension and expansion, the venerable law firm's space will be upgraded and equipped with the latest technology.

“The Atlanta Financial Center has been a great location for us. We are excited this process has worked out so well,” says Louise Wells, managing partner of Morris, Manning & Martin.

“With key practice areas that include, among many others, commercial real estate, commercial finance, corporate technology and energy and infrastructure finance, as well as having daily interaction with leading financial institutions, we are well-suited to be located in the financial center,” Wells explains.

Houston-based Hines entered the Atlanta real estate market in 1982 with the development of Ravinia in the Perimeter submarket, where the firm’s Southeast regional headquarters is located. Hines’ Southeast-area portfolio of owned and managed properties currently exceeds 6.7 million sq. ft.