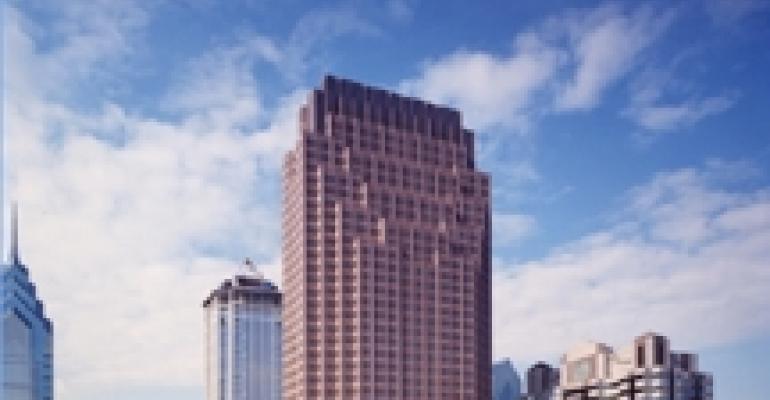 Buying office vacancy has become the next frontier in a rejuvenated investment sales market, an almost incomprehensible notion among most real estate investors a year ago.

Driven off by the exorbitant prices that trophy properties in Manhattan, Washington, D.C. and Boston are fetching, buyers are zeroing in on Class-A assets that are distressed or have high vacancies in markets such as Philadelphia, Dallas, Denver and elsewhere.

While opportunistic private investors have been employing the strategy for several months, real estate investment trusts (REITs) also have recently begun to pursue such deals.

Investors are confident that they can attract tenants looking to upgrade their space without paying appreciably higher rents. But buyers also are betting that job creation, the lifeblood of office properties, will eventually improve despite a feckless recovery to date.

The U.S. economy shed 8.6 million jobs in 2008 and 2009, according to the U.S. Department of Labor. Brokerage services firm Grubb & Ellis estimates that 2.5 million office jobs vanished during the downturn.

Job creation in the information, legal and financial services industries that drive rent growth has been virtually non-existent over the last several months, says Chandan. Tenants moving into higher-quality space have propelled leasing activity in many markets.

Still, investors are chasing yield in a broader range of properties and wider selection of cities despite the fragile recovery, while core buyers bid up prices in major markets, says Chandan. “It raises very credible questions about whether investment inflows are outpacing the trends in the underlying economy and labor market for an improvement in fundamentals.”

Nonetheless, buyers of vacancy say they’re purchasing buildings at a low enough basis to withstand slow growth while positioning themselves for handsome profits when better times return. If need be, they’re in a financial position to absorb lower rents as existing leases roll over in order to maintain occupancy.

The building, Clear Creek Square, is 30% vacant in a Denver submarket that has 17.7% vacancy, reports New York-based Reis. Local employment trends didn’t weigh too heavily in the firm’s analysis on whether to buy the building, however.

While asking gross rents are at market, which Reis pegs at $18.40 per sq. ft. in Denver, Karlin has room to negotiate, says Matthew Schwab, a co-founder of Karlin, which has $1 billion in assets under management and owns 17 hotel, apartment and commercial properties.

“We don’t necessarily project any great-guns growth in areas where we’re buying,” he contends. “We look at a building across the street as having a basis of X, while we have a basis of Y, so we can go in and make deals with lease rates that are very competitive.”

In particular, investors often are willing to accept a current return of 5% to 6% on a building’s occupied space at rents that are below market, he says.

Buyers can then fill the 25% to 50% of vacant space at higher lease rates, which could provide an overall return of approximately 9% once the building is stabilized. “The upside is obviously significant,” emphasizes McDermott, who is located in the Irvine, Calif. headquarters of Sperry Van Ness.

In another case, Brandywine Realty Trust acquired the 1 million sq. ft. Three Logan Square in downtown Philadelphia in August for $129 million, or about $125 per sq. ft. The building was 35% vacant at the time of the sale.

The price was $55 per sq. ft. less than what Brandywine values two similar buildings nearby that it also owns, according to comments made by executives during the company’s 2010 fourth-quarter earnings call.

Brandywine, which owns 40 million sq. ft. of office and mixed-use space in the mid-Atlantic, West and South, anticipates pouring some $45 million into the building and eventually reaping a yield of 9% to 10%.

“This building complements our existing One and Two Logan Square properties and affords us control over some of the best product in the Philadelphia office market,” he says.

The willingness to buy risk in select assets and markets follows a robust rebound in office sales last year. Roughly $41.6 billion in office assets in the U.S. traded hands in 2010, a 140% increase over the dollar volume in 2009, according to Real Capital Analytics.

Transactions in Manhattan and Washington, D.C. accounted for 24% of all activity last year. The high demand caused cap rates in the nation’s capital to plunge from 7.7% in 2009 to 6.3% in 2010. In Manhattan, the rates dropped about 80 basis points to 5.5% over the same period.

Yet Real Capital Analytics also noted that activity has started to spread out across several other areas of the country as investors seek better yields. Nationwide, cap rates declined to 7.1% in 2010 from nearly 9% in 2009.

Class-A office rents nationally in the fourth quarter of 2010 averaged $30.90 per sq. ft., down from $31.40 from the same period a year earlier, according to Grubb & Ellis

To some degree, capital flooding back into the real estate arena has created a climate eerily familiar to that which permeated the market before credit dried up in 2008, says Dan Fasulo, managing director with Real Capital Analytics.

“If we’re not there already, we’re rapidly approaching a situation in which there’s just too much money again and not enough assets to go around,” he says. “It’s remarkable that it has happened so quickly.”

Waiting for a breakout trend

Whether the resurgence in office valuations holds or buyers of vacancy earn the profits they envision depends on the how fast occupancy and rents grow. Those measures depend on hiring. Employers added 192,000 jobs in February, according to the U.S. Department of Labor, buoying hopes that accelerating economic growth is on the way.

Robert Bach, senior vice president and chief economist at Grubb & Ellis, estimates that about 20% of all jobs created in any month are for office workers. If employers maintain hiring of 200,000 workers a month in 2011, the vacancy rate nationally could drop to 16.5% by the end of the year, he says.

“I would like to see several months of 200,000 net new jobs created, or thereabouts, before I would be ready to say that we’re out of the woods,” Bach says. “It’s going to take a while to get out of the woods anyway because so many people are unemployed.”

Indeed, the Labor Department also reported that February’s labor force participation rate, which is a measure of how many unemployed people are looking for jobs, was 64.2%, the lowest level since the mid-1980s.

Unemployed workers not actively seeking jobs aren’t figured into the official unemployment rate. If they were, the February jobless rate would have been 11.5% instead of 8.9%.

Relaxed regulations on how banks account for troubled commercial property loans have limited the supply of office properties for sale. The Federal Reserve’s policy of maintaining low interest rates has in effect enabled investors to pay more for office buildings, thereby putting a floor under prices.

Both factors have led to a rapid recovery in the value of certain office properties. In Washington, D.C., for example, valuations of trophy office properties are within 10% of where they were at the peak of the market in early 2008, says Macke.

But the government’s policies supporting asset values will eventually go away, Macke adds. At that point, the strength of the economic recovery will fuel the office sector’s rebound, he notes.

Accelerating office values could come to an abrupt halt if occupancy and rental rates fail to increase appreciably, however, particularly if interest rates spike, Macke believes.

“Right now you have a race between an increase in interest rates and an increase in rental rates,” Macke says. “It all comes down to job creation and the rate of corporate hiring.”

Office investors chasing vacancy with the hope of cashing in on rising occupancies and rents are finding that some lenders have also warmed to the idea.

Toronto-based Brookfield, an affiliate of Brookfield Asset Management, acquired the vacant building from construction lender Wachovia Bank for $81 per sq. ft., or about 50% of replacement value.

Ryan Krauch, a principal with Mesa West, declined to provide specifics about the loan on Two Addison. But the lender typically provides senior financing and charges an interest rate that ranges from 6.5% to 7.5%.

While employment prospects play a role when underwriting such deals, emphasizes Krauch, Mesa West mitigates risk by focusing on the asset and submarket.

The bet has already paid dividends. In January, San Antonio-based financial services company USAA announced that it signed a lease for 73,000 sq. ft. in Brookfield’s building.

USAA is establishing a financial service center in the building, which will bring 200 new jobs to Addison over the next two years.

The expansion is part of a broader effort by the firm to serve its growing roster of members who are seeking investment and retirement advice, say company officials.

The Addison submarket, which also includes Carrolton and Farmer’s Branch, posted a vacancy rate of 23% at the end of 2010, up 50 basis points from end of 2009, according to Reis.

Brookfield is generally asking for $24 to $25 per sq. ft. on a gross basis, he says. Asking rents in the submarket averaged around $18 per sq. ft. at the end of 2010, reports New York-based real estate research firm Reis.

“The market has given us a little bit of a break. Dallas is starting to see a little bit better activity and demand has increased,” adds Johnson of Cassidy Turley. “So landlords of certain properties in certain submarkets are starting to look for opportunities to raise rents.”