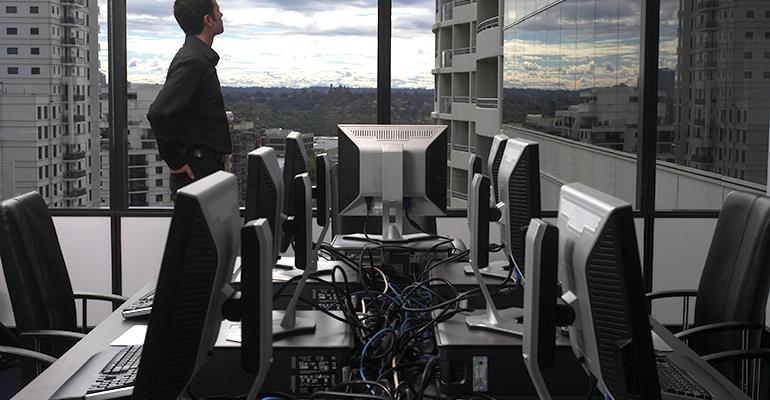 Office Landlords Invest in Incubators for Tech and Bioscience Start-Ups

The boom in technology start-ups is shaping trends in office space, according to Lawrence Gellerstedt, Southeast leader in the tech practice group of real estate services firm Cushman Wakefield (C&W).

Landlords with big traditional office buildings are looking to increase their appeal, so they are taking small chunks of space and putting some hip tech start-ups there to give their buildings a cool vibe. By doing so, they are hoping to attract bigger, creditworthy tenants—the Googles, Amazons and next “Facebooks of the world, Gellerstedt says.

The way they are attracting the tech start-ups is by either putting in co-working outfits, like WeWork or Industrious, into their space, or offering flexible terms—including short-term leases that may not require corporate or personal guarantees to offset credit issues. The landlords do, however, require that out-of-pocket costs, like tenant improvement, be paid upfront.

In Indianapolis, office landlords are reconfiguring multi-tenant buildings into 1,000- to 2,000-sq. ft. tech suites to accommodate start-ups, as well as new businesses that are coming into the area and may not want to sign a long-term lease, says John Owens, managing director in the local office of C&W.

Major companies with a vested interest in the economic growth of a community or industry sector are also getting involved in helping entrepreneurs grow their companies by partnering with start-up accelerators to create incubators in free or discounted spaces.

For example, Cox Communications, an Internet, TV and phone services provider, is sponsoring a start-up incubator in Atlanta created by its innovation arm StarTech, Gellerstedt notes. The facility is located in a historic Sears store, whoch owner Jamestown has repositioned it as office space in Ponce City Marketplace, an area where rents average $50 per sq. ft. Start-ups accepted into this incubator program receive free space for three to five months, as well as access to funding sources, educational programs and other resources to help them develop and market a product or service.

In another example, Alexandria Real Estate Equities, a developer of bioscience space, has invested in and partnered with Accelerator Corp., Seattle-based start-up accelerator, to create Alexandria LaunchLabs, a collaborative life science and technology co-working incubator concept, located within bioscience clusters.

"Alexandria has dedicated significant human and strategic risk capital to building the New York City life science cluster," says Jenna Foger, senior principal of science and technology at Alexandria Real Estate Equities and Alexandria Venture Investments. "Now, extending this commitment through Alexandria LaunchLabs, we will provide all of the resources necessary to catalyze the next generation of homegrown life science companies, which are critical to the evolution and success of the city's life science community."

“We’re not trying to make a profit from incubators, and there is no obligation for them to lease space from us in the future,” says John Cunningham, Alexandria’s senior vice president and regional market director for New York City.

Orange County, Calif.-based The Irvine Company, a real estate investment firm, entered into a similar venture with start-up accelerator EvoNexus, providing free space for two tech incubators: The Vine San Diego, in a downtown office tower for software developers, and a La Jolla/UTC incubator for hardware developers. Since it was established six years ago, the program has generated140 new companies, 1,000 new jobs and $1 billing in funding.

The Vine has 14,500 sq. ft. of incubator space and 9,000 sq. ft. of low-cost co-working space for entrepreneurs still working on their concepts. The La Jolla incubator provides 14,000 sq. ft. of private executive suites where hardware developers can set up functional lab spaces.

The Irvine Company is sponsoring tech start-up because it wants to be involved in Southern California’s thriving tech scene, says Amanda McDoulett, community manager at The Vine. “Research indicates that California’s economy will be led by knowledge workers and tech disruptors,” she notes. She adds that while start-ups at The Vine are under no obligation to lease space from The Irvine Company in the future, so far, graduates of the San Diego program have leased 115,000 sq. ft. in the company’s buildings so far.

Both Alexandria and The Irvine Company have plans to establish more start-up incubator facilities. Cunningham notes that for life sciences companies, co-working and incubator concepts make lots of sense, allowing members to share software and hardware, as well as potential access to capital. “We’ve got 20 million square feet nationally, so we’re looking at creating LaunchLabs in other locations, he says.

The Irvine Company has similar program in Orange county at the university research center next to the University of California Irvine, says McDoulett. “We’re also preparing to open another facility in San Diego’s University Towne Centre market,” she adds.