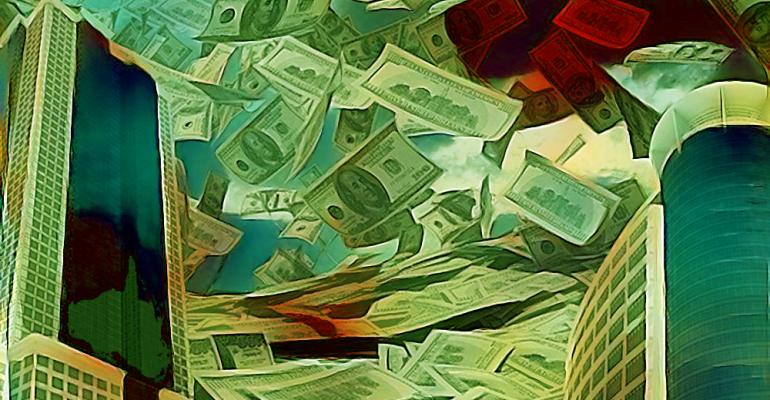 Investors should keep the office sector on their radars, as metrics from a number of research and investment firms point to a strong performance in the years ahead.

Vacancy will decrease nationally just as new office development will begin to accelerate—but new development will not stem dropping vacancy rates. The National Association of Realtors (NAR) predicts office vacancies will continue dropping through 2016 and 2017, from 13.4 percent in the fourth quarter of 2016 to 12.7 percent by 2017.

Coming out of the recession, the office sector trailed behind retail and multifamily assets on a national basis.

“Today we continue to see improving fundamentals across the board. We are seeing improvement in occupancy, very nice continuation of job growth and still seeing very constrained introduction of new supply,” says Alan Pontius, senior vice president, commercial property group, with brokerage firm Marcus & Millichap. As a result, the office market is a “late bloomer” for which the industry is still seeing a “catch-up effect,” according to Pontius.

Marcus & Millichap’s 2016 Office Investment Forecast notes that investors now are chasing better yields by looking to secondary and tertiary markets. “Cap rate compression is off the table. At best, [the] cap rate environment is very flat or could adjust modestly,” Pontius says.

Recent troubles in the CMBS market and the possibility of decreasing demand from overseas investors facing struggling home economies are some of the outside risk factors facing office valuations in 2016, according to Green Street’s Reagan.

That being said, “From a capital markets perspective, office values are at all-time highs today and there is still plenty of capital supporting strong prices,” he notes.

New office development is going where the jobs are. Rebounding employment is helping to breathe new life into the office sector. Online real estate marketplace Ten-X reports that office space-using employment grew 2.7 percent from a year ago and is at an all-time peak.

What’s more, technology jobs are not the only employment sector driving demand for office space today. “We had a pretty broad base of economic recovery, with continual month-after-month gains” in employment, Pontius says. Employment indicators were strong in economic and legal services, hospitality services and healthcare. Pontius cited markets such as Atlanta and South Florida as seeing employment gains not related to technology that contributed to strong office demand.

In 2016, approximately 79 million sq. ft. in new office projects will enter the marketplace, according to research from Marcus & Millichap. At the same time, new businesses and office expansions will gobble up 90 million sq. ft. of office space over the course of the year.

“The office market in general will continue to remain strong as long as the economy and employment hold steady. Boston, Chicago, LA and NYC have had consistently increasing rental rates and decreasing vacancies,” says NAI Global President Jay Olshonsky. “Some companies may find themselves being priced out of key markets, which opens up opportunities in secondary and tertiary markets.” (The full NAI Global report can be accessed here.)

Researchers with Green Street Advisors agree that San Francisco and New York City continue to draw strong demand from office tenants. However, other markets may come to the forefront in the coming months.

“Gateway markets like San Francisco and Manhattan continue to enjoy some of the strongest fundamentals nationally, but growth is expected to slow a bit over the next few years. West L.A. is picking up steam, though, and seeing tightening vacancy and accelerating rent growth. Parts of the Sun Belt have also been enjoying strong absorption the past couple years, including Atlanta, where job growth has been robust and companies have relocated from other parts of the country. Look for those trends to continue this year,” Reagan says.

With the exception of a select few markets with robust construction pipelines, new office development has not caught up to growing demand, according to Jeffrey Havsy, Americas chief economist with commercial real estate services firm CBRE.

Meanwhile, Moody’s reports cumulative appreciation of 15.2 percent for office buildings in central business districts (CBDs) and 6.1 percent for suburban office properties over the past 12 months.

On a market-wide basis, offices in CBD are performing well, and doing better than those in suburban areas. In grading commercial properties secured by CMBS loans as part of its Red-Yellow-Green Update, Moody’s gave these CBD office properties an outlook rating of 79 out of 100 based on supply and demand indices. The firm rated San Francisco with a green 79 outlook rating, while San Jose received a yellow or “fair” rating of 55. The firm rated New York City office properties at an 89.

“Office rents have increased dramatically in San Francisco, in part due to limited construction,” says Philipp. “This may lead to some tech firms departing for other parts of the bay area such as Oakland. Office demand in the Seattle market is still strong, largely due to the information technology sector.”

“The last two years have seen the economy add 5.8 million jobs, the strongest employment growth in the U.S. since the late 1990s. We project an additional 2.6 million jobs to be added in 2016,” says Keven J. Thorpe, chief economist and global head of research with commercial real estate services firm Cushman & Wakefield. “This strong job growth comes in an environment of relative supply constraint, with current new construction estimates at approximately 1.8 percent of total inventory. Although construction has picked up over the past two years, it is mostly concentrated in a few cities [Dallas, Houston, New York, San Francisco, Seattle and Silicon Valley]. The net result of strong job growth and limited construction is likely to be continuing healthy absorption of space, declining vacancy and rising rents.”