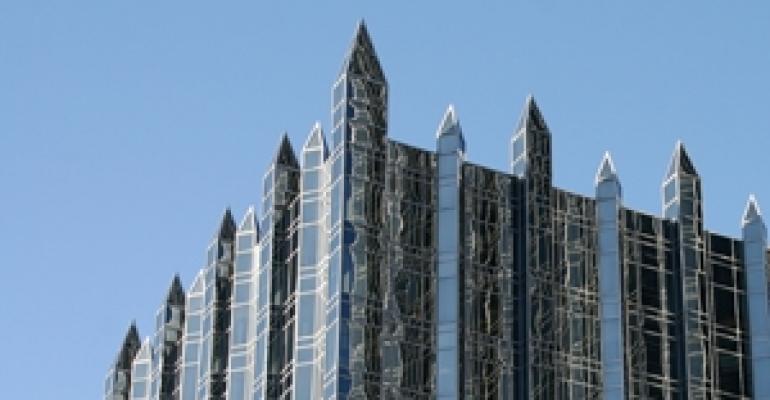 With valuations spiking for office properties in gateway cities, real estate investors have begun looking for potential acquisitions in secondary markets throughout the country.

There were also office sales transactions taking place in Columbia, S.C., Asheville, N.C. and Detroit during the month.

“There are cities at the top end of the market where the pricing is very robust, but the gains [in valuation] have been more limited in places like Houston,” he notes.”These are markets where individual core assets will trade at high valuation, but it’s still not comparable to D.C., New York or San Francisco.”

As of mid-year 2011, the most recent period for which data for individual markets is available, cap rates on office acquisitions in Manhattan averaged 5.7 percent, in D.C. 5.9 percent and in San Francisco 6.9 percent, according to Real Capital Analytics, a New York City-based research firm.

During the same period, cap rates on office acquisitions in Houston averaged 7.2 percent, in Minneapolis 8.3 percent and in Pittsburgh 8.2 percent.

As a rule of thumb, cap rates for core office properties in secondary markets currently range between 7.5 percent and 8.5 percent, according to Robert Bach, senior vice president and chief economist with brokerage firm Grubb & Ellis.

The hitch is that to justify buyer interest, the secondary cities under consideration have to boast stable job growth and growing economies.

“The way we describe the current environment is there is macro weakness, but there is a lot of micro strength,” says Russell Ingrum, managing director for office properties in the capital markets group of brokerage firm CB Richard Ellis. “In this environment, the real estate business is very local. You are buying a specific building, in a specific market, in a specific sub-market.”

U.S. cities that have demonstrated the greatest economic stability and experienced the strongest recovery from the recession over the past two years include those that serve as bases for government institutions and those that boast large energy, information technology and education sectors, according to the MetroMonitor report released in early September by the Brookings Institution, a Washington, D.C.-based nonprofit public policy organization.

The 20 metro areas that experienced the greatest recovery from the recession years included Indianapolis. (healthcare), New Orleans. (oil and gas) and San Jose, Calif. (information technology), in addition to Dallas, Houston, Oklahoma City and Rochester, among other cities.

During the same month, the national unemployment rate was 9.1 percent.

“It’s the states in the middle of the country” that are doing well, he adds.

The situation is often reflected in the relatively low office vacancy experienced by the above cities. In the second quarter, the average vacancy rate in Indianapolis, for example, was 12.4 percent, according to data compiled by Grubb & Ellis, compared to the national average of 17.3 percent. The vacancy rate in Pittsburgh stood at 15.3 percent and in Houston it was 16.5 percent.

In some instances, the vacancy rates were even lower when only class-A buildings in CBDs were included in the sample. In Pittsburgh, the vacancy rate for those properties averaged 7.0 percent, according to the Grubb & Ellis report.

The main issue prospective buyers might face in the smaller markets is access to financing, Bach notes. Today, primary real estate lenders and CMBS issuers prefer to focus on core assets in top-tier cities. In order to secure an acquisition loan for a building in Oklahoma City, the buyer would most likely have to have an existing relationship with a local bank.

“If you have a good story to tell and the market is one in which the lender is interested, then you might be able to secure financing,” Bach says. “But it’s generally a lot harder to find in those secondary markets.”