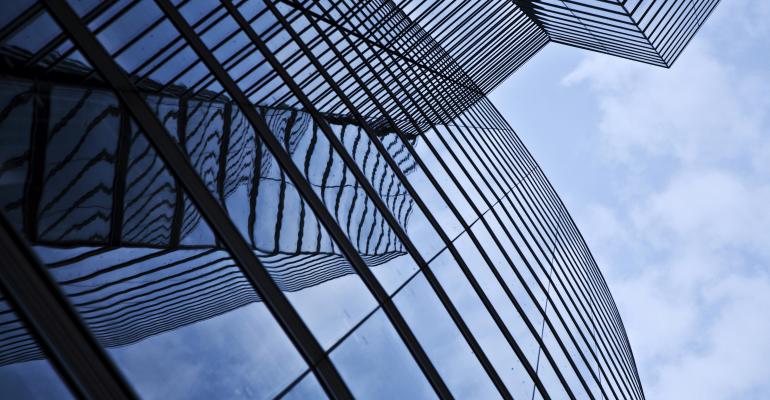 With a dwindling supply of old warehouses to convert, technology and creative services firms have switched their focus to office towers.

A few years ago tech and creative companies were smitten with the authenticity of old warehouses and repositioned them as creative office space. With a dwindling supply of old warehouses, these users have switched their focus to office towers. These buildings offer great views of city skylines, but are desirable to technology and creative users for their location in urban centers and proximity to retail amenities, residential neighborhoods and mass transit.

According to a first quarter 2017 U.S. office report from real estate services firm CBRE, tech companies accounted for 19 percent of all office leasing in the first quarter of this year, up slightly from 2016. They were followed by business at services at 11.8 percent, and creative industries, representing 9.6 percent of leased space.

Positive net absorption in class-A office towers jumped to 8.3 million sq. ft. in the first quarter, according to the JLL report, with the overall vacancy at such buildings dropping below the national average at 12.9 percent. Landlords are now in the driver’s seat, and rents in office towers have hit a record high, with the average rent at $44.55 per sq. ft. and $57.84 per sq. ft. at trophy builds like the Willis Tower in Chicago and One World Trade Center in New York City.

Homa notes, however, that the higher rents are diluted by an increase in tenant improvement allowances, up from an average of $42.48 per sq. ft. to $48.23 per sq. ft. year-over-year on a typical 10-year lease.  He predicts that current vacancy will hold through 2017, then rise in 2018 with potential instability in the employment market. Rent growth is also expected to slow down, dropping from 3.0-4.0 percent annually to 2.5 percent-3.0 percent.

“The next 24 months will see winners and losers as this market hits ‘cruising level,’ with little upside left,” he adds.

“Composition of the tenant base has changed dramatically to emphasize high-growth industries, including technology, media, advertising and to some extent co-working,” he says, noting that with the creative class driving occupancy there is flight to quality. Space in new buildings with lots of amenities will see the highest demand.

With the amount of new space coming to market this year, owners of second-generation office buildings will struggle to compete, Homa says. He points out that their success or failure at filling space will depend on how they differentiate their buildings from competitors. He suggests that the most competitive older office assets will undergo major capital improvements to attract creative users, including modernizing common spaces like lobbies with soft seating and retail offerings and adding amenities such as on-site fitness centers, restaurants, rooftop decks and outdoor spaces.