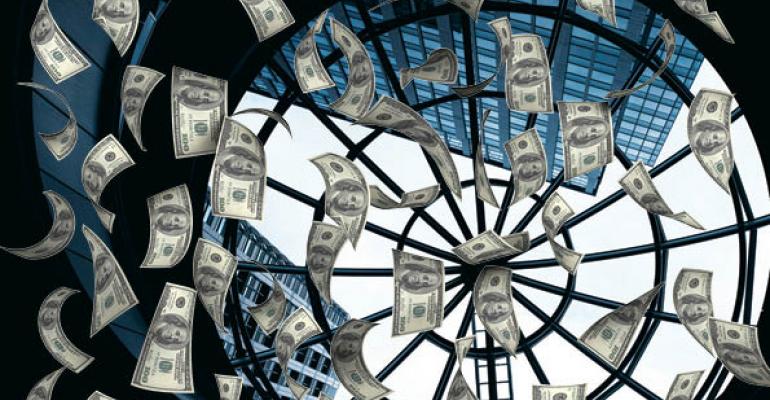 Prices for Office Assets in CBDs Are on a Tear

Stronger job growth over the past year is beginning to have an impact on office building valuations, as Moody’s/RCA Commercial Property Price Indices (CPPI) registered an 8.6 percent increase in prices for office assets in Central Building Districts (CBD) in the three months ending in November 2014.

From January through November 2014, the most recent period for which data is available, the volume of transactions involving office properties in U.S. CBD markets rose 23 percent compared to same period in 2013, according to Real Capital Analytics (RCA), a New York City-based research firm. Some of the biggest transactions reported in recent months included Thor Equities’ and GGP’s purchase of 530 Fifth Avenue in New York City for $595 million and Norges Bank’s and TIAA-CREF’s purchase of PNC Place in Washington, D.C., for $392 million.

Moody’s reports that its all-property composite index rose 2.8 percent during the same period. The index for the entire office sector, including both CBD and suburban properties, rose 4.3 percent.

Growth in valuations in the apartment sector, which has been among the hottest property types for investors over the past two years, has been more subdued, at 1.1 percent. Apartment building prices are now 20.1 percent above their previous peak, Moody’s researchers report. Commercial prices are still 3.7 percent below their prior peak.

The index for industrial properties rose 2.5 percent over the past three months; and for retail properties 2.3 percent.

There is also a discrepancy in how much prices have grown in major markets, including New York, Boston, Chicago, Los Angeles, San Francisco and Washington, D.C., vs. smaller cities. In major markets, the price index for commercial properties shot up 3.9 percent. In non-major markets, the increase was 1.8 percent.

The Moody’s/RCA CPPI is based on repeat-sales transactions.