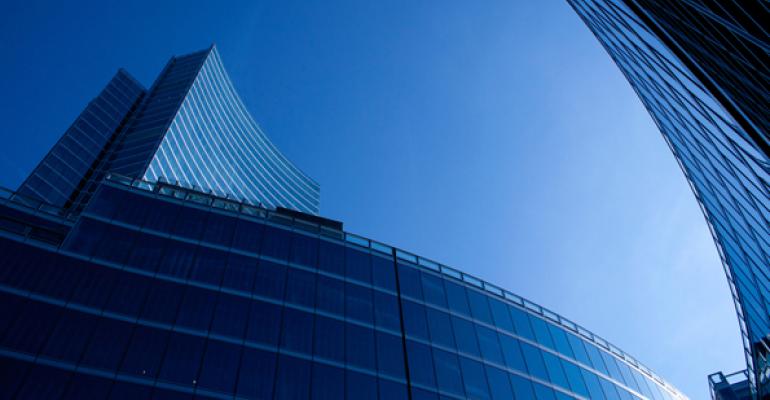 Preliminary data for the fourth quarter of 2012 released by Reis Inc. reveals the ongoing sluggishness of the office sector’s recovery. The vacancy rate fell 10 basis points to 17.1 percent in the most recent quarter, and is down just 30 basis points from a year ago. In fact, the office vacancy rate is down only 50 basis points since peaking at 17.6 percent in late 2010 and early 2011. Restrained by the slow recovery in the job market, demand for office space is limited.

Economic growth for 2012 is estimated to be roughly 2 percent, a clear disappointment and roughly on par with 2011’s performance. Not surprisingly, labor market performance during the fourth quarter is emblematic of modest economic performance.

Based on the current estimate, the economy created roughly 453,000 jobs during the fourth quarter. This is down from the 503,000 jobs created during the third quarter. For the year, roughly 1.835 million jobs were added to payrolls, virtually identical to the 1.840 million jobs that were added to payrolls last year. The unemployment rate was unchanged during the quarter at 7.8 percent, but down from 8.5 percent at the beginning of 2012.

Unfortunately for office building owners, many of the jobs being created are in sectors that do not generally utilize office space such as construction, manufacturing, and healthcare. In short, weak economic growth begets weak office-using employment growth, which in turn begets a weak recovery in the office market. Until this cycle is broken, we expect only tepid improvements for the property type.

New construction also decelerated during the quarter, with 3.17 million sq. ft. delivered versus 3.82 million sq. ft. in the previous period. For calendar year 2012, 12.03 million sq. ft. was completed, a decline from the 15.16 million sq. ft. that opened doors during 2011. Tepid demand for office space is providing little impetus to develop new office properties.

With scant demand only slightly surpassing historically low levels of new completions, vacancy contraction is moving at glacial pace. The national vacancy rate remains at heights unseen since 1993 and remains well above the cyclical low of 12.5 percent from 2007 before the advent of the recession.

Asking and effective rents both grew by 0.8 percent during the fourth quarter. This exceeded third quarter performance when asking and effective rents both grew 0.2 percent and was the strongest performance of both measures since mid-2008, before the downturn in the office market. Moreover, on a year-over-year basis, rent growth is accelerating. However, it is important to note that the improvements in rent growth on both a quarterly and annual basis are minor and are only slightly evocative of an improving market. The absence of meaningful rent growth keeps rents moored to levels observed back in 2007.

The outlook for 2013 is slightly better than what we experienced in 2012. Although some of the uncertainty over the potential fiscal cliff has been resolved, spending decisions still remain and the debt situation in Europe, which oscillates in and out of panic, is still uncertain. Moreover, higher payroll and income taxes are likely to reduce consumption and the government is expected to implement some spending cuts, if not outright sequestration.

Nonetheless, job growth is expected to accelerate slightly during 2013 while the unemployment rate is expected to tick marginally lower. Reflecting this moderate improvement, we expect an acceleration in both rent growth and vacancy compression next year. Still, it is important to keep expectations aligned with reality, and the reality for 2013 is another year of slow recovery.

Brad Doremus is senior analyst, and Victor Calanog is head of research and economics for the New York-based research firm Reis.