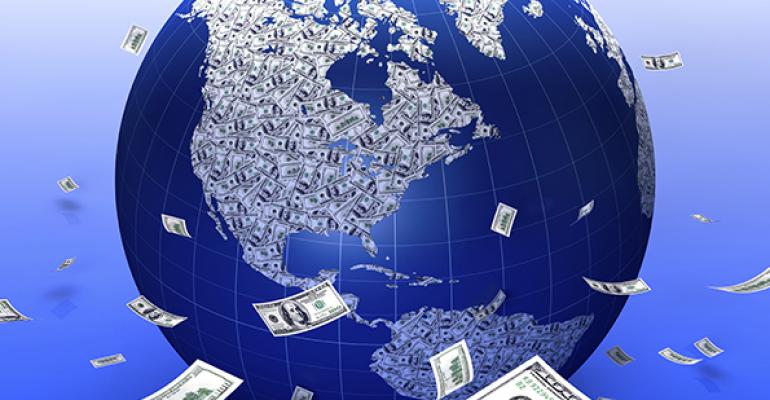 Sovereign Wealth Funds Up the Ante on CRE Investment in the U.S.

Last year, foreign investment in U.S. real estate amounted to about $40 billion. During the first quarter of 2015 alone that volume has reached nearly $22 billion, according to commercial real estate services firm Colliers International. “Unless we see some external force come in and interrupt the flow, 2015 is going to come in and crush 2014,” says Brian Ward, president, capital markets and investment services for the Americas at Colliers International in New York City.

Current activity could be just the tip of the iceberg with the majority of sovereign wealth funds working to increase their allocations to real estate. An estimated 84 percent of such funds are looking to push more capital into commercial real estate as they are below target allocations, according to the 2015 Sovereign Wealth Fund Review produced by London-based research firm Preqin. And much of that capital is firmly focused on the United States. According to Preqin, 59 percent of sovereign wealth funds have invested in North America.

Yet these funds are struggling to reach those higher targets amid a highly competitive market. The obvious statement is that there is way too much money chasing too few real estate assets, and that is not a challenge limited to the United States, but a global issue, says Ward. “Everybody is fighting over a very narrow bandwidth of assets, and when you delve into the sovereign wealth area, it becomes particularly so,” he says.

However, the field is also expanding with new funds coming into the market from emerging nations in Asia, far Eastern Europe and Africa, says Green-Morgan. “Over the next five or six years, I think we will see a real expansion of this sovereign type of investment strategy,” he says. “I think a lot more countries around the world are looking at the ways that these sovereign funds have benefited.”

The big question for sovereign wealth funds is if they are willing to move beyond their comfort zone of buying trophy office buildings in gateway markets in order to increase allocations. “Whenever those big, shiny landmark properties come on the market, sovereigns tend to be in the mix when it comes to buying them,” says Green-Morgan. However, the funds are increasingly employing a full spectrum of strategies, looking at different property types and markets. Particularly in the U.S., sovereign wealth funds have been looking at more apartment and logistics portfolios.

Last December, for example, GIC announced that it would purchase a major industrial portfolio from the Blackstone Group. The Singapore fund acquired IndCor Properties, a wholly-owned U.S. industrial platform with a portfolio of 117 million sq. ft. of assets for $8.1 billion. “That is a great example of a sovereign wealth fund taking a more diversified position in less sexy assets,” says Ward.

However, talking about expanding an investment scope and actually putting a plan in action is not necessarily an easy change, notes Ward. Sovereign wealth funds that dip more into “mainstream” investing will find themselves going head-to-head with other major investors, notably the private equity groups such as Blackstone, Starwood, Colony Capital and Lone Star.

“You can go on and on, and they are all looking for the same stuff,” says Ward. “So you enter into another huge basket of competition.”

Preqin found that 86 percent of sovereign wealth funds seek direct investments in real estate assets, while 64 percent look to invest through private real estate fund investments. The more direct investing strategy and diversifying outside of their home markets is clearly something that these funds are going to continue to do, says Lucy Fletcher, director of JLL's international capital group and Americas capital markets team.

In some cases, sovereign wealth funds are also looking to get more boots on the ground in the U.S.

“That’s where they get more clarity and line of sight on deal flow,” says Fletcher. For example, the Qatar Investment Authority, which manages about $256 billion in assets, recently announced that it will establish an office in New York City as it looks to place more capital in real estate stateside.

“We are definitely seeing, in certain instances, funds making more of an effort towards adding some staff. But in relation to the capital that they have to deploy, I don’t think they could grow their staff fast enough to openly execute what they are trying to achieve,” says Ward.

Most sovereign wealth funds operate with very lean real estate staffs and rely heavily on the operating platform of their joint venture partners. The staff they are adding is most likely aimed at helping to better deploy that capital with their operating partners, Ward adds.