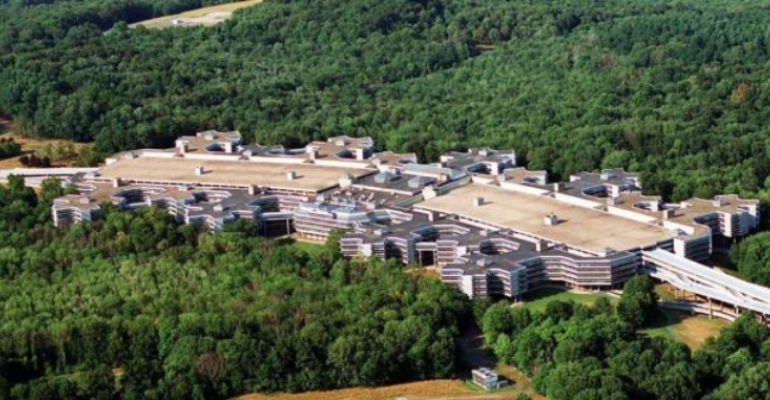 A (Tax) Tale of Two Campuses

With apologies to Charles Dickens, a tale of two corporate office campuses underscores the fickle nature of real estate fads and the difficulty property owners face in convincing tax tribunals that standard valuation matrices may not apply in properly assessing these large, suburban properties.

Aetna Life Insurance Co. developed more than 1.6 million sq. ft. of corporate and computer center space together with parking garages in the early 1980s in a rural area of Middletown, Conn., spending almost $170 million in the process. In 1995, the property owner challenged the city’s $250 million market valuation.

Aetna held that the property’s highest and best use was as a multi-tenant office project, rather than as a corporate headquarters designed for its exclusive use. This argument seemed reasonable because, among other matters, the developer had built the property with large atria and excessive common areas, together with a number of special amenities such as cafeterias and recreational space which a typical office building would not contain. These amenities obviously drove up the assessor’s value, but mattered little in the market place.

The city contended that since the property was used as a corporate headquarters, its highest and best use was its continued use for that purpose, and that regardless of its inefficient features and super adequacies, it was typical of headquarters structures. In that sense, the highest and best user, not use, determined market value.

Key to the owner’s argument in the tax appeal was that the reproduction cost was legally suspect because it was highly unlikely that anyone would reproduce such a quirky, outmoded structure as the 20th century ended. The owner argued that the situation called for a replacement cost approach that would eliminate the inefficiencies and super adequacies of the property.

Although a Connecticut appellate court upheld the trial court’s reliance on the reproduction cost approach, when Aetna’s occupancy concluded in 2010 and the property owner was unable to find another headquarters corporate occupant, it demolished the building—albeit too late to affect the valuation case.

Union Carbide Corp. moved to Danbury, Conn. from New York City in 1985. It selected a beautifully wooded location close to the New York border to construct an idiosyncratic, multi-level property that floated above the site in so dramatic a fashion that many of its occupants referred to the building as “Battlestar Galactica.” Faced with excessive operating costs and a declining need for such a large area under one roof, Union Carbide reduced its occupancy, but was unable to find many subtenants.

The development’s unusual qualities and its practical insufficiencies prompted a property tax appeal. The company argued, as had Aetna, that whatever the construction cost might have been, the assessor should base its campus’ market value on replacement cost and/or income analysis. The resulting value, the company maintained, was far less than the one the City of Danbury’s assessor had produced.

Here again, the court was unsympathetic, given the huge amount of money spent on development, a juicy sale-leaseback deal which had little relationship to market realities, and what was likely the prevailing view 20 years ago that cost equals value.

Value the use, not the user

A valuation that relies on a single corporate occupant or user assumes a sale to a similar occupant. That essentially converts the market-value-in-exchange analysis, which is legally required in most states, to a market-value-in-use construct.

In the second decade of the 21st century we know that these buildings are seldom re-used by single occupants. Demolishing a bad decision, as with Aetna’s Middletown campus, or subdividing the structure for multiple users as in the case of Union Carbide, is far more likely.

Reliance by local assessors on the single occupant, value-in-use theory ignores the much greater likelihood of multiple occupancy, with attendant significant renovation, subdivision and tenant improvement costs, as well as a considerable period of vacancy while the building is marketed for lease.

The Egyptian pharaohs coerced thousands of slaves to build their pyramids three millennia ago, creating the classic single-user structure in the process. While these potentates succeeded in creating their brand and in making a profound statement about their majesty and importance, both in life and in death, most corporate campus headquarters lack these qualities and must stand the test of economic utility.

That so many campuses failed is one of the dramatic real estate stories of the last 40 years or so. Owners faced with appealing the assessments of overvalued headquarters assets today should emphasize that whether or not value in use to the user was ever a valid yardstick, is utterly irrelevant today.

Melton Spivak, retired, was vice president of corporate property taxes for JPMorgan Chase & Co. Elliott B. Pollack is a member and valuation department chairman at the law firm Pullman & Comley, LLC, in Hartford, the Connecticut member of American Property Tax Counsel, the national affiliation of property tax attorneys. He can be reached at [email protected].