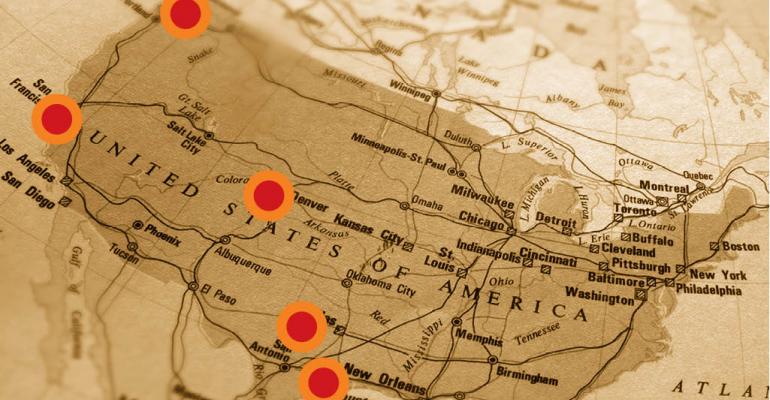 The traditional hierarchy of global cities is breaking down, according to experts, as technology, globalization and urbanization trends have started to attract real estate investment on a broader scale.

According to a new report by commercial real estate services firm JLL, the new trends have allowed some small and midsize cities to rival the larger, more established cities in drawing investment capital. These “new world” cities score high with residents and businesses for livability, sustainability and fast adaption of new technology and transportation infrastructure, says Jeremy Kelly, director of global research programs at JLL. Basically, people and companies want to move to those cities, whether it due to a strong spike in jobs, as is the case with San Francisco, or mild climate and high quality of life, such as in Denver.

“There’s increasing evidence that these ‘new world’ cities are attracting a disproportionate level of real estate investment,” Kelly says. “While global real estate volumes have been flat as a whole, investment into ‘new world’ cities is up about 73 percent in the past 10 years, and about 20 percent in the past 12 months. They’re really starting to punch above their weight.”

‘Old world’ cities would, of course, include the established “big six,” he says, including New York, Tokyo, London, Paris, Hong Kong and Singapore. That makes sense, as property fundamentals in those cities are far better than in the rest of the world. ‘New world’ cities, are smaller cities with high income levels, efficient infrastructure, high quality of life and fewer social, environmental or economic drawbacks such as crime, pollution, congestion, high cost of living or high income inequality, Kelly notes.

Globally, these cities include Brisbane, Hamburg, Helsinki, Munich, Melbourne, Vancouver and Vienna. Below we list (in no particular order) the top five ‘new world’ cities in the U.S, according to Kelly and JLL.