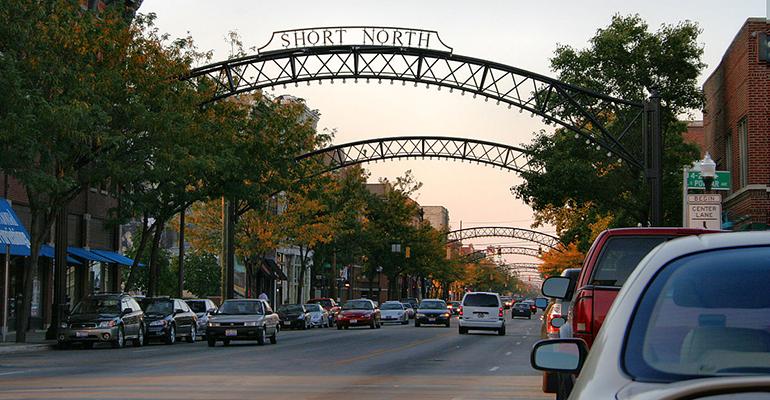 Growing companies in search of young talent have had to look to new markets to access young talent pools and take advantage of better economics, like lower salaries and real estate costs.

The trend of office users “right-sizing” their space for cost efficiency, which emerged during the recession, has continued, says JLL National Research Director Julia Georgules. She notes that office users are renewing their leases, but many are downsizing, shedding excess space or allocating less square footage per employee than previously to deal with rising rents in urban markets.

The biggest shift during the current real estate cycle has been the movement of companies back into cities to access new talent, Georgules adds, since young professionals today prefer a city lifestyle. “Influenced by the sharing economy and the reduced desire for ownership, Millennials moved back into urban areas where they are renting, taking public transit and accessing the multitude of amenities available in a dense, vibrant city.”

Early in the cycle it was San Francisco and New York that drove most of that activity. More recently, however, the trend has expanded into other big cities, including Boston, Seattle and Chicago. But as tenant demand increased in these core urban markets, it pushed up rents and reduced the supply of available office space.

As a result, growing companies in search of young talent have had to look to new markets to access those talent pools and take advantage of better economics, like lower salaries and real estate costs. Meanwhile, young professionals are also opting to make a home in some of these smaller markets, due to a high quality of life and lower housing costs.

Many urban markets, including San Francisco and Seattle, have surpassed previous peak rents. For instance, San Francisco’s overall office rent, according to a JLL’s fourth quarter 2016 report, was $73.65 per sq. ft., up from the peak 2007 asking rent of $42.12 per sq. ft.

The rent advantage in secondary urban markets is notable, though office rents in those markets are on the rise. “Smaller markets were slower to recover, so there’s more momentum in rent growth now at the later part of the cycle,” according to Georgules.

This is good news for investors, Georgules adds, as there are still some markets on the upswing that can provide higher yields. She points to Columbus, Ohio, Richmond, Va. and Miami as some of these markets.

“From an investor standpoint, assets in gateway cities are getting pretty pricey at this stage in the cycle and yields are contracting so much, investors are looking at secondary urban or suburban markets,” says Scott Lathan, vice chairman and co-lead of the New York capital markets group with real estate services firm Colliers International. He notes that the trend includes foreign investors, which view U.S. urban markets as more opportunistic and stable than markets at home.

Columbus is good example of these trends. With overall asking rent of $18.96 per sq. ft., according to a mid-year 2016 JLL report, it still has room for rent growth. A number of Fortune 500 companies are headquartered in the city, and a significant talent pool can be found in the Short North neighborhood, which is located just north of downtown, south of the Ohio State University campus and a short walk away from the Nationwide Arena district office market.

The neighborhood began gentrifying in the 1980s and now attracts hip, young professionals. With buildings dating back to the 1920s, it is heavily populated with storefronts along High Street, which include art galleries, specialty shops, pubs, nightclubs and coffee houses. The commercial area is surrounded by old apartment buildings, row houses and newer condominium projects.

With tech and creative tenants preferring urban markets, older buildings in these areas are being re-positioned for modern office users, Georgules points out. “This is mostly happening in B buildings, but if a class-C building has good architectural elements and good structure, we’re seeing redevelopment plays there too, but these companies still need a good canvas to start with.”

Class-B buildings in urban markets often have the architectural features that tech and media companies want, according to Latham. He adds, however, that while there has always been demand for such properties, the current price points might be getting too high, with rents going from $30 per sq. ft. to $50. For the time being, however, this isn’t discouraging users.

Chicago’s 1K Fulton, a former cold storage facility in the city’s Fulton Market sub-market that was redeveloped and leased to Google, is probably the best example of this, says Georgules.  Another example is the former Sears building in Uptown Oakland, Calif., which Uber purchased for its headquarters. “This put that sub-market on the map from a demand perspective,” she notes.

The redevelopment of the former Ford Factory in the Los Angeles Arts District is another interesting play, and the first major project to land a tenant in that sub-market, capturing Warner Music. Georgules also notes that in downtown Durham, N.C. several former tobacco factories have been renovated to accommodate office tenants. She cites the American Tobacco campus, which is home to more than 200 start-ups, as a good example.

Many of these revitalized neighborhoods started by offering a mix of uses with retail and multifamily, but their popularity has given way to new office projects as demand spilled over, Georgules says. And it’s not just technology and media companies that find these sub-markets appealing. It’s also “traditional companies that appeal to a younger workforce. Many companies are thinking about these neighborhoods as a competitive advantage… and attracting the right kind of talent they need to take them into the future.”

For investors in office assets, finding the right property has become a question of which neighborhood and street to look at, rather than which market.

“You can’t look from the bottom down any more, you need to look from the center out. That’s where you’re going to see what’s in demand and what’s not,” Georgules says, noting that fringe markets are a natural expansion of the central business districts (CBDs).

Correction: There was a typo in first reference to Scott Latham's name. This has now been fixed.
TAGS: News
0 comments
Hide comments
Related
Sponsored