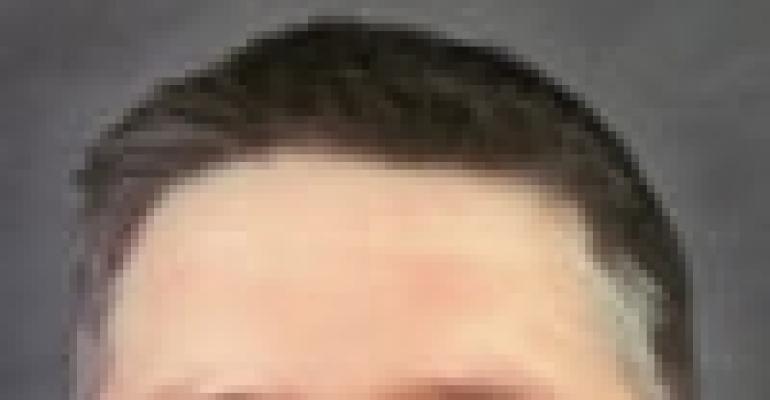 Starry will be based in the firm’s Dallas, Texas office and will create opportunities on a national basis, oversee existing assets and expand the company’s multifamily development.

Starry is a member of the USGBC, the ULI and The Real Estate Council and holds a State of Texas real estate license.

NREI talked to Starry about how multifamily has fared in the recession and the effect of the housing crash on the sector. An edited transcript of that interview follows.

NREI: What's the most important trend or issue in the world of multifamily real estate now?

Carl Starry: For multifamily developers, finding quality urban core opportunities that interest institutional investors is the current challenge. There is no doubt that multifamily fundamentals are stronger than they have been in quite some time. However, investors—and rightfully so—have been focused on where they feel the most safe. Currently in Texas, this has led to a large number of developers competing for a limited number of urban infill sites. The industry’s focus on a narrow development segment has created the appearance of overbuilding, but only in certain submarkets, and the resulting bottleneck is leaving the supply short of meeting the overall area demand. The opportunity may actually lie in submarkets just outside the core that have good employment fundamentals.

For the industry as a whole, the challenge is in how to address the economies of Generation Y and the Baby Boomers. Generation Y is the largest population segment since the Baby Boomers, numbering nearly 90 million. Many of those individuals who are workforce eligible today are either unemployed or underemployed. It is projected that they will earn less than the generations that preceded them. The Baby Boomers range in age from approximately 48 to 66 years old, and today many are choosing to become renters rather than homeowners. They also have been hit hard by the recession, and at a time that is not favorable toward retirement goals. Therefore, many will continue to remain in the workforce for a longer period of time and have less to spend than originally anticipated. The lack of income growth for these groups is a major constraint against rent growth. Additionally, when the housing market does recover, the demand for apartments will be impacted.

NREI: What is McShane’s response to that?

Carl Starry: McShane is dedicated to developing and constructing quality and sustainable communities that will meet the needs of current generations and become stable, long-term investments for our partners. Although rent per sq. ft. drives our return, monthly rent per unit drives occupancy. Accordingly, smaller, more affordable, units with Generation Y renters in mind are the focus. McShane Development is not only looking at core urban locations, but also transit-oriented development, suburban communities with an urban core and other smart growth development opportunities. We will also be exploring opportunities to create a more attainable product where the need occurs. The creation of a vibrant, livable community is the highest assurance that an investment will enjoy long-term viability, sustainability and profitability.

NREI: In general, how do you see multifamily continuing to cope with the economic recession?

Carl Starry: Strong job growth is the key to household formation which drives the multi-family market. In Texas, we have witnessed a return of job growth that is producing good-to-great fundamentals. Many other large national markets are returning to pre-recessionary numbers as well. Fortunately, the pre-recession multifamily market was still expanding in many markets and consequently, there was not an oversupply during the crash. The existing units were absorbed and very few units were built during 2009 and 2010 thereby creating a more rapid recovery period and today’s current demand. The increase in demand will take some time to fulfill expanding this cycle a few more years than we’ve typically seen in the past. The question becomes how aggressive can we continue pushing rents? In many markets, we are starting to see stronger push back from the residents. As new product comes on line, lease-up concessions will provide new options for those residents and rent growth may start to trend lower than the aggressive rate we are currently experiencing.

NREI: In many cities and regions, rentals are on fire because of the situation with the sour home buying real estate market. How long do you see that trend continuing and what happens when the housing market (hopefully) recovers?

Carl Starry: It appears that the housing market is at the bottom of the cycle. Last month’s report from the U.S. Department of Commerce indicated another modest uptick in new home sales. Existing home inventory remains at record lows allowing the opportunity for new single-family starts. These signals could perhaps indicate a concern in the future for the multifamily industry. However, the demand for apartments has consistently outpaced supply in the larger markets and if job growth continues, the health of this sector should be the trend for a few more years to come.

Ryan Cos. US Inc. has opened an office in Austin, Texas as part of its expansion into the South Central region of the U.S. Hunter Barrier will serve as president of the new regional office. He is a local real estate veteran with more than 25 years of experience in the commercial real estate world.

Ryan, a national commercial real estate firm headquartered in Minneapolis, Minn., has worked in the region for the last decade, notably on projects for Alstom Wind, Target, The Hartford, Home Depot and Gander Mountain.

CBRE Promotes One Exec, Hires Another

His promotion is the quickest in the occupier group within the past five years and during that time period he is also the youngest broker to reach vice president status within the division.

Since joining the firm in 2007, Milonas has focused on representing office tenants in Chicago, nationally and internationally. He has been involved in the closing of 75 real estate transactions with a total transactional value of over $152 million.

Donovan will be working on the retail team in both tenant and landlord representation in the Richmond, Va. office. Donovan comes to CBRE after graduating from Virginia Commonwealth University, where he earned a Bachelor of Science degree in business administration and management in 2011.

He will work with the firm’s real estate investment activities sourcing, underwriting and executing new acquisition and development opportunities.

Stanworth comes to Capstone from Hillwood Investments, the real estate firm led by Ross Perot, Jr., where he was vice president of acquisitions and asset management. There he co-led the investments group and was directly responsible for approximately 25 acquisition and development joint ventures totaling more than $1 billion of value encompassing retail, office, industrial, hospitality and residential properties.

He will be responsible for executing new projects in both Philadelphia and Malvern, Pa.

Dan Shiels joins as director, based in Charlotte, N.C., and Alex Garcia joins as a manager, based in Miami.

Shiels will lead the South and Southeast residential and builder markets, focusing on evaluation and advisory services. In his 26-year career he has made more than $500 million in transactions.

Garcia will focus on evaluation and advisory services and new business development in Florida’s local and international community and will visit foreign buyers and sellers. During his 30-year career, he was involved in more than $2.5 billion of real estate transactions including the development, condo conversion, asset management and disposition of more than 5,000 residential units and 5 million sq. ft. of commercial space.

In addition to his position at Diliberto, Shiels is a principal at Charlotte, N.C.-based Lifestyle Property Solutions, a consulting firm that provides marketing, sales and operations solutions for master-planned and resort-style residential real estate communities. These services will segue to Diliberto.

She will be based in the retail real estate firm’s Phoenix headquarters and will assist with fund-raising efforts, managing investor relationships and helping identify and underwrite acquisition opportunities throughout major metro markets in the West Coast.

Schneider comes to Vestar from Lubert-Adler, where she was a vice president and responsible for establishing and maintaining joint venture relationships with third-party operators in addition to acquiring and asset managing a portfolio of West Coast retail properties.

Indvik, a 35-year industry veteran, has spent more than 20 years with Lee & Associates, the past seven years as its chairman and two years as its CEO.

Jeff Rinkov, president of the Los Angeles – Central office, also remained on the board to complete his two-year term, which ends on July 31, 2013.

Members elected to serve a one-year term beginning August 1, 2012 through July 31, 2013 include Nathan Anderson, managing principal of the Kansas City office, and Jon Savoy, president of the Southfield, Mich. office, who was re-elected for a second term.

Thompson joined the Lee Orange office in June 2009 and previously worked at Daum Commercial Real Estate. He has closed more than $15 million in transactions so far in 2012.

Also with the Orange office since 2009, Hudson was named a Top 10 producer in 2011 and associate of the quarter for all four quarters in 2011 for Lee’s Orange office. Prior to his career in real estate, he played six seasons of Major League Baseball as a pitcher for the Cincinnati Reds and Kansas City Royals.

Bier joined Lee in 2009 and is based in the Carlsbad - North San Diego County, California office. Prior to joining Lee & Associates, Bier worked with Cushman & Wakefield and was responsible for the leasing and sales of over 1 million sq. ft. of space in San Diego and Southwest Riverside County.

Bergman has served as a commercial leasing coordinator at Rose for eight years and has more than 15 years experience in retail and commercial leasing. In recent years, he has been active in securing tenants for prominent retail locations in Manhattan, including the Chelsea Landmark, The Capitol at Chelsea, Peter Cooper Village/Stuyvesant Town and multiple locations on Eighth Street in Greenwich Village.

In addition to leasing, Bergman holds management responsibilities that include tenant administration, construction document review, architect sign-offs, signage conformance and insurance updates. Prior to joining Rose Associates in 2004, he was an associate director at Murray Hill Properties.

Napoli comes to Rose from Sherman Advertising Associates where she was senior vice president. She has developed successful advertising and marketing programs for a variety of real estate product lines from luxury condominium and retail centers to resort-style second-home communities. During her career she has executed campaigns for Tishman Speyer, Hines, and the W Hotel and Residences division of Starwood.

Mindes comes to Rand with 25 years’ experience as a real estate appraiser and more than 20 years of owning his own business in Florida, N.Y. He specializes in New York State’s Orange and Rockland counties.