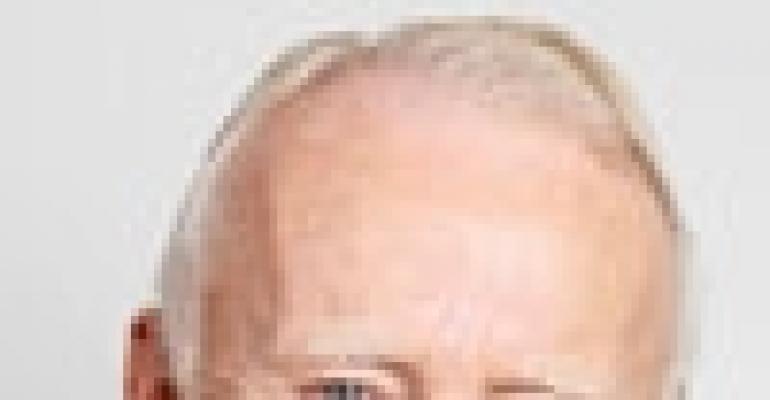 Von Ancken brings more than 40 years of real estate appraisal expertise to this position, having appraised hundreds of billions of dollars of real estate throughout his career. As chairman, he will focus on opportunities to fuel Landauer’s future growth, utilizing the strength and breadth of BGC Partners’ proprietary technology platform, its team of real estate debt and equity experts and its powerful market data to provide quality market knowledge and enhanced valuation and consulting services across all practice areas.

Von Ancken has served as executive managing director of Grubb & Ellis New York for most of his career. He testified before the Supreme Court to deter the demolition of Grand Central Terminal and has appraised more than 10,000 properties in and around New York City, including the Empire State Building, the Chrysler Building, Rockefeller Center and the World Trade Center. He is also a member of the Royal Institute of Chartered Surveyors.

NREI talked to Von Ancken about his goals, the way the commercial appraisal business has changed over the years and trends in air rights.

NREI: What is your primary goal as you move into this new position?

Robert Von Ancken: The merger brought together some fantastic brainpower and my objective is to draw on those resources to generate business. That means I’ll be formulating growth strategies with the heads of our various offices and coordinating regional growth plans with the service lines offered by BGC Partners and Newmark Grubb Knight Frank.

There are also opportunities to bring in new lines of business through special practice groups that provide services and the like. I’m looking at ways we can organize existing talent at Landauer to tap those market segments and grow our business.

NREI: What is one of the key differences between the commercial appraisal business now, compared to, say 10 years ago? What about 20 years ago?

Robert Von Ancken: Information on markets is much more plentiful and readily available but we are also working under substantially increased regulation, which adds layers of work and documentation.

The business model has changed to a degree with the introduction of appraisal management firms, which hire appraisers on behalf of institutions and banks. And with fewer loans being made right now, appraisal has grown beyond its traditional services into other lines such as litigation support and feasibility analysis. In many business pursuits today, having the right appraisal firm can make all the difference.

NREI: You are one of the foremost experts in air rights in the nation. What's the most important issue going on right now in that regard?

Robert Von Ancken: The ability to transfer air rights throughout a neighborhood would open new avenues for special development, including moderate-income housing. Right now in New York City, air rights can only transfer to an adjoining property or, if the building has a landmark designation, the air rights can transfer across the street with permission from the city planning commission. So transferability of air rights is limited.

NYU and other private groups are studying this issue, and their findings will show the city how such a change could increase tax rolls.

NREI: What do you see as the most important trend for commercial appraisals going into the rest of 2012?

Robert Von Ancken: REITs are growing as a customer base and significant growth in commercial mortgage-backed securities will require appraisals. That demand will grow as the market picks up speed and give some needed volume to the appraisal business.

Longer term, the successful commercial appraisers will embrace a broader consultancy role and won’t limit themselves to valuing properties. We will continue to expand our role of establishing value, spreading into determinations of highest and best use, demographic research, marketability and feasibility, arbitrations, fairness opinions, economic and geographic studies, working with property owners on zoning issues and, more than ever, various types of litigation support.

David Eyzenberg joined Avison Young as a principal for the capital markets team in the firm’s New York office.

His responsibilities include raising capital and providing investment banking services to Avison Young's commercial real estate clients nationwide. Eyzenberg will focus on entity and asset recapitalization and financing debt and property acquisitions. He will also advise Canadian and domestic institutions on deploying capital into U.S. investment opportunities, with special regard to structured ground lease transactions.

Before joining Avison Young, Eyzenberg served as managing director and head of commercial real estate for NewOak Capital, a New York-based financial advisory firm. His tenure at NewOak followed the company’s acquisition of Prodigious Capital Group, an investment banking practice that he founded and led in consummating more than $350 million in financing and advisory assignments.

His transactions included obtaining $14 million of joint-venture equity for the purchase of a New York development site by a private owner, arranging a $28 million predevelopment bridge loan for a New York-based developer and structuring a $17 million blanket mortgage on seven multi-state assets for a private family.

They will specialize in advising landlords and tenants with their leasing and investment real estate needs in Southern California's Mid-Cities and North Orange County markets.

Before JLL, both were senior vice presidents at a major commercial real estate firm where they were responsible for working with numerous investors and tenants.

She will act as general manager of MB Real Estate’s Wacker Portfolio, which includes the properties at 55 W. Wacker, 205 W. Wacker and 221 N. LaSalle in Chicago.

Coupe, as associate director of business planning and reporting for the firm’s European offices, established the firm’s best practices and company processes, including structuring the platform for portfolio management and financial planning/analysis for over 200 assets in Europe.

Mager established Broadview in 2008 after leaving Goldman Sachs, where she had spent 12 years. As managing director and business unit leader at Goldman Sachs, Mager led a team of 19 research professionals covering more than 90 publicly traded companies across all sectors of retail.

Mager has been recognized as a top analyst in surveys by Greenwich Associates, Reuters, Starmine, and the Wall Street Journal, as well as by Institutional Investor magazine which named her an All-Star Analyst for nine consecutive years (1999-2007.)

Collin Comer will serve as managing director in investment acquisitions. Previously he was with a private equity investment team focused on value-add investment strategies in office, industrial, multifamily and residential/mixed use projects. During his career he has underwritten and directed capital investment in more than $3 billion of commercial real estate assets.

Jonathan Napper comes to TIM’s investment acquisitions division as vice president and he will source qualified acquisitions opportunities nationally and will coordinate financial analysis and due diligence for assets. Napper previously worked for Archon, CBRE and Brook Partners with a focus on office and industrial properties.

The company also hired Swain Weiner, who joins the firm as president and partner of the new division. Weiner comes to Greiner-Maltz from Massey Knakal, where he served for the past 10 years as vice president of sales.

Bobey comes to KBS from The Hartford Financial Services Group Inc. Most recently, as regional marketing director for that company, he managed a multi-state territory of more than 3,400 financial advisors including independents, regional firms and banks.

Davis will develop institutional channel distribution strategies for the company’s existing and expanding product portfolio, including sales of alternative and direct investments.

He comes to Behringer Harvard from Gorelick Brothers Capital in Charlotte, N.C. where he was director of investor relations. From 2005 to 2008, he was managing director and head trader, debt capital markets, for National City Bank in Cleveland, Ohio.

He will be responsible for leading enterprise-wide risk strategy for the firm. Saksena comes to Berkeley Point Capital from Global Risk & Capital Advisors, an independent risk consulting firm he founded in 2010 that was based in Vienna, Va. Prior to that, from 2005 through 2010, he served as chief enterprise risk officer for Freddie Mac.

Hunton & Williams LLP has brought on four new real estate finance partners to be based in New York City.

Ratliff will cover a variety of housing and finance-related policy issues for the council’s growing government affairs program. He comes to the NMHC from the U.S. House of Representatives Committee on Financial Services, where he was a member of the Housing Subcommittee professional staff. He worked on FHA, flood Insurance, GSE reform, affordable housing, the Dodd-Frank Wall Street Reform and Consumer Protection Act and a variety of other mortgage finance and secondary-market issues.

REBNY honored three real estate professionals with its Deal of the Year Awards at its ceremony on Tuesday.

The Most Creative Deal in Manhattan award was given to C. Bradley Mendelson and Alan Schmerzler of Cushman & Wakefield for the leasing of the Times Square Theatre. The Retail Deal Which Most Significantly Benefits the Manhattan Retail Market award was given to Scott M. Bloom of Bloom Real Estate Group LLC for 55 Fulton Street—Key Food.

In the Times Square deal, Cushman & Wakefield facilitated a long-term net lease for the historic theatre, resulting in the restoration and conversion of the building into a cutting-edge retail and entertainment environment.

In the Key Food deal, Scott M. Bloom expanded a small supermarket in lower Manhattan tenfold. The 30,000-sq.-ft. transaction at 55 Fulton Street was the fifth-largest retail deal in Manhattan in 2011, according to published reports.