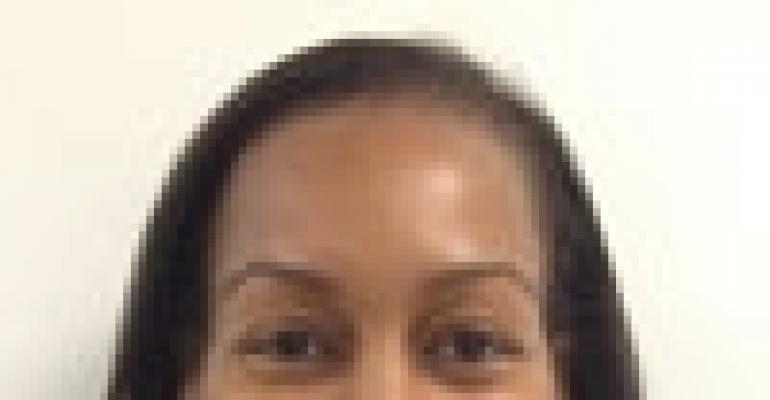 Based in New York, Clinton will work closely with the firm’s capital markets experts across the nation to create and effectively leverage sales and financing research.

In addition, the firm has also named Brady Titcomb research manager for multifamily. Based in Fort Lauderdale, Fla., Titcomb will lead the firm’s data collection analysis and reporting on the apartment market. Titcomb previously served as JLL’s director of research for the state of Florida.

Clinton is a former director at Oppenheimer & Co. Inc., where she worked within the firm’s research area and focused on the REITS and real estate sectors. She also served as a former vice president at Bear, Stearns & Co. Inc., and an assistant vice president at Merrill Lynch & Co. She began her Wall Street career as a summer associate within Goldman, Sachs & Co.’s investment research division.

NREI talked to Clinton about her future goals with JLL and what’s crucial now in the world of capital markets.

NREI: Your role with Jones Lang LaSalle will be to “broaden the firm’s investment market analysis in the US.” What will that breadth include and where do you see it going?

Marisha Clinton: There is a plethora of data out there in the marketplace—be it locally, nationally or internationally—that serves as a driving force behind intelligent investment-making decisions pertaining to real estate. The key is to gather the relevant information from appropriate sources, perform the rigorous analysis and timely deliver a compelling story to users of this primary research. This will allow us to deliver keen insights to help our clients make smarter investment decisions.

NREI: What’s the most important issue right now in the capital markets field?

Marisha Clinton: There are many factors that have a daily impact on capital markets. These factors include political and regulatory uncertainty in the U.S., geopolitical concerns over in Europe, as well as lingering negative macro-economic impacts brought on by the financial crisis of 2008. Considering and analyzing the impact all of these factors have on owning, occupying and investing in commercial real estate is the most important issue that lies before us today.

NREI: How do you see JLL addressing that?

Marisha Clinton: Jones Lang LaSalle’s capital markets business has experienced tremendous growth over the past few years and has supported the firm’s full-service global platform. With the addition of capital markets research, a platform has now been created to serve as a standard business development tool that leverages core macro-level U.S. investment analysis, granular local investment insights and the collaborative work with global capital markets and investor marketing professionals to produce forward-thinking and actionable decision-making capabilities. This will differentiate Jones Lang LaSalle as we help connect the dots across the firm and with clients.

Donovan joins State Street from Beacon Residential Management, where he served as chief executive officer responsible for the asset management of the company’s real estate portfolio. While at Beacon Residential Management, he also served as chief financial officer, leading the company’s middle and back office operations. Donovan has also held a variety of senior level positions in finance and operations at other realty companies.

Mao will be based in New York and will be responsible for all acquisitions and management contract development in the Northeast and Midwest.

Mao comes to the San Francisco-based Kimpton from Scout Real Estate Capital in New York where he was vice president of acquisitions and finance. Prior to Scout, Mao spent time with IHG as regional vice president and with Lehman Brothers.

Cressman has completed transactions in excess of $3 billion in the San Francisco property market. He will continue to focus his efforts on investment sales in both San Francisco and the larger Bay Area as executive managing director of the firm’s commercial’s capital group. Taquino and Kovac will be managing directors of the Capital Group.

Pircher, Nichols & Meeks has hired David C. Presser as an associate in its Chicago office.

In his new position, Presser will focus on corporate transactions and private equity.

Prior to joining Pircher, Presser had been a corporate and private equity associate at Kirkland & Ellis LLP since September 2007.

Robert H. Bernstein has joined the New Jersey office of Greenberg Traurig LLP as a shareholder in the labor and employment practice.

Bernstein focuses his practice on labor and employment issues exclusively for management, with an emphasis in litigation and counseling. Prior to joining Greenberg Traurig, he was head of Constangy Brooks & Smith LLP’s Princeton office, where he was a partner.

At the same time, the company has promoted John Waters, based in San Francisco, to vice president and hired Akash Sharma as an associate in New York.

Prior to joining Clairvue, Waters was an acquisitions associate at Starwood Capital Group, where he participated in the closing of more than $1 billion of investments. Sharma comes to Clairvue from CIM Group, where he was an investments associate responsible for completing more than $500 million in stabilized and opportunistic real estate investments and financings. At Clairvue he will support the underwriting and execution of the firm’s investment opportunities.

Chris Bowers has joined the firm of Eshenbaugh Land Company.

Bowers comes to the Florida-based real estate broker firm from Paradise Ventures where he was director of disposition, responsible for the sale of grocery-anchored shopping centers, retail outparcels and build-to-suit retail properties. He has been involved in the acquisition and sale of existing retail properties and development projects valued at more than $165 million.

Urban theorist Richard Florida, author of numerous books on the 21st-century urban evolution, has been named a senior visiting fellow for the Urban Land Institute.

Florida, senior editor for The Atlantic, is also director of the Martin Prosperity Institute and professor of business and creativity at the University of Toronto’s Rotman School of Management.

As a ULI senior visiting fellow, Florida will speak at four of the institute’s major meetings, collaborate with ULI members and staff and will work to ignite dialogue and discussion on city building.

HOOPP, with a real estate portfolio valued at $6 billion, was also honored as best large real estate investor, best innovation, and best institutional investor (other) in the London, England-based competition.

This was the first year that the Investment & Pensions Real Estate awards were open to real estate investors from outside Europe. HOOPP has recently expanded into the European market with a development at St. James’ Gateway in London, and with a partner, the recently opened Nova Karolina mall in Ostrava, Czech Republic. In Canada, HOOPP’s Telus Tower and AeroCentre V developments have received gold LEED designation for excellent in quality, design, and environmental efficiency.