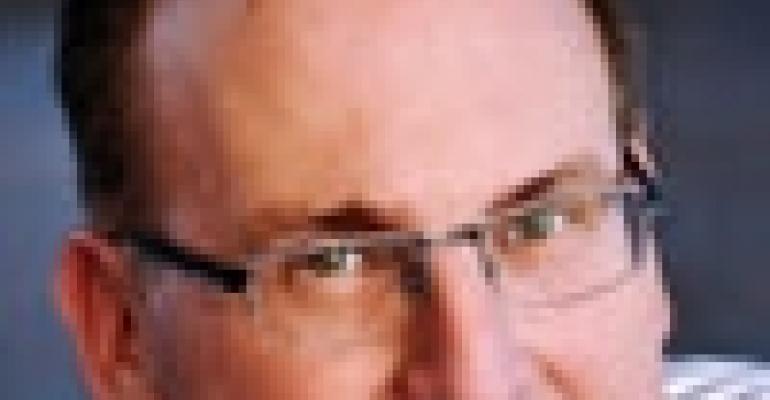 He will specialize in advising tenants, landlords and investors in the creative office and entertainment sectors along with another new hire, Senior Vice President Hayley Blockley.

Muhlstein comes to JLL with more than 25 years of experience in entertainment and creative office real estate providing multiple services including tenant representation, landlord leasing and sales of a wide variety of properties. Prior to joining JLL, he was a senior broker at Cushman & Wakefield, where he was responsible for working with numerous landlords, tenants and investors.

In the past five years, Muhlstein has participated and advised in more than $2 billion of transactions. He is also very active in the industry and community activities, serving on boards and in advisory roles for four mayoral administrations, the Urban Land Institute, the American Institute of Architects and Los Angeles Commercial Real Estate Association.

Prior to joining Jones Lang LaSalle, Blockley served as director of brokerage services and partnered with Muhlstein in representing tenants, landlords and investors with their real estate needs in Los Angeles. In the past five years, she has completed transactions valued at more than $250 million.

NREI talked to Carl Muhlstein about what’s important for the entertainment field now, the effect of the economy and why it is important to engage in political discourse. An edited transcription follows:

Carl Muhlstein: The most important trend is the change in aesthetics and workplace strategies as leases expire in the next five years: urban, suburban, high-rise, low-rise, large or small floor plates and lifestyle amenities for a changing workforce. The demand for creative office has crossed the boundary from warehouse conversions to rebranding existing buildings with solid fundamentals.

NREI: What impact is the economy having on that sector now?

Carl Muhlstein: The entertainment industry had been historically known for free spending. New management strategies and increased competition have aligned their practices with more traditional Cos. and shareholder expectations. Make no mistake, speed-to-market and competition enable nimble real estate action.

NREI: You’ve worked with four different mayoral administrations in Los Angeles—what advice do you have for other professionals in commercial real estate for dealing with the political ramifications of the job?

Carl Muhlstein: I hope anyone reading this engages in the political process, and I feel that the California Environmental Quality Act, educators, the labor agenda and the general citizens should all be in alignment.

Why is San Francisco on fire as a commercial real estate market? It has the same labor issues, but its transit is faster and the city is promoting tremendous growth at transit-oriented sites. In Los Angeles, we can’t build a small retail building like a CVS pharmacy with a surface parking lot on top of the Wilshire-Western portal. We deserve something better: larger density and amenities, more housing choices and more community serving retail.

NREI: What advice would you give to others making a career in the industry?

Carl Muhlstein: Real estate is a broad field. Urban planning, design, behavioral sciences, sociology and economics all provide insight to real estate decisions. For someone starting out in the industry, I would recommend choosing an area of specialization which aligns with your personal interests and pursuits. Focus on building long-term relationships and understanding the big picture, they overshadow the quick buck.

D’Agostino began his career with Weichert Financial Services in 1993 as an accountant. He soon was promoted up the ranks to assistant controller, controller and most recently chief financial officer.

Rappaport will serve as managing director of CHR Investors. For the past two years, he has been consulting with Chestnut Hill Realty to help develop a strategic plan and research various capitalization options to continue sustainable growth. He also has assisted the development group at Chestnut Hill Realty, which has completed over $40 million in development and redevelopment projects, with another $100 million planned.

Rappaport is a long-term visiting lecturer at the Kennedy School of Government and a founding member of the International Advisory Board of the Harvard Real Estate Academic Initiative. He is also a founding co-chairman of the Commonwealth Housing Taskforce and past president of the Greater Boston Real Estate Board.

Saphier will continue to lead TCC’s Dallas/Fort-Worth business unit, as well as oversee the firm’s Austin, Houston and Chicago business units, including all development and acquisition projects, new business pursuits, finance and operations.

Saphier joined TCC in 2005, and previously served as a managing director. His recent efforts focused on the sourcing, financing, development and leasing of 400,000 sq. ft. of office projects in DFW. Before that, he served as a principal in TCC’s Houston business unit, specializing in the development of class-A office buildings.

Plaza Promotes one Pro Hires Another

Wakeman comes to Plaza after serving as the manager of network real estate leasing and property management for John C. Lincoln Health Network, where she managed all components of the corporate real estate department, including leasing transactions, property management, operations and tenant improvement projects.

McShane Development Co. has brought on Carl Starry to the firm as vice president.

Cushman & Wakefield promoted 11 brokerage professionals to vice chair. They are:

—Joseph Cabrera, who joined the company in 2001 and has earned many awards, including REBNY’s Robert T. Lawrence Memorial Award for exceptional skill in the practice of real estate brokerage.

—Samuel Clark, who came to C&W in 1979 and completed the largest lease transaction in New York City in 1999 by representing Ernst & Young, U.S. LLP in their national headquarters lease for 1.1 million sq. ft. at 5 Times Sq.

—Louis D’Avanzo, who joined the firm in 1991 and was a recipient of the firm’s Brokerage Service Excellence Award for “outstanding achievement in the pursuit of business performance, excellence and total client satisfaction.”

—Gary Greenspan, who came to C&W in 1997. In 2000, Greenspan and his team won the REBNY Deal of the Year award for the Reuters transaction at 3 Times Sq., a 765,000-sq.-ft. building owned jointly by Reuters and the Rudin Family.

—Jay Hruska, who joined C&W in 1984 and has been honored several times with C&W’s Quality Achievement Award for service excellence to his clients.

—Robert Lowe, who joined the firm in 1988 and has been ranked among C&W’s list of the Top 100 Brokerage Professionals in the U.S. every year since 1998.

—Stuart Romanoff, who came to the firm in 1992 and has been involved in sales and leasing assignments totaling more than 20 million sq. ft. of transactions.

—Dale Schlather, who came to Cushman Realty Corp. in 1986, before the company was acquired by Cushman & Wakefield in 2001. He has been involved in more than 20 million sq. ft. of lease transactions in over 35 cities across the United States and internationally.

—Fred Smith, who joined the firm in 1985 and has completed more than 25 million sq. ft. of assignments for major international and domestic organizations.

Quick’s responsibilities will include further developing the company’s global corporate services platform, refining market strategies in key industry verticals and collaborating with CBRE’s business development leaders on large multi-regional global pursuits. He will be based in the company’s Chicago office.

Quick comes to CBRE from Johnson Controls global work place solutions in the Europe, Middle East and Africa regions, where he was vice president and general manager. There he was responsible for the overall results of a global business spanning more than 100 countries.

Hasserjian, who has completed over 1,500 lease transactions and been involved with over $7 billion worth of investment sales transactions, will lead Newmark Grubb Knight Frank’s landlord representation business in Southern California as the firm expands its presence in the region.

Hasserjian comes to NGKF from Arden Realty Inc., a wholly owned subsidiary of GE Capital Inc., where he spent 13 years as a senior vice president spearheading the leasing performance of a 9.5-million-sq.-ft. nationwide office portfolio.

HFF brought on Gregg Shapiro to the firm as a director in its Atlanta office.

Shapiro will focus on debt and equity placement transactions in the Southeast. He has more than 16 years of experience in the commercial real estate and finance industries. Prior to joining HFF, he founded SRE Advisors LLC, a commercial real estate capital markets advisory business. Before that he worked as senior vice president and chief financial officer at GDC Properties LLC.

Prior to joining Hayden, Young was partner at Beacon Commercial Real Estate, a boutique brokerage company. During his nine years at Beacon, he consummated more than 420 transactions, totaling more than 4 million sq. ft., for consideration in excess of $500 million. He also possesses a wealth of experience nationally, having successfully negotiated transactions in 44 states.

Robert (Bob) Slaughter has joined Avison Young as a principal and as the company’s chief legal officer. Slaughter will plan and direct all aspects of Avison Young’s legal affairs across all current and future office locations. He will be based in the company’s Chicago office.

Slaughter brings to Avison Young 30 years of broad experience in both executive in-house corporate legal positions and as a partner in leading law firms. He has advised both publicly-traded and privately-held companies with respect to complex corporate and commercial transactions (including mergers and acquisitions, joint ventures, strategic alliances and financings) and corporate governance matters. Slaughter is currently a senior lecturer in residence at Loyola University Chicago School of Law. Before he joined Loyola’s faculty in 2008, he was the executive vice president, general counsel and corporate secretary at Grubb & Ellis Co.

Elizabeth A. Berlinsky has joined Pircher, Nichols and Meeks as an associate in its Chicago office.

Berlinsky will focus on representing both landlords and tenants in commercial real estate leasing transactions. Prior to joining Pircher, she was an associate at Holland & Knight LLP. She has represented corporations, pension funds, private equity groups, individuals, municipalities and other governmental entities in all aspects of commercial real estate transactions. She has also worked closely with attorneys in banking and corporate groups to close large-scale, multi-state transactions involving the acquisition of distressed debt portfolios.

Anderson will be responsible for the origination and placement of commercial real estate loans with third party lenders on behalf of Towle’s exclusive life insurance company clients. He comes to Towle from Stewart Title, where he was a national business development officer.

Upon receiving his real estate license, Andrew will be assisting in the development of property marketing, valuation analysis, market research, and other corporate activities.

A new firm, 300 Decisions LLC, launched its relocation management services at two offices: a headquarters in Ann Arbor, Mich. and its first regional office in Chicago.

Helen Dennis has built two relocation enterprises: the first as an entrepreneur of Project Advantage, a multimillion dollar company, and the second as a leading director within CBRE.