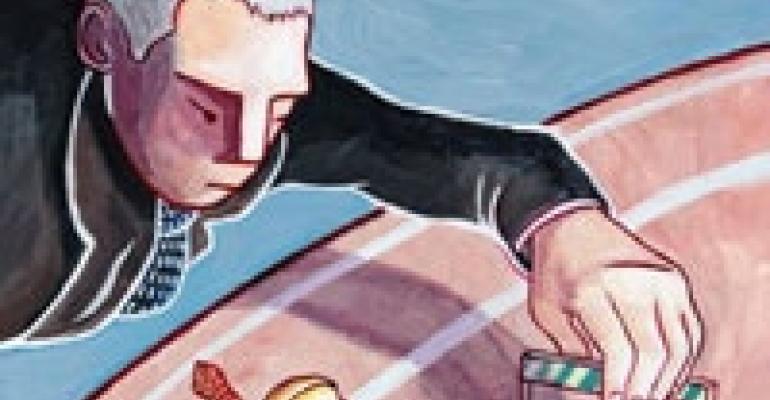 Big-box retailers remain major draws for shoppers and cash cows for developers, but that's not stopping a growing number of states from throwing obstacles in the way of their development.

In the past two years, at least seven states have considered laws that sought to remove authority from local communities when it comes to approving development of big boxes such as Wal-Mart, Home Depot or Costco, and put the authorization at the state level. Maine, Oregon and New Jersey are among the latest to pass or consider legislation. Meanwhile, similar legislation in California, Montana and Vermont either was vetoed or failed to pass.

Opposition to big boxes has come in many forms. In the past legislators have passed living wage statutes and even a health care bill in Maryland that was aimed squarely at Wal-Mart. A new tactic that many states are now employing is to increase the number of impact studies developers need to do when constructing stores with more than 100,000 square feet. Environment impact studies have been requirements in the past. But now states are demanding big-box retailers provide detailed assessments of how construction of their stores will affect municipal services and local businesses.

Big-box retailers naturally view the legislation as cumbersome. Conducting the studies will prove costly and delay construction. In the end, industry experts say, the legislation will have a chilling effect and drive big boxes to build in other states rather than jump through hoops to get projects built.

“We view it as anti-competitive and anti-consumer,” says Joe Rinzel, vice president, state government affairs of the Arlington, Va.-based Retail Industry Leaders Association. “It's in our members' best interest to work with those in the community to determine what's in the best interest of the residents in the area.”

Christopher R. Barstow, state representative from Maine, a sponsor of the recently enacted “An Act To Enact the Informed Growth Act” law, contends placing approval at the state level is not meant to slow development, but only to alleviate burdens on municipal officials.

“Many cities and small towns are ill-equipped to handle the planning process of such large projects,” says Barstow. “Maine continues to be under extraordinary pressure for development, especially along the coast and throughout southern Maine.”

Maine's legislation states any building application for retail development that exceeds 75,000 square feet must automatically undergo analysis. Barstow notes the study gives local communities the information needed to make an educated decision about retail projects that could fundamentally alter a city or town.

Atlanta-based home improvement retailer Home Depot has encountered the legislation in Vermont and Maine, according to a company spokesperson. However, both he and a spokesperson for Wal-Mart declined to comment as to how the legislation impacts the chain's expansion plans.

Grassroots organizations have successfully fought Wal-Mart across the country, which has encouraged more opposition. “The slow-down-the-growth effort is moving across the country,” says Jesse McKnight, executive vice president of the Saint Consulting Group, a firm that specializes in zoning and land-use battles. “Once groups see the big bad retailer or developer can be defeated it adds fuel to the fire.”

The latest Saint Index Poll bore that out. It found 73 percent of Americans do not want any new retail, business or housing built in their neighborhood. To appease constituents, McKnight says, politicians have turned their backs on objectively evaluating development.

CBL & Associates Properties has retained the online search services of NearbyNow to direct shoppers to its 79 shopping centers. From the Internet or a mobile phone, shoppers can navigate the search engine to find brands, product or sales at all retailers located in its malls. NearbyNow allows retailers to target and drive customers into its stores up to 48 hours in advance. Shoppers can also reserve from over 800,000 products from specific brands or retailers before heading to the mall. The service also doubles as an advertising venue. NearbyNow previously has formed partnerships with General Growth Properties and Westfield Group.

“Italy at South Coast Plaza” is a month-long celebration during October featuring Italian food, art and fashion at the shopping center located in Costa Mesa, California. The exposition is supported by the Italian Trade Commission, and will partner with the center's department stores, boutiques and restaurants that sell products made in Italy in an attempt to create an authentic Italian experience. During the event, South Coast Plaza's Jewel Court will be transformed into an Italian piazza. The piazza will be the site for food and beverage tastings and product demonstrations. A movie produced for the event will be shown daily. It is free and open to the public.

Mall of America has renamed its indoor amusement park Nickelodeon Universe. The seven-acre theme park, which has been part of the center since its opening, will be named after the children's entertainment brand and is undergoing a redesign that is slated to be complete in March 2008. As part of the rebranding, the largest indoor park will incorporate a new logo, rides and healthy eating options for its patrons. Also, 32 kids ages 8 to 12 were chosen for the MOA/Nickelodeon Kids panel to assist with the theme park's design. Earlier this year the Mall of America and Nickelodeon announced the partnership to unite the largest shopping and entertainment destination with the leading entertainment brand for kids. Nickelodeon Recreation includes a wide range of business segments including hotel resorts, touring theater productions and theme parks.

The Federal Realty Investment Trust has received the 2007 Workplace Excellence Award for businesses throughout the Washington, D.C., metropolitan area. The award, sponsored by Montgomery County, Md., and corporate sponsors, is given by the Alliance for Workplace Excellence to recognize employers offering programs that enhance the workplace. Employers that are given the award have demonstrated a commitment to practices including supportive corporate culture and management practices, family and employee friendly policies and practices, strong employee health and wellness initiatives, comprehensive growth and learning opportunities, demonstration to corporate social responsibility and employee volunteerism. Federal Realty Investment Trust is located in Rockville, Md., and operates predominantly grocery-anchored shopping centers.