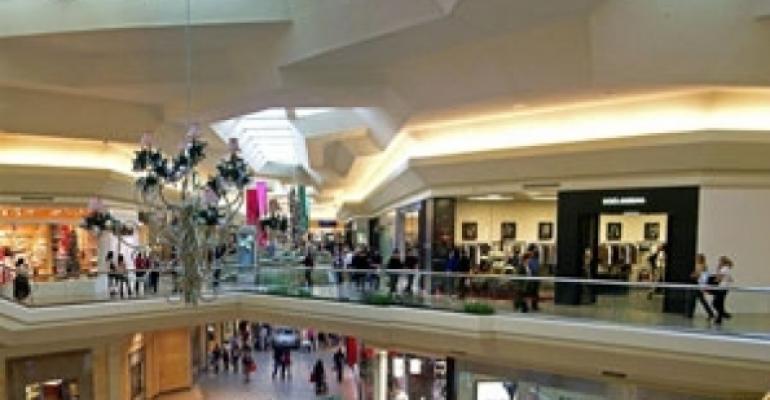 Retail property owners in the Northeast seem to have fared better in the eye of the storm than their counterparts in other commercial property sectors, with loss of power being the most serious problem reported by the companies interviewed for this article.

New Jersey’s Bergen County and Long Island, in particular, serve as homes to some of the largest and most productive malls in the country, including Westfield Garden State Plaza in Paramus, N.J.; Roosevelt Field in Garden City, N.Y. and Palisades Center in West Nyack, N.Y., among others. As of Wednesday, most of these properties were operational.

“We really escaped and dodged a big bullet here,” says Michael McAvinue, general manager at The Mall at Short Hills, a Taubman Centers-owned, 1.37-million-sq.-ft. center located in Millburn, N.J. “The damage could have been a lot worse.”

The most serious problems The Mall at Short Hills experienced included a few downed trees and minor roof damage at a Bloomingdale’s store. These had been fixed within days and The Mall reopened to customers on Nov. 1, according to McAvinue.

Since then, shopper traffic at the property has been quite robust as people have been coming to the Mall to recharge their smartphones and tablets, as well as to buy hot meals at sit-down restaurants, he notes.

Overall, Taubman’s portfolio escaped the storm with only some landscaping and signage problems.

A spokesman for Simon Property Group, the largest retail property owner in the country, estimates that though anywhere from 15 to 20 of its centers had been impacted by the storm the most serious issue has been power failure.

“The infrastructure, the properties themselves, came through pretty well, we were very lucky,” says the spokesman. “The damage was nonexistent or really minor.”

At the beginning of this week, only one Simon center in the storm-affected area—The Shops at Riverside in Hackensack, N.J.—remained closed, as a result of a power outage. The mall reopened on Wednesday morning.

The Westfield Group reports that nine of its malls had been impacted by the storm, including three in Connecticut and Maryland each, two in New York and one in New Jersey. As of Wednesday, all nine were open for business. The Garden State Plaza is also currently being used by the State of New Jersey to deliver water and dry ice to residents without power.

Daniel M. Taub, COO of DLC Management Corp., which operates anywhere from 4.5 million sq. ft. to 5 million sq. ft. of retail space in areas affected by Hurricane Sandy, said the biggest problem his company encountered was the loss of a 6,000-sq.-ft. portion of a roof at Mid Valley Mall, a 244,378-sq.-ft. center in Newburgh, N.Y.

Other than power failure, “that was the only damage we had as a result of Hurricane Sandy, which is ironic because it was fairly far from the epicenter of the storm,” says Taub. “It’s shockingly, a pleasant surprise. We got lucky.”

By now, all of the centers in DLC’s Northeast portfolio are back to business as usual.

Similarly, Levin Management Corp., a third-party retail property manager based in North Plainfield, N.J., witnessed only minor damage at its centers in New York, New Jersey and Pennsylvania. Even Bayshore Plaza, a 59,232-sq.-ft. power center Levin manages in Barnegat, N.J., Ocean County, came through relatively unscathed. The most serious problems the company has been dealing with include damaged roofs, fallen trees and displaced lights and signage.

“We were fortunate enough not to suffer any major infrastructure damage,” says Matthew K. Harding, president and COO of Levin.