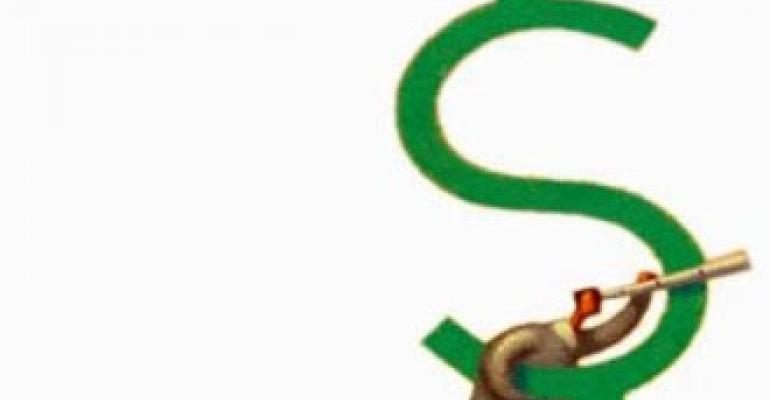 In today's troubled financial climate, it isn't easy to sell shopping centers. But some property owners—because conventional financing is scarce—have gotten creative and begun to finance sales themselves.

For example in April, Jim Glabman, owner of an empty retail building in Costa Mesa, Calif., offered a $5.5 million, seven-year mortgage to prospective sellers in an attempt to move a 40,000-square-foot, two-story property. That's not the ideal scenario for Glabman. In good times, he would lease the property and up and collect the rental stream, according to Philip Voorhees, senior vice president at CB Richard Ellis in Costa Mesa, who is trying to broker a deal for Glabman. But finding tenants—especially for a fully empty center—is extremely difficult.

But by offering a mortgage, Glabman may be able to replace that income stream. If he sold the property for cash, he could get as much as $7.5 million in a best-case scenario and then earn 2.0 percent to 2.5 percent interest by investing the proceeds of the sale in government or corporate securities, says Voorhees. "By carrying paper, he will earn 6.5 percent," he says.

Glabman's situation is typical of how seller financing is functioning in today's market. In most cases, the deals are on properties selling for $10 million or less. However, there are exceptions. In recent months, 47 percent of the total transactions are being financed through assumed debt and another 7 percent through seller financing, according to New York-based real estate research firm Real Capital Analytics. (See a chart published in mid-May on how the sources of acquisitions financing have evolved.) At the market's peak, just 10 percent of transactions were financed through assumed debt and less than 1 percent through seller financing. However, seller-financing is not completely transparent because not all deals are recorded, says Dan Fasulo, managing director at Real Capital. Moreover, many sellers don't have enough equity in their properties to be in a position to offer a mortgage, says Voorhees. This is one reason why—despite its rise—its overall use is limited.

Seller-financing may be done in a number of ways. If a seller can't finance a buyer directly, for example, they may be able to do a "loan wrap" or loan assumption. In this kind of deal, the seller retains its mortgage on a property with a bank and acts as a funnel—taking payments from the seller and passing them along. Of course, a seller can't just do this on their own, says Tim Neal, owner of Neal Realty & Investments in Ft. Lauderdale, Fla. They must get their lender to sign onto this arrangement.

This is because when a sale occurs, a borrower technically defaults on their loan. "Normally, the bank won't allow a borrower to keep the same loan, once the property is transferred," says Rob McCracken, senior vice president, American National Bank, a community bank in Oakland Park, Fla. What is more common is for the bank to give the buyer a new loan and, if there isn't enough equity, the seller will give the buyer a second mortgage. However, in the current climate, banks are being more flexible.

Duane Stiller, president of Woolbright Development, a retail property owner and developer based in Boca Raton, Fla., has come across deals in which the borrower sells their property, with permission from their lender, and the new owner makes payments on the old loan. In these cases there are often certain stipulations. For example, the lender may ask the new or former owner to pay down a portion of the principal. The loan might also be altered with a new interest rate or additional fees. Stiller recently had a transaction like this approved by a lender, but ultimately decided not to go through with the deal because he was unsatisfied with the sales price for the property.

In another deal, however, Stiller is currently negotiating a seller-financed deal on an outparcel at one of Woolbright's shopping centers in North Miami Beach, Fla. The plan is for the buyer to borrow $1.5 million to $2 million to build an 8,000-square-foot restaurant on the one-acre property. Woolbright will then carry second mortgage worth between a $2 million and $3 million on the land at a 6 percent interest rate. Normally, the buyer would have paid cash for the land, says Stiller.

Although most seller financing is done for small deals, there are exceptions, says Sam Alison, senior vice president for Capital Markets at CB Richard Ellis in Los Angeles. Alison is marketing two properties, both of which could be sold using seller financing. The first has an asking price of $30 million and the other has an asking price of $19 million. In both cases, the sellers are willing to finance provide mortgages at 50 percent loan-to-value ratios, but they might offer more for the right buyers, he says.

The $30 million property is in Inglewood, Calif. near the Los Angeles International Airport. The approximately six-month old, 101,000-square-foot center, which is 100 percent leased, is anchored by Burlington Coat Factory. The center's owners, whose name Alison declined to reveal, are merchant builders. The sellers can carry the note, because they built the center for cash, he says.

The second property is a 107,000-square-foot retail center in the San Fernando Valley area of Los Angeles. The roughly 10-year-old property, anchored by El Super, a Mexican supermarket chain, is 97 percent leased, says Alison. The owner, a publicly traded U.S. REIT which he declined to name, can finance a sale, because it doesn't have a mortgage on the property.

The second deal is a bit unusual because of the involvement of a REIT, which typically are not involved in seller financing. "REITs typically buy and hold their properties for up to 20 years and, in the normal course of business, they sell a small percentage of their assets at a time to raise capital for other investments, especially when stock prices are low," Alison says. Furthermore, REITs that are highly leveraged may not have the flexibility to provide seller financing, says Alison. In many cases, lenders require that 100 percent of the proceeds from asset sales be used to pay down existing debt. That leaves no maneuvering room.

At the same time that seller-financing is growing, another practice is gaining ground. Some well-heeled tenants are taking advantage of strong balance sheets to lend cash to landlords. This is predominantly happening with big-box retailers, says Los Angeles-based Scott Kaplan, senior managing director of retail services for the western region at CB Richard Ellis. Although not officially loans, in these transactions large tenants enters into a joint ventures with landlords. The landlord gets cash now and in exchange offers some sort of concession—such as lower rent—back to the tenant. Kaplan says the interest in these kinds of deals has picked up since January.

"We offered to lend Starbucks $400,000 this past January at a 13 percent interest rate," which was how the bond market was pricing their corporate bonds, but the company refused, says Stiller. He also offered to loan $200,000 for tenant improvements to a doctor who wants to build an urgent care center in Boynton Beach, Florida. The loan would carry a 10 percent interest rate. "In exchange, we will get a second mortgage on the tenant's house, instead of just a signature," he says. Normally, says Stiller, he wouldn't be doing this at all, but unfortunately, tenants cannot easily get financing from other sources today.

Rather than providing financing, landlords are more likely to grant increased tenant improvement dollars or longer periods of free rent as ways of aiding tenants.

But it varies by the type of property. In second-generation centers, which Neal specializes in, landlords are trying to give free rent rather than increasing tenant improvement allowances. "But we see a lot of tenants asking for more tenant improvement dollars today," he says. When Neal does grant requests for tenant improvement money, the qualification process is rigorous, he says. "We really check out the business plan thoroughly as well as the personal and business credit history of the borrower/lessee," says Neal.

Rent concessions are especially prevalent in the Sun Belt and the Northeast. In the Midwest, by contrast, there was less rent appreciation during the retail boom and less grounds for granting reductions or concessions.

"In South Florida, it is unusual for a landlord to give a tenant a loan outside the lease structure, but he may amortize contributions for tenant improvements in leases," says Neal. In cases like these, the landlord looks for a personal guarantee. A five-year guarantee means that the tenant is on the hook not just for the lease, but for the tenant improvements. Instead of $14 per square foot, for example, he may pay $16.50 per square foot for five years and typically, the rent might go down after that, says Neal.