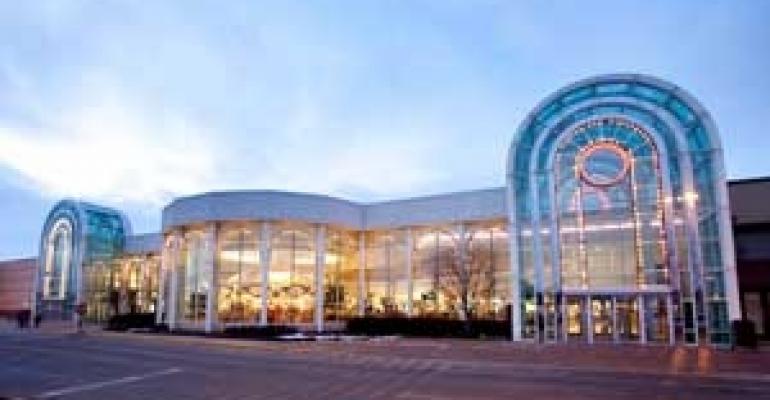 Focusing on such assets should allow the REIT to amass a sizeable portfolio quickly, given most REITs’ desire to dispose of non-core assets, says Cedrik Lachance, managing director with Green Street Advisors, a Newport Beach, Calif.-based independent research and consulting firm. But it carries a significant risk if the economy continues to grow at its current sluggish pace, he and other research analysts note.

“Maybe if I had to buy five REITs, Rouse would be on that list,” says Todd Sullivan, a Massachusetts-based investor and author of the Value Plays blog. “But if I had to buy only one, I would rather own GGP.”

Rouse bought Grand Traverse Mall out of receivership for $66 million. The asset used to belong to General Growth Properties (GGP) before the REIT returned it to the lender along with 10 other malls in May 2011. At the time, the CMBS loan on the property had a remaining balance of $82.2 million.

GGP completed Grand Traverse Mall in 1992. Today, it reportedly has an occupancy rate of 85 percent and tenant sales of about $300 per sq. ft. Tenants at the center include Macy’s, JC Penney, TJ Maxx and Target.

In spite of its lackluster fundamentals, the property could be a great buy because of its extremely wide trade area pull, says Lachance.

“It’s an ‘only game in town’ mall, a mall that has no competition within a very large radius—that kind of asset can actually have reasonable NOI stability over time because of a constrained competitive environment,” he says. “That much better competitive position makes a very big difference.”

It’s unlikely, however, that every mall Rouse acquires in the future will be an “only game in town” mall. What’s more, many of the assets already in its portfolio lack Grand Traverse’s competitive advantage. Before the addition of Grand Traverse, Rouse’s portfolio totaled 21 million sq. ft. and contained 30 malls. As of last June, it had an occupancy rate of 88 percent and average sales per sq. ft. of $279, far below the industry average of $417 per sq. ft.

Rouse executives are banking on the fact that they can improve fundamentals at their malls through experienced property management and, given that one of the REIT’s major stockholders is Brookfield Asset Management, they should have access to both vast resources and superior management expertise, says Jason Lail, a manager in the real estate group of SNL Financial, a Charlottesville, Va.-based research firm.

What’s more, Rouse plans to upgrade the malls, some of which have been neglected as GGP went through bankruptcy. In its registration filing with the Securities and Exchange Commission, the REIT’s management said it will spend approximately $230 million over the next three years on repositioning and renovation of its assets. Its goal is to achieve portfolio occupancy above 93 percent and annual NOI greater than $200 million by the end of 2015.

“That’s going to be an integral part of their portfolio success going forward,” says Lail.

Yet given that most economists expect only modest GDP growth over the next several years, focusing exclusively on class-B malls in today’s environment could prove to be a tough play, says Sullivan. Without a significant increase in consumer spending, it will be difficult for Rouse to raise sales or rental rates at its centers when most retailers would prefer to be at class-A malls.

“I just don’t think they are going to be a great performer,” Sullivan says. “If the economy improves faster than people think it might, they might outperform the general REIT sector. But I don’t think we’ll have 5 percent GDP growth any time soon, and that’s why I don’t think they will see a lot of demand for their malls. They have decent properties; it will just take them a while to get to the point where they are up and running.”

Rouse might also have to overcome another hurdle in the form of competition from Simon Property Group and GGP, adds Lachance. Those two REITs, which operate primarily class-A centers, have historically negotiated with retailers to open stores at their lesser quality properties in exchange for leases at their best malls. Since Rouse is much smaller than both Simon and GGP and since it has no class-A malls to use for leverage, it might have a tough time luring retailers away from its rivals, Lachance says.

As a result, the REIT will likely have to rely on local and regional players to fill its centers rather than national chains, and it might also have to convert some of its assets to non-retail uses.

“Rouse is targeting the segment of the mall industry that’s most at risk,” Lachance notes. The company “could consolidate a fairly significant portfolio over the next few years. Whether or not that’s the right strategy—only time will tell.”