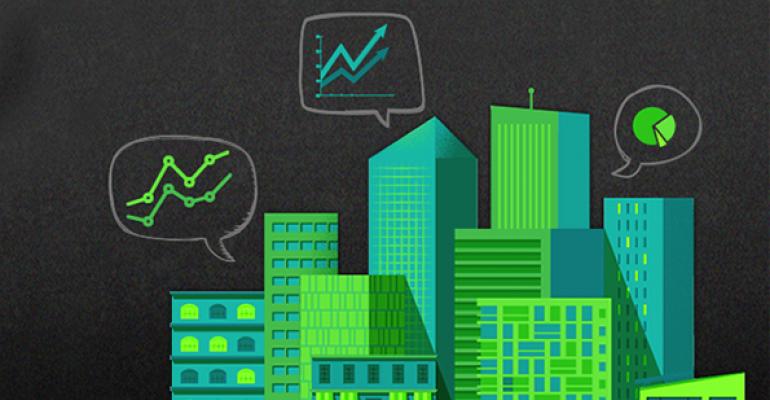 IREM and the Building Owners and Managers Association (BOMA) distributed the survey to their members and received 307 responses, which represented 1.7 percent of the total survey distribution. The survey found that most respondents use simple payback calculations to evaluate energy efficiency projects, usually basing decisions on recovering the investment in one to two years. The study revealed that this simple payback does not capture the full benefits of energy efficiency, like Net Present Value (NPV) analysis, which incorporates potential revenue increases from higher rental income.

The survey also found that building owners are more inclined to invest in energy-efficiency improvements if they can charge higher rents, particularly in split-incentive situations, where energy-cost savings accrue solely to tenants. Split incentives had posed a barrier to investing in improving energy efficiency, but this was overcome with the “green lease,” which requires tenants to participate in energy and water conservation programs.

Additionally, the survey noted that while the property manager is responsible for the building’s everyday energy management, the asset manager usually makes the final decision on whether to invest in improving energy performance. When third-party managers have authorization to make capital expenditures it is usually a small dollar amount of $25,000 or less. But that authority exists “almost not at all,” according to Brenna Walraven, founder/CEO of Corporate Sustainability Strategies Inc., which provides sustainability strategy development and execution plans.

CBRE’s Global Director of Corporate Responsibility David Pogue notes he is surprised IREM’s study focused on energy efficiency. “Energy efficiency was a singular topic a decade ago, when everyone began getting buildings Energy Star-certified,” he says. Pogue was less surprised by the low rate of survey respondents, which he suggested is an indication that people viewed the survey topic as old news.

When a 2009 study of 150 Energy Star buildings in 10 markets revealed that these buildings were commanding rent premiums of three to five percent and enjoyed high occupancy levels, landlords of class-A office buildings got on board, but those with lower quality assets did not necessarily. Today most of the office sector has broadly adapted green practices, though not every building is necessarily certified by a green-rating system, Pogue says.

The 2016 Green Building Adoption Index study by the CBRE Group Inc. and Maastricht University showed that the rate of growth in ‘green’ building has slowed, rising from 39.3 percent in 2014 to just 40.2 percent last year, but adoption of green building practices in the 30 largest U.S. cities continues to be significant.

“While the rate of growth in ‘green’ buildings has slowed modestly, our latest study underscores that in most major markets, sustainable office space has become the ‘new normal,’” Pogue notes. The study reported that 11.8 percent of U.S. office buildings, representing 40.2 percent of office space, have been certified by either the U.S. Green Energy Council’s Leadership in Energy and Environmental Design (LEED) or the U.S. Energy Department’s Energy Star program.

Pogue adds, however, that nearly 40 percent of high-profile office buildings in core urban markets are green-certified because they have to be green to compete. Those buildings tend to attract high-profile tenants, who demand a high-performance building environment.

LEED rates a building’s impact on the environment, but Pogue points out that the next level of certification, International WELL Building Institute, rates a building’s impact on occupants. The WELL Building Standard places health at the center of indoor design, incorporating healthy ideas based on seven concept categories: air, water, nourishment, light, fitness, comfort and mind.