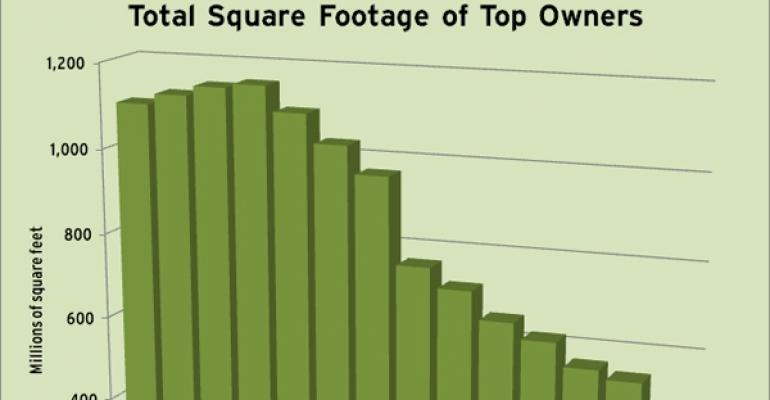 The top 10 owners of retail real estate owned a combined 1.100 billion square feet of space as of Dec. 31, 2010. It marked the third straight year in which the combined portfolio of the top 10 firms in Retail Traffic's rankings declined.

Despite the recent stagnation, the top 10 firms' combined portfolios is significantly larger than it was in the past. At the end of 1997, the top 10 firms in our rankings owned a combined 484.55 million square feet.

The firms in the top 10 have remained the same for the past three years. Prior to that, Regency Centers ranked in the top 10, but was passed by Weingarten Realty Investors at the end of 2008.