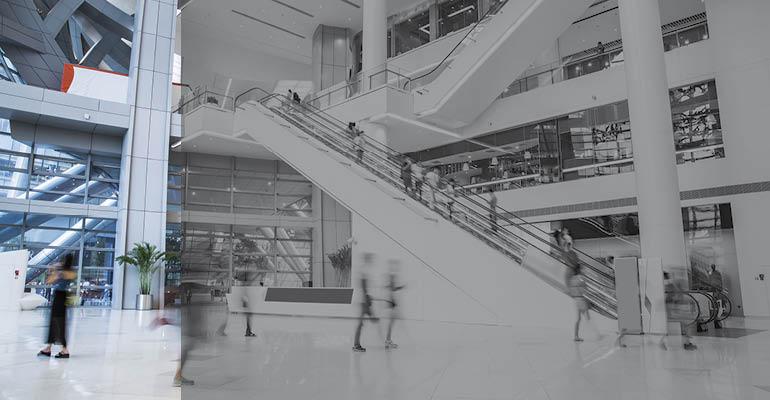 Challenges facing the sector have dimmed the outlook for retail real estate.

The relentless rise of online sales and mounting struggles of brick-and-mortar retailers are taking their toll on retail real estate.

The results from NREI’s third retail real estate survey reveal that retail operators, investors and developers show a marked turn compared from the previous two years. Sentiments on the outlook for cap rates, occupancies and retail rents all turned bearish. And respondents see retail as having the dimmest outlook of any of the major property sectors.

In response to an open-ended question about their biggest concerns for the retail sector in the next 12 to 24 months, Amazon in particular and online retail in general were frequently cited.

“Consumers can get most things online,” one respondent wrote. “Lenders will be tougher on retail going forward. It’s a bad time to develop retail. Existing big boxes will struggle. This Christmas may be the worst ever for big retailers and the best ever for web retail.”

That’s even without taking into account the proposed $13.7 billion acquisition of organic grocery retailer Whole Foods Market by Amazon.

Others pointed to issues with how leases are currently structured. Some tenants are locked into leases where rental bumps are outpacing sales growth, inducing closures. Another issue is centers saddled with struggling anchors with long-term leases.

As one respondent wrote, “The biggest concern arises from the friction of changing consumer demand/interests and properties that locked into long-term leases with anchor tenants who are in slow decline.”

Fung Global Retail & Technology Weekly Tracker found in its June 23 report that about 5,321 retail closings were announced up to that point for 2017. The figure represents a 218 percent increase from the previous year. The rate of shutterings had picked up substantially from just six weeks earlier, when store closings were at 3,396, up 97 percent from the year before.

One reader suggested a novel approach to dealing with troubled tenants.

“Leases for retail space should offer discounts for a 24-month lease as opposed to month-to-month,” the reader wrote. Landlords could “also offer commercial leases that include special provisions that the (tenant) can exit without penalties if the business is not meeting their profit margin. Be prepared to lose in the beginning and gain [in] the long run. With this economy it’s almost as if you are starting a new business from scratch. It’s a point of unpredictability.”

Those fears have injected a note of caution into the retail real estate market, with only one-in-five respondents saying it is a good time to buy retail properties. In all, 41 percent believe it is better to hold, while 37 percent think it is time to sell and 22 percent said it is better to buy.

Retail has also dropped to the bottom of the main property types when it comes to rating its attractiveness. On a scale of one to 10, with 10 being the most attractive, retail scored 5.6 in this year’s survey. That’s down from 6.5 in 2016 and 6.9 in 2015.

Retail tied for second among the five property types in 2015 and third in 2016, but dropped to fifth in this year’s survey. (Industrial, meanwhile, surged to the top spot at 7.6. It surpassed multifamily, which had taken the top spot in the previous two surveys.)