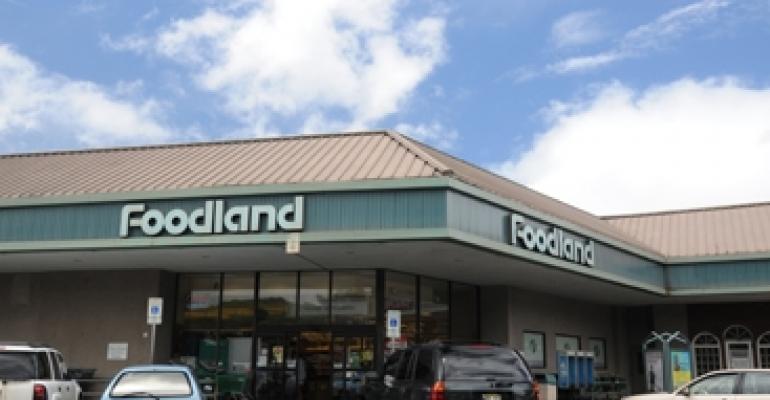 The firm’s all-cash offer was key to beating out nine other bidders for the community shopping center. The property sold in the first quarter at an 8.2% capitalization rate, the return in the first year based on the net operating income and purchase price.

“Three out of five buyers today have a similar story,” says Mark Bratton, vice president of investment property sales at Colliers Hawaii in Honolulu. “They’re telling us that in 2005 they couldn’t touch anything because the pricing was too high, and now they’re able to buy properties at substantially higher returns.”

Mililani Shopping Center represents a hefty sale in a market where property sales have been lackluster due to financing constraints and a limited supply of quality investment properties. In fact, it is the largest sale to close in Hawaii yet this year.

Nationally, commercial real estate transactions across all major property sectors reached $15.6 billion in the first quarter. Although that is an improvement over the $10.5 billion in sales recorded during the same period a year earlier, it is still just a fraction of the frothy $48.1 billion that occurred during the first quarter of 2008, according to New York-based Real Capital Analytics. The research firm tracks sales in excess of $5 million.

Mililani Shopping Center sits on 12.8 acres and is anchored by Foodland, Ross Dress For Less and 24-Hour Fitness. The center also is home to more than 50 smaller tenants that include Starbucks, Blockbuster, Jamba Juice, Bank of Hawaii and Jack in the Box among others.

“People are flocking to quality, and this asset has a real strong history of staying right where it was and producing the same kind of income for the past three years,” Bratton says.

Proven performer
Mililani Shopping Center is by no means a trophy property. The center was originally built about 30 years ago, and it is one of only three shopping centers in a trade area of 75,000 people.

Yet Bratton describes it is a Class-B community shopping center that “performs like a Class-A center.” The property posts some impressive numbers including an occupancy rate of 97%.

Only one of the center’s 59 tenants has asked for any kind of rent relief in the past three years. “That gives you an idea of how strong the property is and how high the demand is for the center in this community,” Bratton says.

During the first half of 2009, Colliers brokered six lease transactions at the center with rent increases that were as high as $60 per sq. ft. on an annual basis. “That is a pretty high rate, and you’re looking at the first half of 2009. That really shows some resiliency,” emphasizes Bratton.

Indeed, the average rent for non-anchor retail tenants in Honolulu is $33.90 per sq. ft., according to real estate research firm Reis based in New York.

Mililani is indicative of what many buyers are looking for in today’s market — properties that hold their value and deliver a predictable income stream. That demand is even more pronounced in Class-A office buildings where numerous bidders are chasing well-located buildings with good occupancies, Bratton notes.

“On Class-B office buildings, we’re barely able to bring people to the table, and they are demanding much higher rates of return,” he adds.

Low inventory stymies sales
Even though buyers are returning, sales activity has yet to gain traction in many markets. During the first four months of 2010, Hawaii recorded 30 property sales in excess of $1 million, compared with the 39 properties that sold during the same period in 2009, reports Colliers. In addition, only 11 of the 30 sales this year have been above $5 million.

“We’re expecting activity to pick up because we’re seeing more favorable lending and positive attitudes back in the market. But the actual number of sales is still low,” says Bratton of Colliers. He credits the decline in activity largely to the limited supply of quality for-sale properties.

Those Class-A properties that are being listed for sale are generating considerable interest. For example, Colliers Hawaii listed a 62,000 sq. ft. office building for a bank seller in mid-May.

The four-story, Class-A building is located in the Diamondhead market of eastern Honolulu with 90% occupancy and a replacement cost of about $27 million. Colliers sent out 40 to 50 confidentiality agreements to interested buyers within the first week.

“Most property owners have been able to hold onto their buildings,” Bratton says. “So there is definitely a lack of quality properties on the market.”