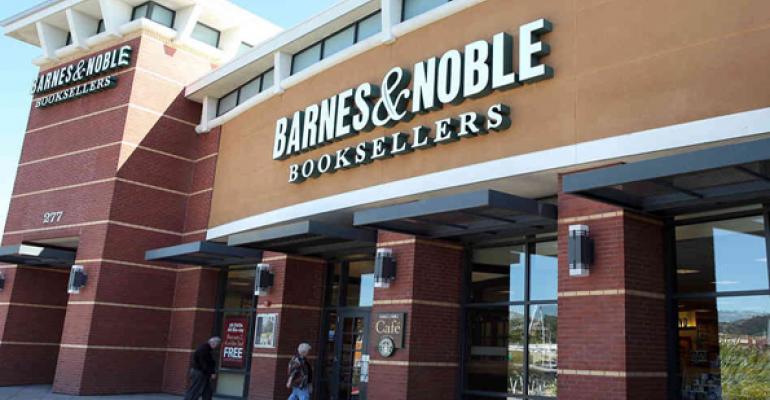 Barnes & Noble is learning to do more with less.

After lasting through four straight fiscal years of declining sales, from 2013 through 2016, the company is trying to correct its course. In August, the company ousted CEO Ronald Boire, a move that subsequently postponed the retirement of company founder and executive chairman Leonard Riggio.

During the company’s fiscal first quarter 2017 earnings call, Riggio minced no words in describing what the company is facing.

“The retail environment is not good at this moment,” he said. “It is one of the worst I’ve ever experienced in the 50 years I’ve been in this industry.”

Riggio also acknowledged what he said were critical missteps, including making unprecedented inventory reductions and cutting expenses in the area of retail floor personnel. He said the company is actively working to remedy those conditions, and outlined several strategic steps that Barnes & Noble will be taking to strengthen retail sales.

“We will continue to spend money wisely on initiatives which will build sales and the bottom line,” Riggio said. “We will be smart about what and where we spend, but we intend to grow this business.”

The company is making a number of operational changes. When it comes to real estate expansion, the retailer spun off Barnes & Noble Education in August, the line of business that serves students and faculty members across 770 campus stores across the country.

A new school of thought for success

At the end of fiscal year 2015, the last period for which complete information is available, there were 724 Barnes & Noble College stores, up from 636 stores in 2011.

Barnes & Noble has not yet reported results for the full fiscal 2016, so it is unclear whether the company is continuing its recent trend of closing retail stores.

Recent cap rates on Barnes & Noble properties for sale, however, suggest that buyers are concerned about the company’s real estate momentum. The Mansour Group, a retail real estate brokerage practice, manages Barnes & Noble transactions, among other retailers. A recent listing for a $7.4 million property in Cary, N.C., had a proposed cap rate of 7.25 percent, according to the group’s website. That is much higher than the national asking cap rate of 6.18 percent for retail properties overall in the second quarter, according to The Boulder Group, a brokerage firm that specializes in single-tenant net lease assets.

However, Alvin and Kevin Mansour, managing partners of The Mansour Group, note that the lower cap rates are typically for properties with newer 10-to 15-year leases. Some buyers have lingering concerns about the influence of e-commerce and Amazon.com.

The Mansours are certain about one thing—that Barnes & Noble stores are located in prime sites, and the retailer uses the locations to their full advantage. Today, in addition to a wide book selection, Barnes & Noble stores feature dedicated cafés, NOOK areas and departments for toys, games, DVDs and music, among other things. The company is also trying to give the stores a more local feel, and make them community destinations.

For instance, the company launched a NOOK service that will allow self-published authors to sell their works in print, and become eligible to host in-store signings, Allen Lindstrom, Barnes & Nobles’ chief financial officer said during the 1Q 2017 earnings call.

Meanwhile, Barnes & Nobles still has a valuable card left to play, in the form of its prime store locations – on and off campus. 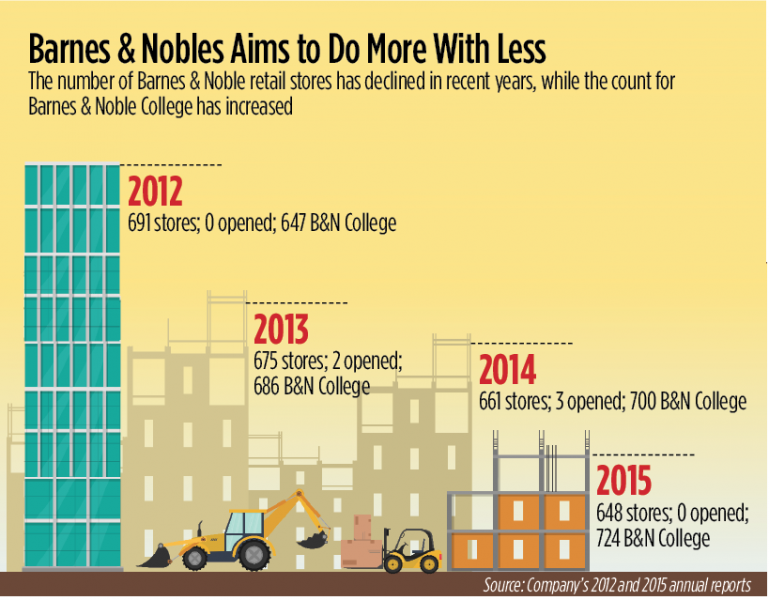