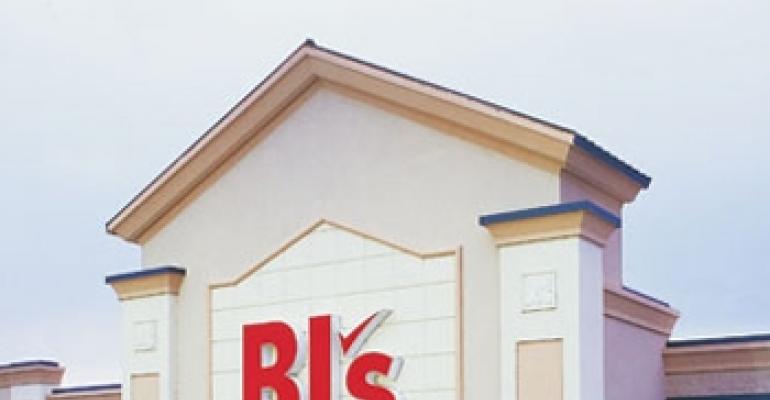 If the acquisition of BJ’s Wholesale Club’s by two private equity firms works out as planned, the discount chain will be a much bigger player in a market currently dominated by Costco and Sam’s Club. The challenge, will be achieving that growth in the face of that tough competition.

Last week, private equity firms Leonard Green & Partners and CVC Capital Partners, entered into a definitive agreement to purchase BJ’s for $2.8 billion, or $51.25 per share plus about $1.5 billion in debt. The transaction comes after a lengthy negotiation process, which officially began in February, when BJ’s announced it was putting itself on the block. Even before then, however, rumors had swirled for months that BJ’s was looking for a buyer.

The sale is taking place with BJ’s in good financial and operational health. So it’s not a distressed sale and a last ditch effort to turn around an ailing brand. What’s more, Leonard Green is a company that has a track record in buying retailers, including J.Crew, Neiman Marcus, The Container Store and Petco, and a reputation for helping them expand, according to Mark Keschl, national director of the retail services group with Colliers International, rather than dismantling them piece by piece the way some other private equity firms do.

“They like to be a little bit hands-off and certainly the retailers they have acquired like them,” Keschl notes.

In fact, BJ’s reason for reaching a deal may be a belief that Leonard Green will help it reach its growth targets, says George Whalin, of Retail Management Consultants, a Carlsbad, Calif.-based retail consulting firm. BJ’s has a strong foothold in the Northeast and Mid-Atlantic, but its 190-store portfolio is less than half the size of Costco’s 425-store fleet and less than one-third the size of Sam’s Club’s collection of 609 locations.

“The warehouse business requires a lot of stores because you run on narrow margins and need to make it up in volume,” says Whalin. “I guess BJ’s is looking at Leonard Green to help them accomplish that.”

BJ’s prefers to own some of its stores directly, in addition to signing ground leases, and a major expansion might be too costly for it to handle on its own, according to Keschl. The chain’s stores range from 73,000 square feet in smaller markets and areas where real estate is scarce to 114,000 square feet in larger markets. With the full-line clubs, opening costs, including land acquisition and construction, can run upwards of $20 million.

In the past, BJ’s attempts to enter new areas of the country were stymied by the fact that it could only afford to open one or two stores at a time, according to Harry A. Ikenson, retail analyst/consultant to The Greenberg Group, a Hewlett, N.Y.-based retail real estate advisory firm. With financial backing from private equity owners, it could conceivably break into markets with multiple openings simultaneously, creating economies of scale and building brand recognition.

“It’s almost standard practice for retailers to try to open up a cluster of stores,” Ikenson notes. “In many cases, BJ’s was just not able to do that before.”

Even with the capital infusion from Leonard Green, however, becoming a true national player will be challenging for BJ’s because of Costco’s current domination of the warehouse sector and because of both Costco’s and Sam’s Club negotiating power with suppliers. In order to hold its own in new markets, BJ’s will have to differentiate itself, according to Whalin and other retail consultants—a risky proposition for a traditionally cautious player.

BJ’s initially lost the opportunity to catch up to Sam’s Club and Costco in the mid-2000s, as it experienced a period of double-digit profit declines several quarters in a row. To fix BJ’s ailing business CEO Herb Zarkin slowed down the firm’s pace of expansion. Meanwhile, Costco continued to gain market share through the Great Recession, as consumers found its focus on value all the more attractive.

BJ’s completed its turnaround in 2010, but in the process it lost ground as Sam’s Club and Costco beefed up their portfolios, notes Howard Davidowitz, chairman of Davidowitz & Associates Inc., a New York City-based retail consulting and investment banking firm. “BJ’s spent years fixing itself and didn’t have time for growth. Costco was never broken and it never stopped growing,” says Davidowitz.

Nevertheless, in recent months, BJ’s performance has been strong. Year-to-date in 2011 BJ’s has reported a 6.7 percent increase in same-store sales. Costco, meanwhile, has reported an 11.5 percent gain during the same period. Same-store sales at Sam’s Club, which does not report monthly figures, rose 4.4 percent, excluding fuel, in the first quarter.

In addition, BJ’s net sales in the first quarter rose 10 percent to $2.77 billion. What’s more, over the past several years BJ’s has increasingly focused on selling food and perishables, creating a reason for consumers to increase the number of trips they make to its clubs, according to Ken Perkins, founder of Retail Metrics Inc., a Swampscott, Mass.-based retail research firm.

In the first quarter, food accounted for 68 percent of the chain’s merchandise sales.

“We view BJ’s Wholesale Club as an increasingly more relevant retail concept for consumers, in light of economic woes,” wrote analysts with Chicago-based research firm Morningstar in a Jun. 29 note. “New members drawn to BJ’s by rock-bottom prices for food may be more reluctant to return to the traditional grocery store channel, even as economic conditions continue to stabilize,” they added.

BJ’s has also maintained financial discipline, with $207 million in cash and no long-term debt on its books prior to the deal with Leonard Green and CVC.

“BJ’s has been very well managed,” says Davidowitz. “They have a strong position in certain markets [including New York and New England, as well as Mid-Atlantic and Southeastern states]. But they have to get growth and I think that means growth out of their markets.”

As of January, BJ’s planned to open up to eight new clubs in 2011—all of them in markets where it already has a presence.

While it remains to be seen whether the U.S. retail landscape can support three major warehouse club operators, BJ’s can attempt to tackle Sam’s Club and Costco with a two-pronged approach.

First, it can try to grow in secondary and tertiary markets, where Costco still has limited penetration, rather than setting its sights on primary locations, according to John Bemis, executive vice president of leasing and development with Jones Lang LaSalle Retail, a third party property management firm.

“If they start looking at alternate, middle markets, they could have a lot of success in that area,” he notes. “Especially in a smaller market, there probably isn’t room for three players. They’ll have to penetrate markets where only one of the players is currently operating.”

Second, BJ’s should attempt to find a unique niche within the warehouse sector—by, for example, catering more to small business customers with an expanded selection of furniture and office supplies, notes Davidowitz. Right now, BJ’s main focus remains on individual consumers, which is a limited point of differentiation, according to Morningstar analysts.

The challenge is that both of these approaches will require the company to take high-stakes risks—at a time when it’s becoming more leveraged.

“BJ’s, because of its size, has had to be careful on capital allocation,” Davidowitz says. “And now it’s taking on all this debt, so they have to be even more careful. This is not going to be easy.”