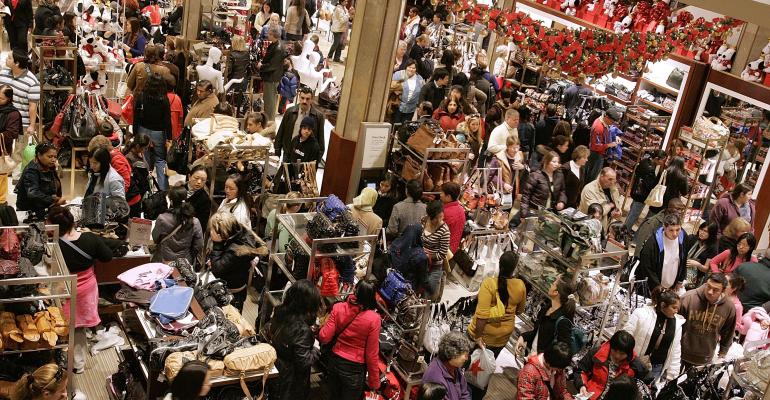 Buoyed by Millennials and Omnichannel, Holiday Sales Off to Strong Start

For its part, the NRF expects retail sales to be up 3.6 percent to 4.0 percent for the holiday season.

Without any worrisome developments like a financial sector meltdown or a presidential election upset, and encouraged by a strong economy, American consumers turned out in strong numbers to brick and mortar and online shopping channels alike, giving retailers an encouraging start to the 2017 holiday shopping season.

From Thanksgiving Day through Cyber Monday, more than 174 million Americans turned up to shop in person and online, according to data from the National Retail Federation (NRF). On average, consumers spent $335.47 per person and they spent a majority of those dollars, about 75 percent, on gifts for others.

“The weekend looked and felt great,” said Matthew Shay, president and CEO of the National Retail Federation during a press call to review the results of the survey. “The fundamentals of the economy are very strong—and remain strong—that sustained the economy throughout the year.”

One development in particular gave NRF executives reason for optimism: Not only did Americans aged 25 to 34 years old spent the most over the five-day period, about $492.52, but 50 percent of them shopped in department stores, both in-store and online. Also, about 63.1 percent of the increasingly desirable Millennial demographic also spent money in the clothing category.

“That will make certain merchants happy as we go into the second half of the holiday season,” Shay said. The NRF polled about 3,242 consumers about their Thanksgiving weekend and Cyber Monday plans.

The NRF was not the only organization to observe strong shopping patterns from Millennials. Cushman & Wakefield also predicted a strong performance from the same group on November 16, during its “Holiday Shopping Showdown: Is It a Tale of Bricks vs. Clicks?” Webcast.

“The oldest ones hit the job market right before the Great Recession, in 2009,” Garrick Brown, Cushman & Wakefield’s vice president and head of retail research of the Americas said during the presentation. “They are the most educated. Will that frugality wear off when it comes to buying stuff?”

For its part, the NRF expects retail sales to be up 3.6 percent to 4.0 percent for the holiday season, according to Mark Matthews, NRF’s vice president of research development and industry analysis.

Just as consumers are smoothly integrating their online purchasing with and brick and mortar shopping practices, instead of choosing one over the other, retail experts are moving away from pitting the performance of online channels versus brick and mortar.

About 65 million Americans shopped through both online and in-store channels. That segment of consumers spent about 17 percent more money on average during the weekend, or $49, Shay said. Multi-channel shoppers spent an average of about $82, or 32 percent more, on average over the weekend than online-only shoppers. Retailers had made mobile e-commerce a top business priority for 2017, Shay said. Those investments paid off as almost 64 percent of mobile phone users used the devices to make purchasing decisions, and about 29 percent actually completed purchases from their phones.

Even though a significant portion of consumers took advantage of technology to spend money this weekend, those who spent exclusively online doled out less money than those who spend in-store or across channels, he said.