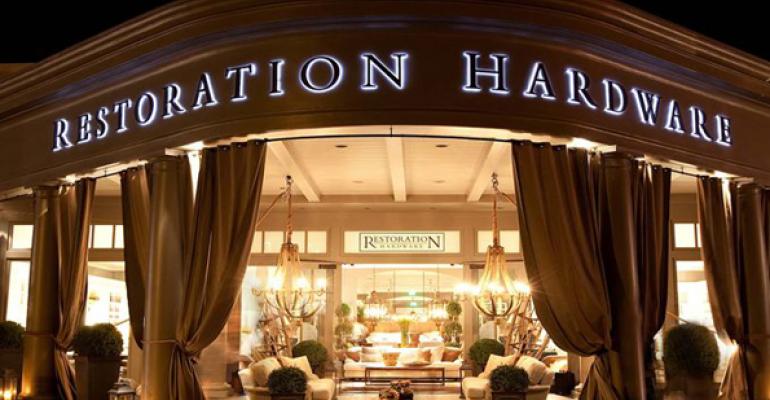 Can West Elm and Restoration Hardware Succeed Outside the Retail Business?

West Elm has the kind of performance numbers many retailers only dream about these days. At the end of the second quarter, the brand, which is part of San Francisco-based Williams-Sonoma, had achieved revenue growth of 15.8 percent. That was slightly better than the 15.7 percent in revenue growth that it posted in the second quarter of 2015, making it Williams-Sonoma’s best-performing brand by far.

Now West Elm has set its sights on a new goal, as a hotel operator. The retailer has struck a deal with DDK, a hospitality development and management company, and is laying plans to open five hotels by late 2018, according to a statement from the company.

This is the second time that West Elm has extended its brand beyond selling home furnishings and home goods directly to consumers. It successfully entered the commercial furnishing market with West Elm Workspace in 2014, partnering with Inscape Corporation, an office furniture designer and manufacturer based in Ontario, Canada.

West Elm is trying to meet its customers wherever they are, first by extending its brand into offices, and now by greeting them when they travel. And the company is not alone. Restoration Hardware Holdings, the Corte Madera, Calif.-based retailer known for its luxury lifestyle furnishings and design galleries in various cities, is supposedly exploring a hotel brand launch, too.

The question for West Elm is whether customers will choose West Elm amid the myriad hotel brands that already populate a highly competitive hospitality market. How far outside of their core businesses can retail companies expand before they become overextended?

“It is a nice brand and people know it,” says Jan Kniffen, CEO of J Roger Kniffen WWE, a New York City-based firm that consults with institutional retail investors. “I’m not sure what West Elm brings to that party, even if they’d be in the licensing business. Will you be driven to go there because you’ve bought their products?”

The answer to that question will have to wait until 2018, after West Elm HOTELS completes its launch.

Is there any room for the ‘innkeepers’?

When West Elm HOTELS opens its hotels in Detroit, Minneapolis, Savannah, Ga. and Charlotte, N.C., it will enter a tough, competitive market. West Elm HOTEL’s so-called innkeepers, the retailer’s term for local hotel managers, have a tall order before them.

The near-term forecast might be good for the hotel industry, but by the time West Elm’s rooms come onto the market, the environment could be a lot less open to newcomers, according to Kniffen.

Airbnb, the San Francisco-based online marketplace that matches cost-conscious travelers with homeowners willing to let out properties for lodging, is already putting pressure on traditional hotel brands. Airbnb has already served 60 million guests, according to its website. HVS Consulting Evaluation, a research firm specializing in the hospitality sector, estimates that $450 million in revenues is lost every year to Airbnb, and about 5 million room nights will be booked through Airbnb by 2018, according to Hospitalitynet.org.

These are high barriers to entry facing West Elm, and RH, which has used its brand to launch several businesses related to furniture design. Outside of selling luxury home furnishings, RH offers designer source books and curates art galleries. The company has also developed a series of large-scale design galleries in iconic architectural buildings in cities around the country, including the Three Arts Building in Chicago.

“The RH Galleries are unbelievably fabulous places,” Kniffen says. “But they might never make a good return on investment on those palaces. Having them work out is a very difficult proposition.”

The Chicago Tribune reported last year that RH was planning to develop the company’s first guesthouse, a 12-room hotel in New York City. Company officials did not confirm plans to create a hotel venture, however. In August, RH completed the first RH Residence at Eight Palms, an estate in St. Helena, Calif., igniting talk of the company venturing into the high-end housing market.

Not all retail industry observers welcome that idea.

“It is very difficult to feel good about anybody, retailer or not, stepping out and succeeding in a highly competitive business—especially in the West Elm case,” Kniffen says. “That doesn’t mean it can’t work. It’s just that the world is not getting easier to compete in.”