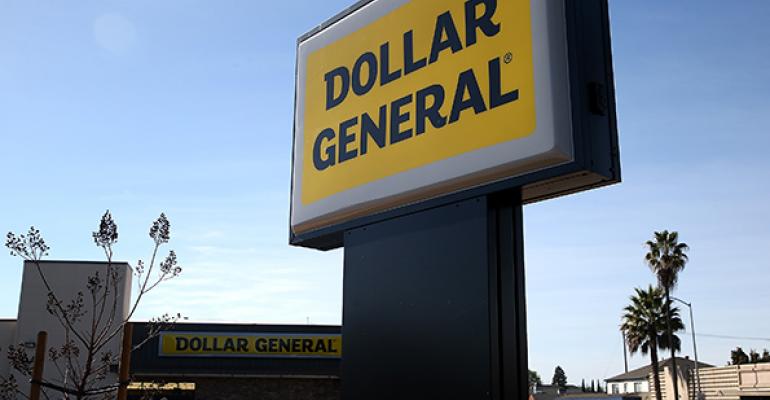 In recent quarterly earnings periods, full-price retailers such as department stores and specialty retailers have been the companies to report weaker sales, revised annual guidance figures and planned store closures. Their reports underscored the challenges facing the retail sector impacted by an omni-channel revenue model.

Discounters like Dollar General and Target stood out as the exceptions to the discouraging news. They consistently achieved stronger sales and had much more aggressive store expansion plans.

Those results are hardly signs of impending doom, but they indicate that operators in the discount sector will need to rethink parts of their business, including store expansion plans. Cap rates on single-tenant net leases, particularly in the dollar store sector, stood at 6.65 percent in the second quarter of 2016, an increase of 15 basis points over the second quarter of 2015.

After finding that retail net lease cap rates had remained at 6.18 percent in the second quarter, a historically low level, The Boulder Group, a Northbrook, Ill.-based firm that focuses on the net lease sector, took a closer look at net lease cap rates for dollar stores, specifically Dollar General, Family Dollar and Dollar Tree. The research also served as an indicator of net lease cap rates in the broader discount space, with operators including Big Lots, BJs Wholesale Club and Ross Stores. Current cap rates on dollar store properties were 6.65 percent, a 47 basis point discount when compared with the retail market overall.

When examined by region, dollar store median asking cap rates were lowest out west for all three operators. California skews the results for that region. The state has the lowest cap rates in the U.S., and is the locus of three of the top 20 MSAs in the country. Also, land constraints and a tough development environment limit supply, says Randy Blankstein, president of The Boulder Group.

On a cumulative basis, the dollar stores’ expansion plans have created a market with consistent supply of new construction assets in the second quarter of 2016. The abundant supply resulted in an increase in cap rates for the dollar store sector over the same period a year before, according to the Boulder Group’s “Dollar Store Report.”

“A lot of people got too ahead of themselves as far as viewing the growth potential in the dollar store space and the discount space in general,” Blankstein says. “The reality is that the economy is still in the low-growth mode. While the market is doing well for them in general, it is not across the board.”

Dollar General executives noted that an increase in average transaction amounts offset a decline in foot traffic. That helped the company’s sales inch up 0.7 percent. Still, the retailer acknowledged some macroeconomic forces impacting its sales, including retail food deflation.

The weaker sales suggest that the discount segment is running out of room for major expansion in the future.

“If there is another quarter like this quarter, I think that is the start of a trend,” Blankstein said. “This is the turning point.”

The decline in traffic could eventually attract closer scrutiny from landlords and net lease investors. But that doesn’t necessarily mean the discount segment is heading into a decline, according to Blankstein. Operators such as Wal-Mart Stores have been experimenting with smaller formats through its Neighborhood Market concept, as the segment continues to try to find the right footprint and store count to serve core customers and stay in business.

In this challenging environment, full-price retailers are grappling with weaker sales, bankruptcies, liquidations and store closures as the industry overall continues to adjust to an omni-channel revenue model. The question for discount retailers is a serious one, but hints at a transition process that could be less dramatic.

“Ross, Aldi and Burlington Coat Factory, all of these tenants are for the most part doing well,” Blankstein said. “The question is, ‘How big does the expansion have to be?’”