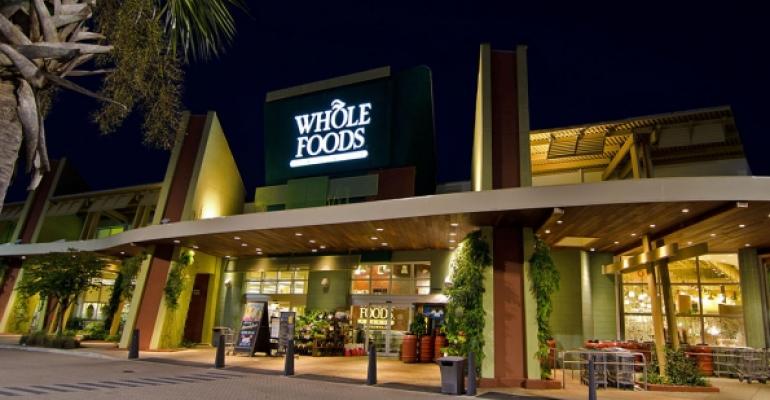 Whole Foods continues to be considered a prime tenant, even with the potential transitional period it may go through while revamping operations.

An expensive operating model and loss of dominance in the organic food market are major issues grocery chain Whole Foods is facing as it tries to turn around from a year of floundering sales. Yet, despite the “noise” surrounding activist investor JANA Partners’ additional stock purchase in early April, Whole Foods is still viewed as a desirable tenant by shopping center landlords.

JANA Partners is now Whole Foods’s second largest stockholder, holding nearly 9 percent of total stock. With Jana involved, analysts have said the likelihood the company will be put up for sale increases. Another option is that Whole Foods could exit markets where it doesn’t have a lot of scale, such as the U.K. Although JANA’s move was hailed by some analysts, Whole Foods faces operating and competitive hurdles and remains in the early stages of implementing a strategy to regain lost market share.

“When an activist investor gets involved, I am concerned it can create unnecessary short-term hurdles. And it will be a lot noisier with JANA Partners coming in. I think they are going to try to demand a lot of change. It forces management to overreact,” says Jeff Edison, founder of Phillips Edison, an operator of grocery-anchored shopping centers.

Competition from other chains and historically high levels of deflation on food prices are contributing to Whole Foods’s slowed performance, according to Neil Stern, senior partner at real estate consulting firm McMillan Doolittle. But the nature of its consumer base and operating model are also dragging down revenue growth.

“The biggest issue the brand is facing now is that consumers no longer have to go to Whole Foods for organics,” says Stern. “The markets don’t believe Whole Foods is adjusting rapidly enough to how the grocery sector is changing.”

It’s a tough time to be in the grocery business. The deflationary environment in the sector, the number of both new entrants in the business and new online grocery delivery service are among the reasons competition is fierce, according to Edison.

Credit Suisse analysts wrote in an April 10 note that Whole Foods is “not a well-run, modern day retailer at the moment. It's still somewhat decentralized, it has lacked adequate systems (now just being addressed), the company doesn't have adequate customer data, its category management/pricing strategy is weak, the cost structure looks high, and it's still opening stores against diminishing returns. Our biggest criticism is that management has not moved fast enough to reposition the company.”

In February, Whole Foods announced it would close nine stores. These may be older stores, which were acquired in 2007 when Whole Foods purchased rival grocer Wild Oats, according to Stern. Long-term lease obligations make it tough to close newly built stores, he notes.

Whole Foods’ expensive operating model is eating into profits, according to sources. “These are very expensive stores to build—high rents, high CAPEX, a lot of labor. So when Whole Foods slows down, they feel it the most quickly. Because the model itself is a very high-cost model, it’s not so easy to say that they will cut costs by 20 percent,” Stern says.

Nevertheless, Whole Foods as a tenant remains in the good graces of shopping center operators, according to industry insiders. Sales per sq. ft. are “still best in the industry,” at nearly $1,000, according to Stern. Compare that to Kroger, at $570 per sq. ft.

“There’s no major shift against Whole Foods in grocery-anchored business. They continue to be one of the premier anchors in the space. They have a high-end customer and active customer base. It is seen as a strong investment and we expect that to continue,” Edison says.

Of all the chain grocers, Whole Foods is by far the most productive, he says, adding that only Trader Joe’s could compete on productivity. He estimates Whole Foods does approximately $800 in sales per sq. ft.

Whole Foods continues to be considered a prime tenant, even with the potential transitional period it may go through while revamping operations, says Edward Mui, equity analyst, REITs and real estate, for Morningstar Research Services.

A source at shopping center REIT Kimco Realty, who spoke on condition of anonymity, agreed with that assessment.

It does not seem to be cutting back on its 365 concept, however. With smaller footprints of about 30,000 sq. ft., 365 by Whole Foods stores sell goods at cheaper prices. They emphasize speed of purchase, a more efficient layout and self-service check-out. The stores are meant to target Millennial shoppers who have less disposable income than the typical Whole Foods customer.

Yet the concept may not be doing as well as originally hoped. That’s according to conversations Don MacLellan, senior managing partner, and Pat Toomey, senior managing director with real estate investment and advisory firm Faris Lee Investments, have had with shopping center developers. The original Whole Foods concept, on the other hand, “is still very desirable and still considered a strong grocery operator. We have seen interest from both pension funds and high-net-worth investors in grocery-anchored shopping centers with a Whole Foods.”

“The jury is still out on whether this concept is going to be their savior,” says Stern. “Frankly, Whole Foods can’t build enough 365 stores to change the issues they are facing. Whole Foods has to fix its already-existing model.”

A sale to a competitor or to a private equity firm is possible, according to Stern.

Kroger, Albertsons and even Amazon have been reportedly put on the list of potential bidders by Jana Partners. Whole Foods’ model of leasing rather than owning a majority of its stores, however, makes “less of a traditional lever for private equity to come in as an investor,” Stern notes.

As of November 2, 2016, Whole Foods operated 464 stores (including the 365 brand), totaling 18.2 million sq. ft., but the grocer owns just 18 of its retail units, three distribution facilities and four properties leased to third parties, including a parking facility, according to the company’s most recent annual report.

The company leases the rest of its stores, distribution centers, bakehouses and administrative facilities and has options to renew the majority of its leases in five-year increments. It has 15 leased properties related to the Wild Oats acquisition, where it is “actively negotiating to sublease or terminate leases related to these locations,” the report notes.

Institutional investors are increasing their stakes in the brand, The Cerbat Gem reported this week. It noted that as of April 14, institutional investors and hedge funds owned 85.46 percent of Whole Foods stock. Since the third quarter of 2016, SRB Corp. increased its holdings by 12.3 percent; Seven Bridges increased its position by 55.4 percent; Synovus Financial Corp bought 41 percent more stock.

In a January BMO Capital survey on Whole Foods, analyst Kelly Bania found that about 24 percent of customers said Whole Foods’ organic products were “definitely” higher quality than organic food at other grocery stores, while 22 percent said the products were “not at all” better. Following JANA’s latest investment in Whole Foods, Street Insider reported that BMO increased its price target for Whole Foods stock to $28 from $23, but maintained an underperform rating on the company, meaning “deeper investment” is needed to return the chain to glory.