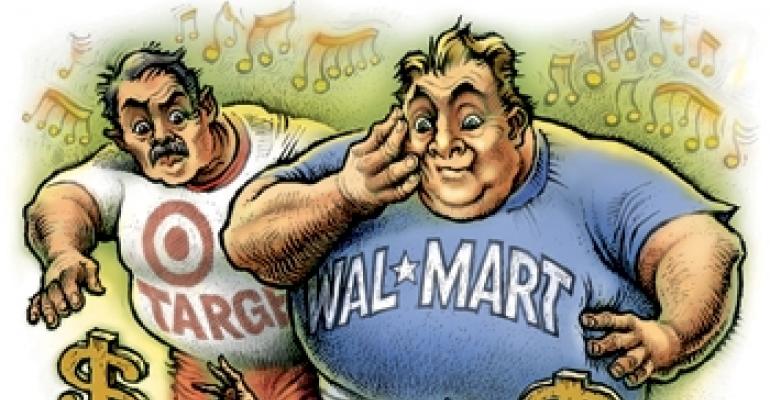 A $7.6 billion buyout offer for Family Dollar Stores Inc. is just the latest sign that this once-maligned corner of the retail world continues to gain respectability.

Dollar store sales have outperformed many other retail segments in recent years and the major players in the space continue to expand at a brisk pace. Moreover, some dollar store chains are expanding grocery offerings and experimenting with grocery-only concepts, which will make them even greater competitors with traditional supermarkets.

Last week, Matthews, N.C.-based Family Dollar, which operates more than 6,800 locations, confirmed that it received an acquisition proposal from the Trian Group, a New York City-based hedge fund. The bid values Family Dollar’s shares at between $55 and $60 apiece for a combined total of approximately $7.6 billion. Before news of the offer emerged, the company’s shares were trading in the mid-$40s range. The stock opened trading Wednesday morning at just more than $51 per share.

Trian’s offer follows in the steps of the successful deal Kohlberg Kravis Roberts (KKR) made with Dollar General. After paying $7.3 billion for the retailer in 2007, KKR embarked on a massive expansion and eventually took the chain back to the public markets in November 2009, reportedly tripling the value of its investment. It has been hailed as perhaps the most successful private equity buyout of a retailer in the past decade.

“He’s paying so much money the only way he could generate the kinds of earnings he needs is by growth,” Davidowitz says of the Trian Group’s CEO Nelson Peltz. “He’s not buying hard assets that he could sell; what he’s got is a cash machine and the only way it could be successful is to accelerate growth.”

Family Dollar has already been expanding at a brisk pace. In its fiscal 2011, the retailer plans to open 300 new stores, an increase of 50 percent compared to fiscal 2010. The chain has also been investing more money and devoting more space to groceries, a strategy that has been helping dollar stores steal market share from Walmart, according to Spence Mehl, senior vice president with RCS Real Estate Advisors, a New York City-based retail real estate consulting firm

Family Dollar started increasing its food offerings back in 2006. By the first quarter of fiscal 2011, consumables made up 67.9 percent of its sales. The chain plans to continue growing its grocery division in the coming year.

“The expansion of consumables is a theme now that we have been working on for several years, and I think you will see that continue as we go into the back half of the year,” said Jim Kelly, Family Dollar president and CEO, during an earnings call with analysts on Jan. 5. “We’re not ready to provide the exact details, but I think the cadence of that expansion of our assortment to support those key strategic areas will continue and that will provide us with further sales momentum.”

Family Dollar projects that its same-store sales growth in fiscal 2011 will reach between 5 percent and 7 percent.

Goodlettsville, Tenn.-based Dollar General also has experimented off and on for years with its own grocery concept called Dollar General Market. In December, signs were that the chain was preparing to grow the concept once more.

Limiting their apparel merchandise and concentrating on greater food selection instead is “the single smartest thing dollar stores could have done,” according to Davidowitz. The expansion into groceries allows customers to make the stores an all-in-one convenience destination instead of forcing them to spend their food dollars at nearby retailers.

In fact, dollar stores look set to dominate the retail real estate landscape for some time. In the past, these chains operated primarily in secondary and tertiary markets. From 2008 to 2010, as the recession raged on, they were able to move into locations in primary markets by backfilling vacancies left by other retailers, says Mehl. Today, as vacancies subside and rents begin to stabilize, their expansion potential might be diminishing, but the industry will likely still see considerable growth from the dollar stores.

“There is a lot of growth potential because we are moving in the right direction, but we are far from out of the woods,” Mehl says. “Unemployment is high and the housing market is still going down. Those two pieces alone will create a big play for the super value retailers. Dollar stores are doing just fine. The strategy of what they’ve done over the last couple of years has been the right strategy for them. They just have to be disciplined and not get too aggressive with the rents that they pay.”

Family Dollar, Dollar Tree and Dollar General all rank in the top 10 of RBC Capital Markets’ list of the fastest growing retailers. It estimates the three combined will open 2,400 stores in the next 24 months.

Dollar Tree has not yet released its results for full year 2010, but during the third quarter, the most recent period for which data is available, the company opened a net of 84 stores. The openings increased its total square footage by 6.6 percent, to 34.4 million. As of October, Dollar Tree operated 4,009 stores in 48 states.