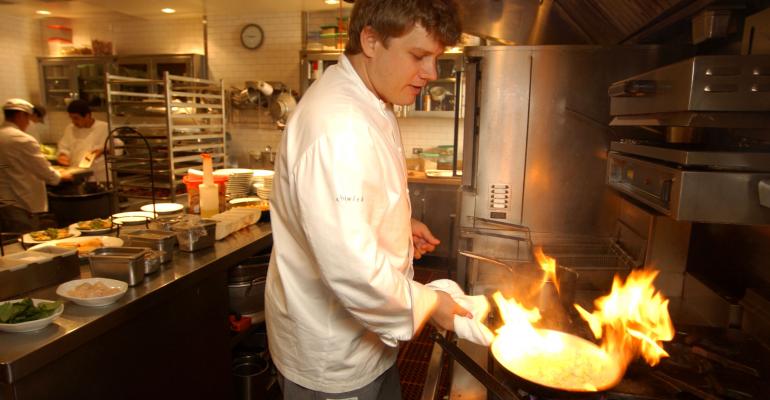 Many countries are known for their sophisticated palates—France, Italy, Spain—but the United States has never been one of them… until now. Finally, the food culture in America has evolved to the point that foodies have significant influence over the tenant mix at most shopping centers.

“People now, across all generations, are more educated about food and more interested in food, and now, dining out with friends and family is perceived as an entertainment experience in the way that going to the movies may have been in the past,” says Brenton Schrader, retail leasing director for Chicago-based HSA Commercial Real Estate, the developer of The Mayfair Collection, an adaptive reuse of a former industrial space into a regional shopping center located about 10 miles west of Milwaukee in Wauwatosa, Wis.

Schrader says Millennials, through their global awareness and social consciousness, have been largely responsible for inspiring a number of culinary trends that have taken root in this country, including the demand for organic, sustainable and locally sourced ingredients. “Now, the call for better-quality food by Millennials is seemingly being echoed across all generations, and the retail industry is slowly starting to take notice,” he tells NREI.

Tim Hughes, president and CEO of Falcon Realty Advisors, a tenant representation firm that specializing in working with restaurant and entertainment concepts, points out that Millennials desire experiential products and places, and restaurants satisfy that desire. They are choosing to spend their limited discretionary income eating out. Baby boomers, meanwhile, have more time on their hands and are also looking for more experiential dining.

The economic downturn really underscored the importance of the experiential aspect restaurants add to retail centers, notes Chuck Taylor, director of operations at Englewood Construction, a Lemont, Ill.-based firm that works with a number of restaurant concepts including Yard House, a Darden Restaurants chain that ties into the craft beer movement.

From coast-to-coast, regional and super-regional shopping centers are starting to look increasingly similar, given the consolidation and expansion of national retailers. Owners and landlords are hungry to find ways to differentiate their centers, and they’ve identified restaurants as a way to do so.

“Restaurants represent a significant opportunity for shopping center developers to define an authentic identity for a project and to set it apart from competing centers,” Schrader contends.

Terry Montesi, CEO of Fort Worth, Texas-based Trademark Property Company, agrees. “By carefully curating the right mix of retail and restaurants with local, regional, and some national brands, it makes our centers successful.”

Schrader says many ubiquitous national restaurant brands approached HSA Commercial Real Estate seeking space at The Mayfair Collection. But instead of leasing to those chains, the firm decided to carefully curate an eclectic mix of unique, local restaurants.

Beyond the restaurant mix, HSA Commercial has also designed The Mayfair Collection with a “cluster” of restaurants to encourage visitors to enjoy multiple restaurants in a single visit. “Rather than adhering to the staid idea that restaurants should be on a remote outlot surrounded by a sea of parking, we believe that clustering the restaurants together can create a longer and more enjoyable length of stay at the project and, in turn, drive sales for our tenants,” Schrader says.

The key to creating a vibrant, exciting mix of restaurants is for property owners to be responsive to their local restaurant trends and the desires of their customers, according to experts.

Trademark, for example, always conducts in-depth research within the local community to find out what it’s looking for. That research led to Trademark’s Conscious Place initiative, which is a development model that ensures its properties are more than just places of commerce, but also places of community and meaning, Montesi explains.

Trademark applied its Conscious Place initiative to Waterside, a 63-acre mixed-use development currently under construction in Fort Worth, Texas. “We learned that it is important to [the community] to support local, entrepreneurial and artisan merchants and restaurants,” Montesi says.

“We want to provide local entrepreneurs with the opportunity to lease space they might not otherwise be able to invest in, by offering them smaller spaces, shorter term leases, free outdoor seating and generous tenant improvement packages, as well as other benefits,” Montesi says.

Like Trademark, HSA Commercial also engaged the local community. When the firm began cultivating the restaurant mix for The Mayfair Collection, it solicited opinions on Facebook, asking visitors of the shopping center what types of restaurants they would like to see at the project.

“There were some interesting themes in the Facebook responses that provided guidance for our marketing efforts and also allowed us to show select restaurateurs the demand that existed for their particular restaurant or type of cuisine,” Schrader says.

With Whole Foods Market as one of The Mayfair Collections’ tenants, HSA Commercial found that its visitors were interested in locally sourced and organic food. Trademark found much the same thing, only 1,000 miles south.

“We are really seeing a demand for local and regional artisan restaurants, organic foods and a ‘farm to table’ strategy, as well as large outdoor seating areas,” Montesi says. “Our take away is that people are focusing on their local suppliers and merchants because that helps to create a stronger sense of community and bolster their surrounding economic environment. It’s a win-win for the whole community.”

Hughes has noticed an increased demand in healthy fast casual concepts such as Modmarket, which his firm represents, Lemonade, Tender Greens and Mendocina Farms. He’s also noticed growing interest in multi-faceted concept venues such as the growing segment of food halls.

Diners today have more options than ever, Taylor points out. “Retail centers need to look beyond the menu and think about restaurants as an entertainment destination that will help bring consumers in the door,” he advises. “Owners should be looking for new restaurant concepts that offer a unique experience in addition to great food.”