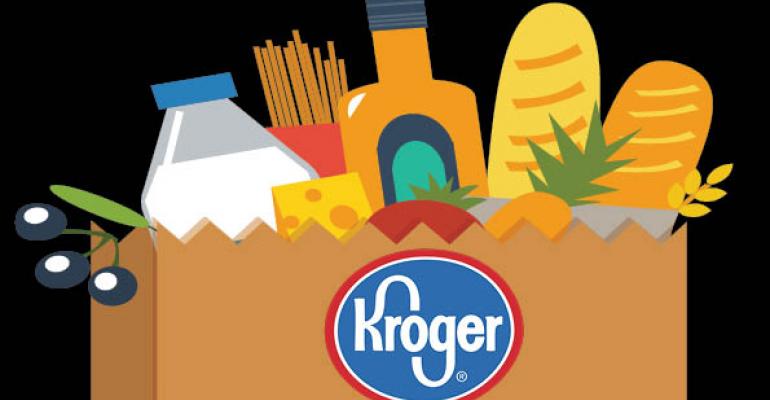 Those results make Cincinnati, Ohio-based Kroger a solid performer among grocers, and an absolute standout in the current retail environment overall. The company highlights another figure for the industry—785. That is the number of convenience stores that Kroger operated through five divisions by the close of the second quarter. Kroger increased its convenience store count by three between 2014 and 2015, according to the company.

The stores align with the direction most retailers are headed in, to operate profitably with smaller brick-and-mortar footprints. The question is, will the convenience stores help Kroger shore up its existing strengths?

Kroger does not have a lot of specific areas of business where it does exceptionally well or performs particularly poor, says Kurt Jetta, CEO of Shelton, Conn.-based TABS Analytics, a technology driven research firm that specializes in the consumer products industry. Despite the retailer’s size—it operates 2,781 food stores through an array of divisions in 35 states and the District of Columbia—Kroger avoids sprawl in the markets where it does business, Jetta notes. It enters into new markets and establishes a critical mass. After that, it tends to make sensible decisions about what store sizes are required to operate well.

“They don’t just go to the massive footprint for stores,” Jetta says. “They have a good sense of space.”

Kroger’s convenience stores are a plus for the company, since it handles the format more deftly than other grocery competitors, like Wal-Mart. The Bentonville, Ark.-based retailer launched Walmart Express, its small-store format, and then scaled back earlier this year. Wal-Mart executives did not quite get a handle on how to successfully operate the smaller format. These stores do not have the large amount of space to bring in the same vast array of merchandise that discount clubs can, and they cannot be too aggressive on prices.

With so much going in its favor, Jetta says it is a wonder why Kroger doesn’t post higher profits.

“I suspect they operate in union areas where costs are above those in the southeast,” he notes. “They are very strong in the Central and Northern parts of the United States.”

There is one area—online—where Kroger and smaller but effective competitors like Publix are not eager to penetrate. E-commerce is now such an integral part of the retailing business that companies value online revenue almost as much as they do their brick-and-mortar strategies. The thinking is that retailers want to be where their customers are spending their money, and in many cases that happens online.

Retailers like Kroger have not embraced online strategies for selling goods, according to TABS Analytics’ 4th Annual Consumer Value Study. It turns out that they don’t have to. The study found that 78 percent of 1,000 adult respondents said they made regular consumables purchases at grocery stores. Only 4 percent made regular consumables purchases online.

“A lot of retailers say, ‘my competitors have it. I have to have it,’” Jetta says, adding that grocers can afford to forgo that strategy. “Let them [have e-commerce]. There is nothing to have.”

Analysts and investors had expressed lukewarm opinions about Kroger’s second quarter 2016 performance. The company reported that total sales increased to $26.6 billion, but it was not enough to lift its entire revenue picture, which missed analyst estimates by $220 million, according to media reports. So it seems that while the company is not always on top, it is positioned to handle the influx of competition.

“They have a very consistent track record of trying to stay on trend,” Jetta says. “And certainly the small format is on trend.” 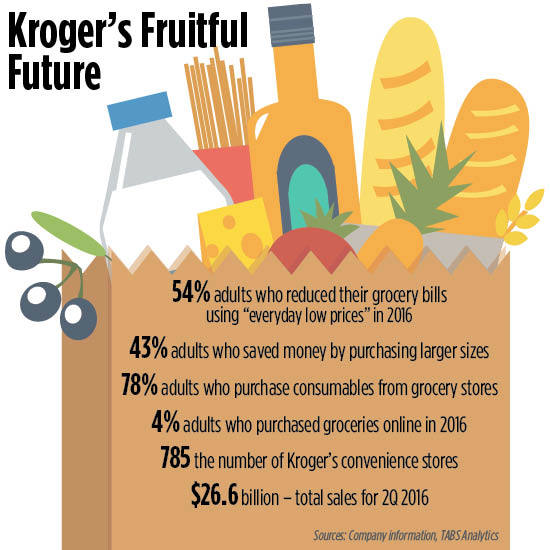