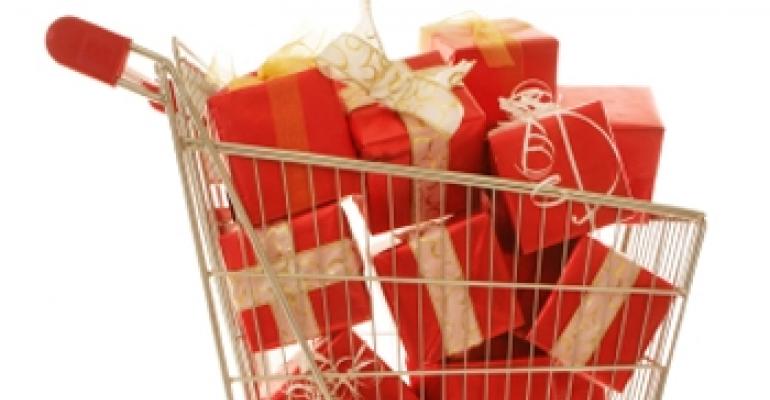 Holiday Sales Come in Strong, but Consumers Will Remain Challenged in 2011

The 2010 holiday shopping season has turned out to be a solid one for retailers, with same-store sales growth for November/December coming in at about 4 percent and total sales possibly breaking $525 billion. But many analysts warn that the respectable holiday season does not mean that retailers have yet turned a corner.

A combination of relief over the end of the recession and deep discounting on the part of retailers led shoppers to loosen their purse strings in November and December of 2010, according to observers. Going forward, however, reality will set back in. High unemployment, stagnant wage growth, continued weakness in the housing sector and other pressures will mean that consumer spending will be at a more measured pace in 2011.

From the end of October through the end of December, U.S. consumers spent some $36.4 billion, representing an increase of 15.4 percent over the same period in 2009, according to MasterCard Advisors’ SpendingPulse report. (The report tracks national retail and services sales based on aggregate sales activity in the MasterCard payments network, coupled with survey-based estimates on cash and check payments).

In November, same-store sales posted growth of 5.8 percent, according to ICSC. Shopper traffic rose 4.6 percent year-over-year, reported ShopperTrak, a Chicago-based research firm. By the time the final numbers come in, sales for November and December 2010 combined might total $525 billion, breaking the record set in 2007 with $508 billion in holiday spending, according to Craig Johnson, president of Customer Growth Partners, a New Canaan, Conn.-based research firm.

What’s more, sales growth seemed to be distributed throughout most retail segments, instead of being concentrated at discount stores, as in years past. In November, apparel retailers and department stores posted same-store sales growth of 4.2 percent, according to ICSC. Sales at luxury stores grew 7.3 percent and at discount stores (not counting Walmart) 2.6 percent.

In December, luxury stores and department stores continued their successful streak, with sales growth of 8.1 percent and 4.6 percent respectively. Apparel chains, however, ran out of steam, with growth of 0.8 percent. Discount stores posted growth of 0.9 percent.

Data collected by Kantar Retail for its ShopperScape survey indicates that both Toys ‘R’ Us and Target saw year-over-year increases in shopper traffic in both their physical stores and on their websites. Kohl’s, JC Penney and Macy’s saw more traffic on their websites than in 2009, but not necessarily in their stores, according to Frank Badillo, chief economist with Kantar Retail.

If a retailer didn’t have a strong holiday season this year, it’s a sign of underlying problems, notes Johnson. According to Customer Growth Partners, the chains that have done particularly well include Walmart, Macy’s, Target and TJ Maxx.

A number of factors converged to create the right conditions for a strong holiday sales season. A few months ago, the U.S. government declared an official end to the Great Recession, making people who’ve managed to hold onto their jobs and homes feel like they have survived the worst of it, notes Pam Goodfellow, senior analyst with Big Research, a Worthington, Ohio-based research firm.

The strong holiday spending “was actually surprising because consumer confidence is still down, unemployment is still a worry,” Goodfellow says. “But if you made it through the past two years, you might feel like you are safe.”

The elections in November might have further eliminated uncertainty from people’s minds, according to Johnson. Plus, retailers once again engaged in deep discounting, triggering shoppers’ value-conscious mentality, notes Badillo.

Going forward, however, a lot of the good feeling generated during the 2010 holiday season will prove to be unsustainable, Badillo says. As long as unemployment continues to hover near 10 percent, it will remain as a tempering force on consumer confidence and consumer spending. Plus, retailers won’t be able to maintain deep sales throughout 2011 as they have during the last two months of 2010.

“In a challenged economy, price becomes a much more important leverage point for retailers,” says David VanAmburg, managing director with the American Customer Satisfaction Index (ACSI). “So offering discounts will jump start spending in the short term. But you can’t sustain it, it’s just not workable because consumers will start to expect a better deal the next time and, also, it affects your profits.”

As a result of all these factors, plus more difficult year-over-year sales comparisons, sales growth in the coming year will likely be tempered, with average monthly figures similar to those we saw in 2010. Through November, year-to-date monthly sales growth for 2011 averaged 3.5 percent, according to ICSC.

“Unemployment is still a factor. We still have a lot of people out of jobs and a lot of households are dealing with significant debts they are trying to dig themselves out of,” Badillo says. “And those are significant factors that will affect how much spending households do.”