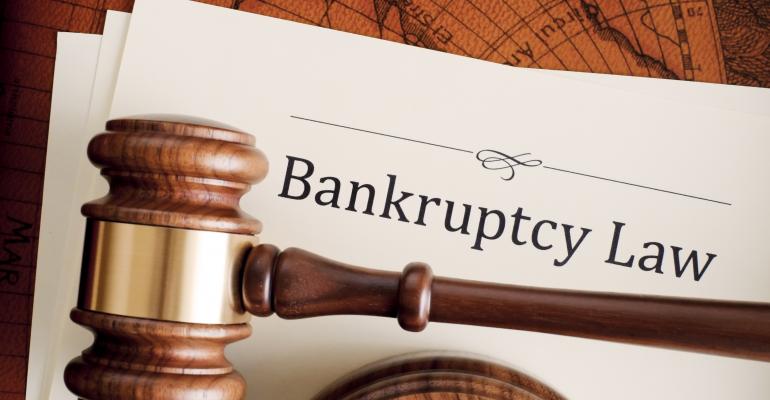 How Much Damage Would a Sears Bankruptcy Cause?

The &quot;going concern&quot; comment means it is unlikely Sears will last through next year, according to Davidowitz.

With one line in its recent SEC report, Sears Holdings validated what everyone in the retail industry had been thinking for years. Sears’ accountants acknowledged in the company’s 10-K report for the fiscal year ending January 28, 2017 that “historical operating results indicate substantial doubt exists related to the company's ability to continue as a going concern.”

“Everyone in the industry knows Sears is going bankrupt, everyone expects it. It’s getting to the point that they are eating their own flesh,” says Howard Davidowitz, chairman of New York City-based retail consulting and investment banking firm Davidowitz & Associates Inc. He cites the fact that “Sears and Kmart are burning through at least $1.5 billion in cash per year. You can’t burn through $1.5 billion per year and sell assets to cover it.”

Sears Holdings reported in its 10-K that it used $1.4 billion in cash in its operations during 2016, $2.2 billion during 2015 and $1.4 billion during 2014. From 2015 through 2017, the company has extended its domestic credit facility multiple times and took on significant secured loans to replenish its operating capital. Most recently, it made an amendment to its domestic credit facility to increase it by $250 million.

Looking at the overall picture, the "going concern" comment means it is unlikely Sears will last through next year, according to Davidowitz.

“It’s a giant red flag that confirms what people have been thinking when they saw poor comparable store sales and the money Sears has been losing annually,” says Neil Stern, senior partner at Chicago-based consulting firm McMillan Doolittle.

While forecasting when a bankruptcy could occur is tricky, this year’s holiday season will be “make or break” for Sears, Stern notes.

Recent cash infusions by CEO Eddie Lampert and Bruce Berkowitz, Sears’ second largest stockholder, via stock buys are “window dressing,” according to Davidowitz. Stern calls the moves a way to “prolong the inevitable.”

“Historically, retail companies have been able to go into bankruptcy and come out of it leaner, more profitable and ready to do business. That’s not the playbook for the past few years. Sports Authority ended up liquidating after bankruptcy, for example. If Sears enters into bankruptcy, I don’t think it will come back out of it,” Stern says.

Meanwhile, about $2.8 billion of CMBS loans with exposure to Sears and Kmart mature through the end of 2017, increasing the risk of default, according to a recent report from Morningstar Credit Ratings.

There are 448 stores that Sears and Kmart either own or lease that are included in CMBS pools, translating to 600 loans with a total balance of $31.99 billion, according to Edward Dittmer and Steve Jellinik, vice presidents at Morningstar Credit Ratings. Both men contend that “the going concern language is a red flag for the industry that bankruptcy is possible.”

It’s unlikely further stores will go to Seritage Growth Properties, Dittmer and Jellinik say, as that would not do service to the Seritage shareholders to take stores that don’t have value. “Seritage was created with the whole intent knowing at one point Sears would be going dark,” Dittmer says.

As the trend of repurposing retail space continues, the sheer number of Sears and Kmart closures if a bankruptcy were to happen would give landlords plenty to do. In their work researching the effects of shuttered anchor stores on malls, Dittmer and Jellinik have seen firsthand what is going on with Sears space that shutters.

“We are seeing some spaces getting leased, but it is often not very lucrative for the mall. For instance, taking one floor of a big box and putting in a discount furniture store, we have seen that happen, but it is just a way to get some cash into the mall property. It is not necessarily a lucrative solution. We have also seen the space reconfigured for office space—call centers, medical space (direct primary care, outpatient clinic),” Dittmer and Jellinik say.

Office space is a workable solution thanks to usually ample parking space. In addition, in certain cases municipalities have bought the stores from Sears and turned them into charter schools or municipal offices. Community colleges have also picked up some of the properties. That solution works in cases where Sears owns the land the stores are built on. In the end, however, there is only so much new office space or medical facilities any given community needs, Dittmer and Jellinik note.

Another consideration is that there is a price tag on reconfiguring a large store and the cost of doing that has to pencil out for the owners. Jellinik anticipates that it will be the landlords of lower quality class-B and class-C malls that will have the most trouble coming up with the additional cash that may be needed to fill vacant Sears spaces.

“What happens with Sears will be a catastrophe for shopping centers,” says Davidowitz. “What about specialty retailers that have been supporting these centers with their rent payments and have co-tenancy clauses giving them rights (e.g. reduced rentals in the absence of anchors)? The result is shopping centers are going to get killed.”

He adds that even though mall owners will in many cases find another entity to fill the empty spaces, the in-line tenants at these properties signed deals to be located in fashion meccas, “not to be next to a Kroger, medical office, etc.”

In February, Sears announced a $1 billion cost savings program to be completed through store closures, the simplifying of its organizational structure and streamlined operations. In the meantime, the company has continued in its efforts to make a profit from its real estate assets. In January, for example, CBL & Associates had closed on a sale-leaseback arrangement involving five Sears stores and two Sears auto centers located at its malls for $72.5 million.

In 2015, the company sold 31 properties through three joint ventures, one each with General Growth Properties, Simon Property Group and Macerich, in exchange for 50 percent interest in each joint venture, and rights for sale-leaseback through Seritage. The deals garnered aggregate gross proceeds of $2.7 billion.