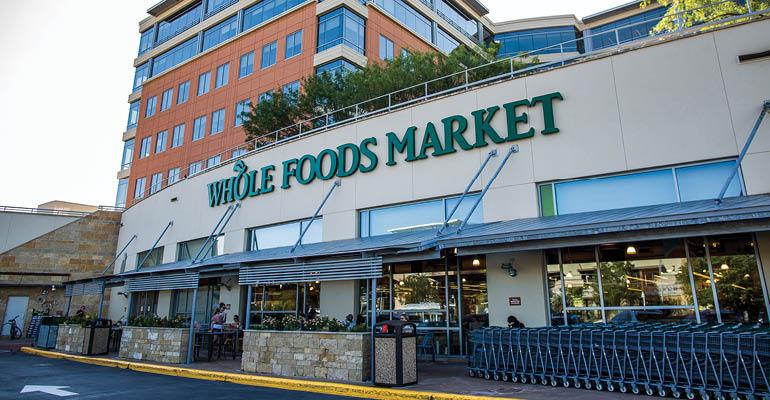 How Will the Amazon-Whole Foods Deal Affect Retail Real Estate?

Experts predict Amazon will use the Whole Foods stores, in part, as hubs for grocery pick-up and delivery, helping Amazon resolve the “last mile” dilemma.

Experts predict Amazon will use the Whole Foods stores, in part, as hubs for grocery pick-up and delivery, helping Amazon resolve the “last mile” dilemma of how to get products from local shipping hubs to nearby customers. Without a substantial brick-and-mortar presence, Amazon has struggled to effectively operate its AmazonFresh grocery pick-up and delivery service. Industry observers also expect Amazon to improve efficiency at Whole Foods’ distribution centers by incorporating the e-commerce company’s technology.

The Amazon-Whole Foods deal presents an opportunity for retail real estate investors, according to Matthew Harding, president of retail real estate services firm Levin Management. The combo with the e-commerce behemoth will help lessen “this perceived threat that all brick-and-mortar retail will be dead by next January,” he says.

Amazon’s purchase of Whole Foods should instill confidence in retail real estate investors, especially those whose portfolios include grocery-anchored properties, Harding notes. “Grocery-anchored shopping centers have always been one of the more stable property types within retail,” he says.

While retailers in other categories, including Sears, Kmart, Payless ShoeSource and RadioShack, are collectively shuttering hundreds of stores as they lose ground to e-commerce players, the Amazon-Whole Foods deal underscores the vital role of brick-and-mortar in the future of retail, Harding says.

Although the acquisition will disrupt the grocery business, it will also create “arbitrage opportunities” to buy grocery-aligned properties, says Joe McKeska, president and co-founder of Elkhorn Real Estate Partners, which provides advisory and investment services for the retail real estate sector, including grocery properties. Elkhorn is a division of A&G Realty Partners, a commercial real estate advisory and investment group.

“I think there are opportunities,” McKeska says. “But I think you also have to be more selective and more careful and more thoughtful in terms of how you make those decisions.”

McKeska — previously a real estate executive at Southeastern Grocers, owner of the Winn-Dixie, BI-LO and Harvey’s chains — says that from a macro perspective, retail real estate investors will need to weigh which grocers are likely to survive the shake-up and which are likely to wither. From a micro perspective, investors should scrutinize grocery store locations and market share, he says.

“It’s a good time for investors to really take a hard look at what they have in their portfolio,” McKeska says, “and make sure that they are comfortable with the assets they have and that it fits their overall investment profile and risk profile accordingly, especially in light of all the changes that are taking place.”

Through the acquisition, Amazon will control Whole Foods’ 440 stores in the U.S., as well as its 11 regional distribution centers, according to the Wall Street Journal. Those will be coupled with Amazon’s two drive-up grocery stores and eight brick-and-mortar bookstores, as well as its more than 70 fulfillment centers nationwide.

The Amazon-Whole Foods marriage — whatever shape it takes — will force other players in the grocery business, like Albertsons and Kroger, to adapt to the new environment and accelerate their growth strategies, notes Harding.

“They’re in a competitive industry. They know that Amazon and other players like Jet.com have been encroaching on their business,” he says. “If anything, [the Amazon-Whole Foods deal] will increase the need to modernize and evolve. And not everyone will do that.”

Grocery retailers that fail to modernize will fall by the wayside, just as some players in other retail sectors already have, according to Harding. McKeska expects the Amazon-Whole Foods deal to be something of a catalyst for “a wave of consolidation” in the grocery industry.

That’s a view shared by executives at Kroger, the country’s second largest grocery chain and once a potential Whole Foods suitor. In a June 15 conference call with Wall Street analysts, Rodney McMullen, chairman and CEO of Kroger, said the grocery business is “probably at the front end of the next phase of consolidation.” Michael Schlotman, Kroger’s chief financial officer, added that the anticipated consolidation will allow the grocery chain to increase its footprint in existing markets.

As if Amazon’s full-bore move into the grocery business weren’t enough, pressure on grocery retailers, including big-box mainstays Costco, Target and Walmart, is also coming from two German grocers that are expanding aggressively in the United States.

Discount grocer Aldi plans to remodel 1,300 of its 1,600 stores in the U.S. by 2020, and to add 900 more stores stateside by the end of 2022. Over the next five years, Aldi aims to invest $5 billion in new and remodeled stores. Meanwhile, discount grocer Lidl opened its first U.S. store on June 15 and intends to roll out as many as 100 stores along the East Coast by the summer of 2018.

At the same time, regional grocers Publix and Wegmans are broadening their footprints on the East Coast.

Not that long ago, Whole Foods had its own ambitious plans for expansion. In 2013, executives unveiled a strategy to grow to 1,200 stores nationwide. Later on, Whole Foods introduced a low-cost, pared-down concept called 365.

But in February, Whole Foods — amid a prolonged sales slump — abandoned the 1,200-store goal and announced the closure of nine stores. In the wake of the Amazon bombshell, McKeska wonders what will happen to the 365 format, which operates only four stores.

Even so, McKeska doesn’t think an Amazon-owned Whole Foods will pull back on opening more locations or redeveloping older ones. “I would be surprised if Amazon puts the brakes on that,” he says.

However, food industry expert Phil Lempert suspects Amazon will at least temporarily halt the addition of Whole Foods locations to take stock of the grocer’s expansion plans. The acquisition is scheduled to close in the second half of 2017.

“They’ll need some time to properly evaluate expansion locations,” Lempert says, “and look at what markets are over-stored and under-stored before they make a move.”

For his part, Neil Stern, senior partner at retail consulting firm McMillan Doolittle, says that under the Amazon umbrella, Whole Foods might wind up shrinking its footprint, although he emphasizes that Whole Foods’ leases will be secured by a “very financially sound owner.”

“While Amazon has very deep pockets, my guess is their first priority is to create omnichannel synergies versus adding more stores,” Stern says.