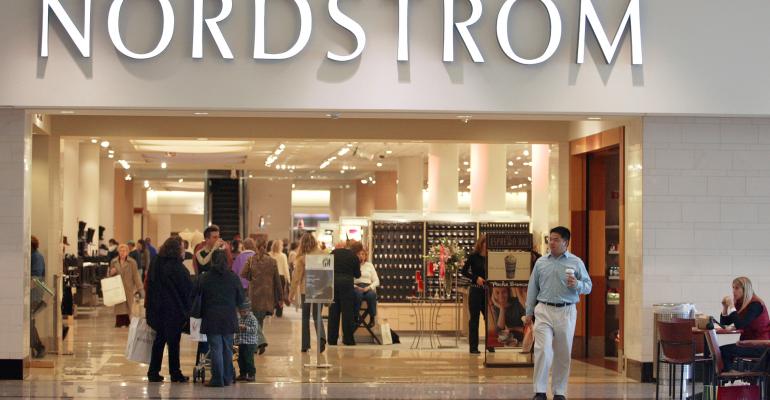 Industry insiders are not convinced the deal to take the department store chain private is dead.

In the renewed bid by family members of Seattle-based department store chain Nordstrom to round up financing and buy enough shares to take the company private, shareholders are being firm that the buyout group offer a fair price.

On March 5, the special committee of the board of directors received—and rejected—an offer on the company because the board felt the offer was too low. The prospective buyers, consisting of about a half dozen Nordstrom family members and a private equity firm, proposed to buy all of the company’s outstanding common stock, and about 21 percent of family-owned shares, for $50 per share.

Industry insiders, however, are not convinced the deal is dead. Rather, they will be looking more closely at whether the retailer would be able to successfully manage any debt that the company incurs in a buyout.

“They need to maintain good cash flow, because they are about to take on a lot of debt,” says Jan Kniffen, CEO of J. Rogers Kniffen Worldwide Enterprises, a New York City-based equity research and financial management consulting firm specializing in retail, who thinks the parties could end up agreeing on $55 per share.

Nordstrom family members had arranged up to $2 billion in funding from Leonard Green & Partners, a Los Angeles-based private equity firm, according to research firm KeyBanc Capital Markets that cited a filing from the purchasing group. The group also obtained up to $7.5 billion in additional funding from two other sources.

KeyBanc Capital Markets argues that a deal could happen at $52 per share, driven by three main factors: Nordstrom has one of the most capable management teams among the companies that it covers, Nordstrom invested in e-commerce early and its margins are indifferent to online or in-store sales.

The retailer is not overstored with full-line locations, and its off-price business is underappreciated, KeyBanc researchers argue.

In an analysis of about five different transaction scenarios, KeyBanc analysts estimate that the Nordstrom purchasing group would need a debt contribution ranging between $3.8 billion to $5.8 billion, depending on the amount of cash that will eventually be contributed to the deal.

Whether that debt burden could turn out to be too heavy a liability for Nordstrom is unclear. As of October 2017, the company was already carrying more than $2.6 billion in long-term net debt.

But when it comes to its real estate, the chain appears to be in solid shape. According to its most recent fourth quarter report and 2016 annual report, Nordstrom had just 122 full-line stores, including about 98 owned stores on owned land. It owns the property and land of only one of its Nordstrom Rack stores, while the other stores are leased.

“No one is looking at this and going, ‘We will lose a bunch of Nordstroms,” Kniffen says. “If I were a landlord, I would be more worried about Saks and Lord & Taylor than I would be about Nordstrom.”

The move to go private appears to be one way for Nordstrom family members, who are also part of the company’s management team, to make decisions at their preferred pace, unfettered by dissident shareholders, Kniffen notes.

“The family wants to control the business,” he says. “They’ve got things they want to do that they don’t think will be popular with short-term shareholders.”