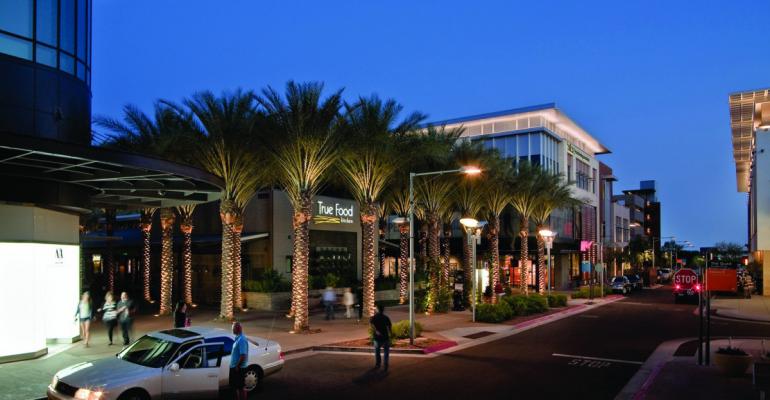 Successful projects like The Grove in Los Angeles or Scottsdale Quarter in Scottsdale can do as much as $800 or $900 in average sales per sq. ft.

The Hanover Mall in Massachusetts represents a Boston retail market enjoying a surge of economic growth. Its owner, PECO Retail Partners, is planning to redevelop a 200,000-sq.-ft. outdoor portion of the mall and turn it into a lifestyle center.

If all goes well with the plan, which calls for tax concessions from the town, PECO could start developing the lifestyle center in three years, according to news reports.

Boston is not the only market that stands to benefit from a new lifestyle center. Earlier this year, Endeavor Retail Group opened The Parke, a 350,000-sq.-ft. property in Cedar Park, Texas.  Nationally, landlords and investors are taking ideas from the lifestyle center to update their properties. Industry experts expect the changes to help landlords’ portfolios withstand the major shifts occurring in the way Americans shop and spend their free time.

“Landlords are being forced to be more creative,” says Michael Nagy, a senior vice president in the Dallas office of real estate services firm CBRE. “You cannot put a center out there to the public and say, ‘Here is my shopping center.’ It has to be experiential.”

They started from the middle

Poag & McEwen of Memphis was among the landlords that pioneered the format in the late 1980s, characterizing lifestyle centers as outdoor retail centers leased to tenants generally found in enclosed malls. The centers first appeared in small Midwestern towns to offer shoppers more variety than the typical enclosed mall. Now they appear in upscale markets such as Los Angeles and Scottsdale, Ariz.

“It was mall tenants that weren’t in the mall or that wanted to get out of the mall,” Nagy says. “Landlords offered a better mousetrap—an outdoor venue with lower net rents. That is how it got off the ground.”

The lifestyle center count in the U.S. totaled 497 as of year-end 2016, according to data compiled by the ICSC. That represents a slow, but steady increase over the 451 existing lifestyle centers in 2012.

Much like with other retail properties, the success of these centers depends on their locations. Yet in an era where retailers are announcing thousands of store closings, lifestyle centers offer landlords a better chance of withstanding the shift occurring in retail.

“As a format, it allows landlords to be more creative,” Nagy says, adding that CBRE advises landlords not to turn away lucrative leasing deals from tenants such as nail salons, yoga studios or fitness centers. “[Their] look and feel and the way they are built offer more flexibility.”

That flexibility is critical in today’s retail environment. In a recent look at retail store closings announced for 2017, Fung Global Retail & Technology Weekly Tracker found that about 5,321 retail closings were announced by June 23.

Lifestyle centers afford landlords the flexibility to offer spaces to flea market operators or even use a wing of the center to create incubator shops to local small businesses, as examples. The key for landlords is to offer as many different services and attractions to the local consumer as possible, particularly at a time when American do more and more shopping for apparel and accessories online.

“You have to be as many different things to as many different people to survive,” Nagy says. “It’s about getting people to your [property] every week as many times [as] you can. Lifestyle centers are set up to weather the storm better than a lot of other product types.”