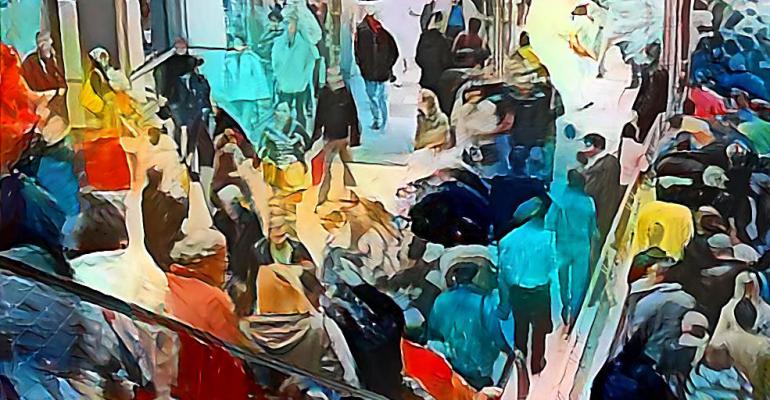 In a Q&A with NREI, Robin Abrams delves into the rise of e-commerce, offers her take on the state of retail real estate and discusses the impending acquisition of Whole Foods.

Given the steady drumbeat of store closures around the country, retail real estate veteran Robin Abrams has made a big career move at an intriguing time.

On June 1, Abrams joined Manhattan-based commercial real estate firm Eastern Consolidated as vice chairman of retail and principal. Abrams previously served as vice chairman and principal of The Lansco Corp., the Manhattan-based commercial real estate firm where she’d worked since 1979. When Abrams hopped from Lansco to Eastern Consolidated, she brought along her three-member team of brokers.

At Lansco, Abrams cultivated leasing deals for companies including Citibank, The Children’s Place, Room & Board and Bang & Olufson, along with fashion brands like Bogner, Reiss, Penguin, Tracey Reese, Saint James and Gemelli Milano. Her tenure at the firm included landlord representation for several high-profile properties on Manhattan’s Fifth Avenue and Madison Avenue.

Abrams will be putting that expertise to use as she and others in retail real estate cope with the ongoing seismic shifts in the industry. Abrams notes that she and her husband exemplify the growing conundrum of how e-commerce and brick-and-mortar stores can both compete and coexist in today’s retail landscape.

“My husband is an online shopper. If he needs a screw for 5 cents, he will order it on Amazon. How they make money on guys like him, I don’t know,” she says. “But I am a brick-and-mortar shopper. I may look at things online to get ideas, but I will always ultimately want to go to the store to touch and see and feel before I buy.”

In a Q&A with NREI, Abrams delves into the rise of e-commerce, offers her take on the state of retail real estate and discusses the impending $13.7 billion acquisition of Whole Foods Market by Amazon. The Q&A has been edited for length, style and clarity.

NREI: Obviously, store closures have been in the news a lot lately. What’s your outlook for retail real estate?

Robin Abrams: I normally like to be optimistic, and I do believe that things go in cycles. The rents in many parts of the country became much too aggressive, and so, in part, we’re seeing a natural correction with softening of rents, which will lead to increased opportunity for some tenants who were priced out of the market.

I do think that as the world has changed and shopping patterns are modified, it becomes more and more difficult for retailers to compete if their product is not spot on, and that is why we’re seeing so many store closures.

We’re seeing retailers that have been around for many years that are not competitive, whose product is not fresh and original and constantly changing in order to compete. A lot of those retail companies have had ups and downs over the past couple of years, and they are now going through bankruptcies. That doesn’t mean that there aren’t new, exciting brands that are doing it right, that are able to compete and be successful in this environment.

And, by the way, many of them are combining e-commerce sales with brick-and-mortar, and the two go hand in hand and build a company’s overall sales and are complementary. Most sophisticated retailers understand that they’re going to be missing potential sales if they do not have a very strong e-commerce business in conjunction with standalone stores.

NREI: If you’re a retail landlord, how should you be positioning yourself or adjusting your plans in light of what’s happening in retail right now?

Robin Abrams: Smart landlords are doing a couple of things. Number one, they’re being more flexible and more creative in doing deals. They’re looking at all kinds of alternatives they might not have considered in what was a stronger retail market. They’re doing pop-ups or shorter-term deals. They’re offering tenants incentives or being creative in terms of how they structure deals to entice retailers to pull the trigger and open a retail store, while at the same time allowing the retailer to mitigate some of the risk that’s intrinsic in doing that.

Number two, landlords are looking at the overall deal terms, and adjusting the rents so they can be competitive and realistic in order for retailers to take advantage of their offerings.

NREI: How does that affect what you do on a daily basis?

Robin Abrams: I have to work twice as hard to make a deal and earn a commission. But I do think, in a good way, that there are lots of alternatives in terms of how we approach our business and how we are enabled to do deals in what has become a challenging retail environment.

NREI: If you’re a retail landlord, should you be worried about the Amazon-Whole Foods pairing? Should you be excited? What should your mindset be?

NREI: What effect will the Amazon-Whole Foods deal have on grocery-anchored retail properties?

Robin Abrams: I think that the grocery model is potentially going to have to change in order to accommodate and compete with the Amazon-Whole Foods situation. More and more households are starting to order their dry grocery goods online. What was difficult for the grocers to be able to do was to service the fresh foods, and it was only the online-only grocers that did go ahead and set up distribution centers that could accommodate that. Now, you’ve got all of these other grocers that have brick-and-mortar stores and they may have to, in order to compete, offer some sort of online sales with home delivery.

NREI: What will be the effect of the Amazon-Whole Foods deal on retail real estate?

The Amazon-Whole Foods situation is a great example of that, because Amazon could not be in the fresh food business if not for the existing Whole Foods stores, which will provide them with a retail venue and, more importantly, distribution centers. From that point of view, it’s brilliant. It allows both companies to expand their business platforms and reach an audience that’s synergistic and is pretty much a shared customer base, and to increase their business overall.