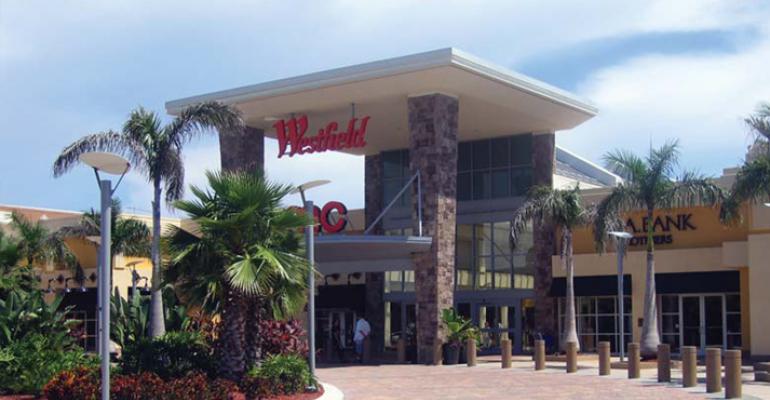 Lowered Value Estimates Are Becoming an Issue for Regional Malls

The best, and simplest, course of action is to backfill the empty anchor spaces, but that tactic might be difficult to carry out.

In a recent market note, Morningstar Credit Ratings lowered its value estimate for Westfield Sarasota Square, an 850,000-sq.-ft. mall in Sarasota, Fla., to $39.0 million, a 69.9 percent reduction from the $128.4 million it was worth at the time the original loan was issued in 2013.

The Chicago-based research company does not consider the current loan to be at risk of default, but the lowered value estimate has pushed the mortgage’s loan-to-value (LTV) ratio to 97.4 percent. If the property continues to perform as it has recently, owner Westfield Corp. has a smaller chance of securing takeout financing when the loan comes due.

Sarasota Square currently features AMC, Costco and JCPenney as anchors. The mall has just weathered an anchor and tenant exodus, demonstrative of the turbulence that has overtaken the retail real estate sector. Both Macy’s and Sears have exited their anchor slots this year. Since the spring Lids, Rue21 and Starbucks have also closed their locations at the property, according to a report from the Herald-Tribune.

Sarasota’s other issue is more fundamental. It faces stiff competition from two properties located within about 31 miles, the Port Charlotte Town Center and Westfield Siesta Key, formerly known as Southgate Mall. Southgate is anchored by Macy’s and is considered a higher-caliber mall with a more upscale demographic, according to Fitch Ratings.

If Westfield cannot refinance the Sarasota Square loan by 2023, it will probably have to choose between several alternatives, according to Edward Dittmer, the head of CMBS surveillance and a senior vice president at Morningstar Credit Ratings. The Sydney, Australia-based company could choose to repay the loan with cash, or refinance the balance with a smaller loan and make up the difference with cash. It could also renegotiate the terms of the debt with special servicers.

Sarasota Square is not unique in its anchor and tenant losses, or in the options that it faces when balances come due.

“Over the past year, there have been a number of maturity defaults on regional mall loans,” Dittmer said in an email message. “The effects, however, have been primarily felt by class-B malls, particularly those in secondary and tertiary markets.”

The best, and simplest, course of action available to Westfield is to backfill the empty anchor spaces, according to Dittmer. That tactic might be difficult for Westfield to carry out, considering that department store operators have announced plans to close more than 730 locations over the next couple of years.

“This is not to say that Westfield has to find a new department store anchor,” Dittmer says. “Some malls have been successful in breaking up vacant anchor spaces and leasing them to new tenants.”

Calls to Westfield were not returned before press time.

Westfield is certainly not alone in holding a property with a lowered value estimate. Last year, Morningstar Credit Ratings lowered the estimated collateral value on the Killeen Mall in Fort Hood, Texas, to $67.1 million from $102.5 million, a 35.4 percent drop, according to news reports. At the time, the property still had a mortgage of $82 million on it, giving it an LTV ratio of about 122.2 percent.

Several other retail properties have withstood lowered collateral values ahead of maturity defaults in recent years, including Independence Center, owned by Simon Property Group in Indiana, the Acadiana Mall and the Chesterfield Mall, owned by Tennessee-based CBL & Associates, and Killeen Mall, owned by Oxford Properties Group.