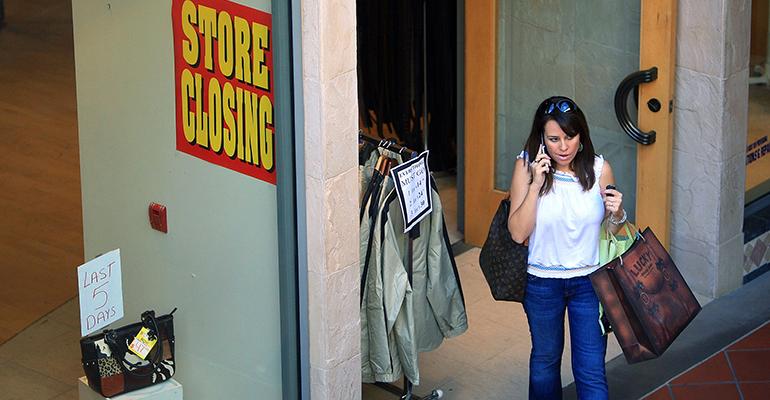 Regional mall REITs delivered a negative year-to-date return of 11.7 percent, according to NAREIT.

Regional mall REITs delivered a negative year-to-date return of 11.7 percent, according to NAREIT’s analysis of how 30 retail REITs performed by July 31. However, mall REIT’s chief executives remained optimistic that they still had solid strategies to deliver value to shareholders and property investors.

Philadelphia-based PREIT is one year into its strategy to transform its portfolio into a collection of high-end mall properties with a growing assortment of dining and entertainment options to appeal to Americans’ changing shopping habits.

PREIT’s same-store NOI rose to $60.2 million in the second quarter of 2017, compared with $60 million for the same period one year ago. The REIT attained $468 in same store sales per sq. ft. for the year ended June 30, and CEO Joe Coradino said the company was approaching another high mark in same store sales, of $525 per sq. ft. The company expects non-anchor occupancy to range between 93 percent and 94 percent. PREIT currently owns 22 malls that comprise 23 million sq. ft. of retail space.

“We are not in a catastrophic environment,” Coradino said about the retail environment during a conference call about the company’s results. “This is simply a redirection, and it is likely as bad as it is going to be.”

The company also continued to take control of department store anchor spaces through a combination of acquisitions and ground leases, such as selling a Macy’s parcel at Moorestown Mall in Moorestown, N.J. for $8.9 million and arranging a long-term ground lease at the Plymouth Meeting Mall in Plymouth Meeting, Pa. Just ahead of publishing its earnings, PREIT announced that it had carried out three transactions that raised $75 million toward its capital plan.

As for the second half of 2017, company executives noted that four of its anchor boxes are still vacant. Coradino said the company expects to open 350,000 sq. ft. of new retail in anchor spaces prior to the holiday season. Company executives also plan to meet foreign investors next week to discuss potential joint venture opportunities. While Coradino reiterated that the equity markets consistently undervalue PREIT’s underlying properties. He noted that selling joint venture interests in the properties is a way to monetize some of that value.

“It is a tough environment to sell interests, and we are not prepared to give anything away,” Coradino said. “Pricing discovery is important to us.”

The Indianapolis-based Simon Property Group continued to refine its portfolio through newer developments. It opened some new properties during the quarter, such as the 332,000-sq.-ft. Norfolk Premium Outlets in Norfolk, Va.

Simon’s NOI growth for the total portfolio was 5.0 percent during the second quarter, and comparable property NOI growth was 4.4 percent, the company said in a statement. All told, occupancy levels were at 95.2 percent for malls and premium outlet centers. On an earnings call, chairman and CEO David Simon said retail sales on an NOI-weighted basis were at $770, according to a transcript provided by Seeking Alpha.

A recurring issue for both Simon and retail REITs overall is the need to deftly negotiate new leases in an environment when so many longstanding retailers are closing stores. However, newer brands are still looking for space. In terms of how the REIT decides when to provide rent concessions or when to close stores, Simon said that he and Richard Sokolov, the REIT’s president and COO, do their best work in tough business climates.

“A lot of that is because we have the judgment of when to fish or cut bait, when to help a person restructure, when not,” Simon said during the call. “A lot of these are judgment calls.”

Simon’s average base rent had increased by 3.3 percent in the second quarter, while leasing spreads at malls and premium outlet centers increased by 12.9 percent.

“The recapture, redevelopment and re-tenanting of department store boxes is what we do,” GGP CEO Sandeep Mathrani said during a conference call to discuss the company’s earnings.

At the end of its second quarter the Chicago-based REIT had no empty boxes, after having acquired and refurbished 115 locations to date, Mathrani said. Retailers of all types want to be in the best real estate locations, he said, so when the company does recapture a department store, the location is generally already pre-leased prior to redevelopment.

In July the company acquired an additional interest in 13 Sears locations from Seritage Growth Properties. In eight of them, the company controls 100 percent of the real estate and surrounding land, comprising 1.5 million sq. ft., Mathrani noted.

The company has largely leased the space to restaurants, fitness centers, entertainment venues, supermarkets and other large-format stores.

GGP also bought five more locations comprised of one million sq. ft. at four class-A malls and one class-B-plus mall. Sears will continue to occupy about 400,000 sq. ft. at the property, but at a cost to GGP: tents will be around $4 per sq. ft., well below the market rate of $35 per sq. ft.

Overall, the company’s NOI had increased by 1.3 percent, to $551 million. In terms overall lease spreads, Mathrani said that metric was up 10 percent, and up more than 13 percent when it was NOI weighted.

Retail bankruptcies and store closings during the second quarter have impacted leasing for Santa Monica, Calif.-based Macerich, reducing its portfolio occupancy rate to 94.4 percent by June 30, down from 95.0 percent a year ago.

Perlmutter said the company expects that some of the store closures will carry over into the third quarter, and that average sales for the stores in the second quarter were at about $250 per sq. ft.

Aside from withstanding hits to occupancy, Macerich is also paring down non-core assets from its portfolio, partially in a bid to fund stock buybacks. The company is in talks to sell property along the 500 North Michigan Avenue area, and use the proceeds for a buyback. Disposing of community centers to raise that cash would also be an option, according to remarks from Art Coppola, Macerich chairman and CEO. Not every property type is on the table to raise money for a stock buyback, however.

“We are not currently entertaining the idea of selling what you would call ‘B’ malls,” Coppola said.