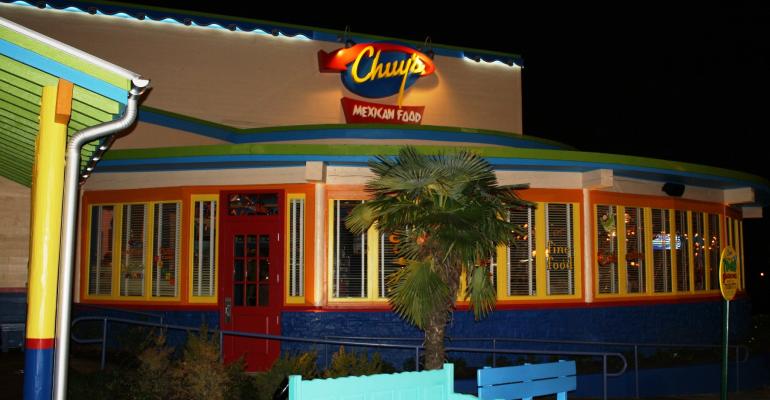 Investors have been trying to recreate the success of that investment ever since, creating a gold rush in the restaurant industry as private equity groups and venture capital firms all pump money into young concepts seeking the next big thing.

Interest in emerging concepts is as high as it has ever been this year. Private equity groups are funding younger and younger companies. Venture capital firms have emerged to put money in a sector they had long ignored. Even some established restaurant chains have gotten into the act.

In the past three years, private equity groups and other investors have put money into 31 different concepts with 20 or fewer units. That includes 10 such investments so far this year, according to an NRN analysis.

The list is not a comprehensive one. It is based on public announcements and information from various sources. The list focuses on private equity groups, venture capitalists and private placements, along with a few select strategic investments that are considered private equity-like deals — such as the investment in the three-unit PizzaRev by Buffalo Wild Wings in 2013.

We might have missed a few deals. And, the list does not include second- or third-round investments in early-stage concepts — something relatively rare in the restaurant industry until recently. In many cases, these additional rounds have come fast. 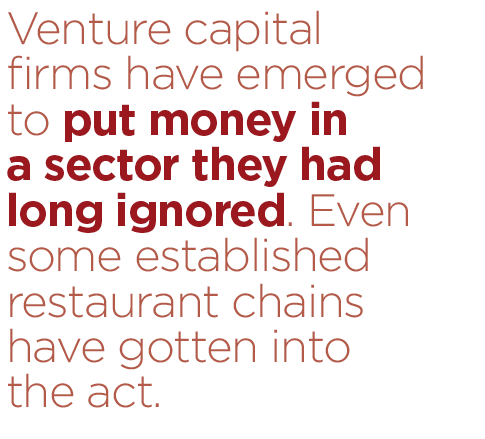 The seasonal-focused Sweetgreen received an initial round in 2013. It received a second late last year. And seven months later it got a third round.

Mediterranean concept Cava Mezze Grill announced one round in the spring, and then another just a few months later. MOD Pizza, likewise, has received multiple investment rounds.

To be sure, investors have long put money into upstarts, but longtime industry observers suggest the current environment is as flush as it has ever been. Recent deals also indicate that investors are now looking at restaurant companies earlier.

Most of the concepts receiving money are fast-casual chains, which is where restaurant industry growth is currently concentrated. And in many cases they have unique menus that are not as common among the larger, nationwide legacy concepts. That includes a waffle sandwich concept called Bruxie, and an Italian concept that serves burrito-like wraps, Piada Italian Street Food, as well as Middle Eastern food (Naf Naf) or Indian (Tava Indian Kitchen).

Fast-casual pizza chains have been a particularly popular investment. Investors have pumped cash into MOD Pizza, Project Pie, Your Pie, Patxi’s Pizza, and PizzaRev in just the last three years.

At least some of the money is flowing into the restaurant industry by default.

“The increased interest in the restaurant landscape is in large part driven by a lack of growth opportunities in sectors outside of the restaurant space,” said Brian DeLeo, vice president in the corporate finance division at Deutsche Bank Securities.

“There are many opportunities within the restaurant space to find meaningful long-term growth potential, which cannot be said for many other sectors.”

Investors, he said, are taking a “very long-term approach” with these deals.

Within the restaurant space, it’s also difficult for investors to find reasonable deals among more established growth chains. Those chains often fetch high multiples. Or they have the opportunity to take themselves public.

Shake Shack's strong IPO has positioned its investor for a valuable exit.

So private equity investors can put millions into an upstart restaurant chain, even for a minor piece of equity, in the hopes of cashing in down the road. And while it might be a lot of money to the restaurant, it’s pennies to a large private equity group.

The flourishing market for restaurant IPOs is also driving interest. Because companies can go public at an earlier stage, where many are receiving large valuations, investors believe they can make major returns down the road.

“Investors want to catch lightning in a bottle early in the brand’s lifecycle, which is why we’ve seen some investors acquiring concepts with only five to ten locations,” DeLeo said.

In 2012, Leonard Green & Partners invested in a burger chain out of New York with a few units but a big reputation: Shake Shack. Less than three years later, Shake Shack went public, got a huge valuation and set the stage for a valuable exit.

Not all of these investments will end so well. Some deals have already turned over. In 2014, Lee Equity Partners invested in the six-unit fast-casual pizza chain Project Pie, but divested that interest earlier this year. TSG Consumer Partners in 2011 bought into the Oregon coffee chain Stumptown Coffee Roasters — and this month sold that concept to Peet’s Coffee & Tea owners JAB Holding Co.

“There is clearly some brand and fad risk around particular segments and concepts,” DeLeo said. “Trends are changing rapidly, so operators and investors need to be agile and able to pivot to remain on trend.”