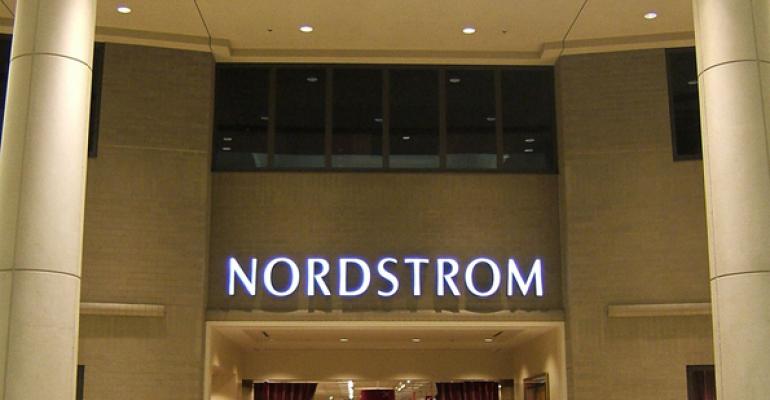 So it made sense when Nordstrom, based in Seattle, announced in 2014 that it would continue to invest in e-commerce, to deliver merchandise to its customers in whichever way they preferred. In the first quarter of that year, the retailer’s direct net sales had increased year-over-year by 33.0 percent, on top of a 25.0 percent increase experienced the year before.

But it didn’t take long for the threat of e-commerce cannibalization to manifest at Nordstrom, similar to how an autoimmune disease attacks the body. The company reported that in the fourth quarter of 2015 same-store sales for its off-price division, Nordstrom Rack, dipped 3.2 percent.

The division also had its first annual same-store sales dip, according to various analyst estimates.

“You are seeing some cannibalization, and that is eroding profitability for all my companies, and also distorting the sales,” says Richard Jaffe, a managing director of soft lines retail equity research at Stifel, an asset management and research firm.

The question now is: How can Nordstrom successfully grapple with the complexities of omni-channel retailing, on top of entrenched challenges from a growing field of bricks-and-mortar competitors? Word began to circulate on March 10 that the company would hold its technology investment to $300 million, 2015 levels, ultimately resulting in tech job cuts.

So what can landlords ultimately take away from Nordstrom’s e-commerce strategy and its impact on its brick-and-mortar operations?

The irony of Nordstrom’s successful focus on the customer

Analysts believe that e-commerce will eventually mature and contribute to sales growth and earnings again, even if it by modest amounts.

“We all agree that you must offer the consumer the opportunity to shop online,” Jaffe says. “The customer prefers it and often chooses it.”

Nordstrom has positioned itself as affordable luxury, a retailer that is more accessible than Bloomingdale’s, Saks 5th Avenue and certainly Neiman Marcus, but it is also clearly a luxury retailer for the brand selection and service it offers its customers. If a customer walked into a store intending to buy a pair of Ferragamo shoes, for instance, the sales professional could call up all inventory information about the item, and pull from stocks at other Nordstrom stores, a Nordstrom distribution center or even from Ferragamo, which shares its inventory with Nordstrom, Jaffe notes.

With the launch of e-commerce divisions, companywide inventories became available to customers around the clock and they didn’t necessarily need to visit stores to make their purchases. If a customer needs to return an item, however, the internet-brokered purchase normally ends up back in the retailer’s inventory. The launch of the off-price Nordstrom Rack division has effectively helped solve that issue for Nordstrom, however, by absorbing the excess inventory from its various channels and putting it in physical stores.

What’s more, Nordstrom Rack doesn’t provide a typical discount store environment, according to Jaffe. The chain organizes its floor stock by brand name, so that label-conscious shoppers can target specific deals with the designer prestige they want.

“Nordstrom Rack has positioned itself as the best in a ‘good,’ ‘better,’ or ‘best,’ scenario,” Jaffe says.

Nordstrom sets its sights on Manhattan and Canadian customers

E-commerce has permanently complicated the business of retailing regardless of price point, brand name or how long a retailer has been in business.

Nevertheless, new store openings are important to maintaining the company’s sales momentum and curb excitement for consumers. Despite the challenges of bricks-and-mortar operations, Nordstrom has unveiled plans for its first Manhattan flagship store, and Nordstrom Rack is expanding into Canada.

When retail stores first open, they generally contribute about 60 percent to 70 percent of average chain sales to overall volume. In year two, stores have a 10 percent sales gain. By year five, new Rack locations begin to perform like all of the chain’s other existing stores, Jaffe notes.

Even accounting for the inescapable realities of e-commerce, Jaffe anticipates a 3.0 percent same-store store sales growth in the second half of 2016. Full-line Nordstrom and Nordstrom Rack store counts could increase to 125 and 244, respectively, by 2017.

As for companywide fundamentals, earnings per share could be flat year-over-year. Then in 2017, momentum from previous investments could result in same-store sales growth of 1.0 percent.